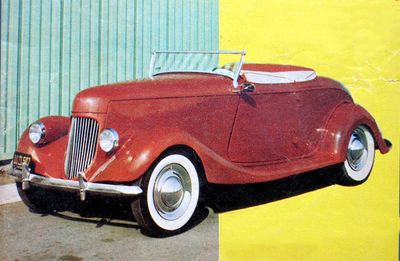 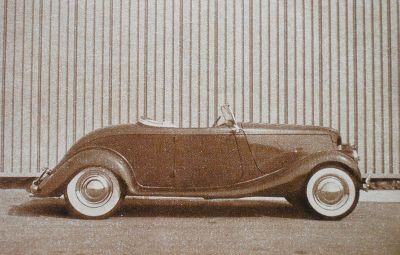 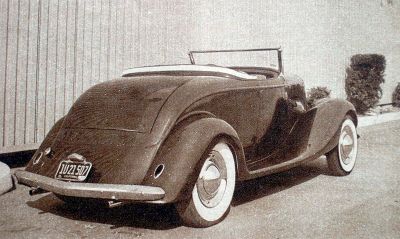 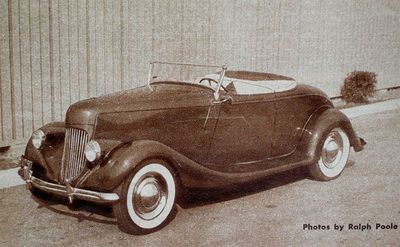 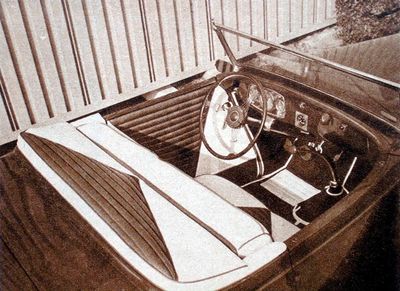 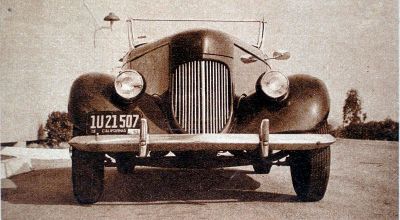 1934 Ford Roadster restyled by Bill Scown of Hollywood, California. When Bill bought the car, the previous owner had started the basic body work. The car received a compact appearance by removing trim and filling in body components such as the hood nose, hood side panels, and deeply valanced rear fenders. A body panel was added between the fenders, changing the familiar appearance of the roadster. The stock taillights were replaced by 1938 Ford taillights, and the rear bumper was a Studebaker unit. Headlights from a 1940 Chevrolet were molded into the fenders. The alligator type hood opened from the front. The hood covered a mildly reworked 1946 Ford V8 engine with full compliment of added accessories. Once the bodywork was completed the car was painted in a bright red lacquer.

Please get in touch with us at mail@kustomrama.com if you have additional information or photos to share about Bill Scown's 1934 Ford.