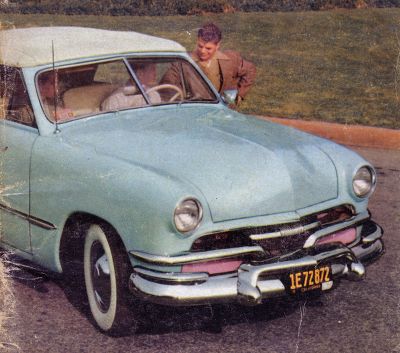 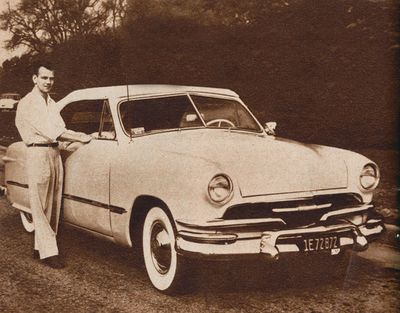 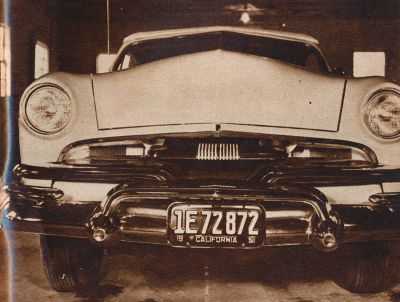 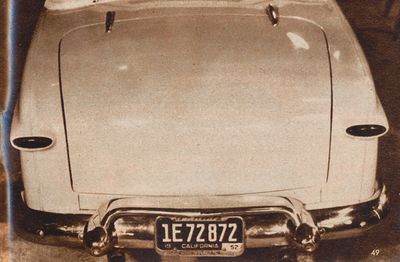 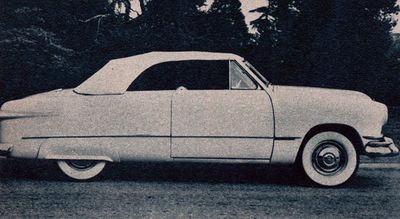 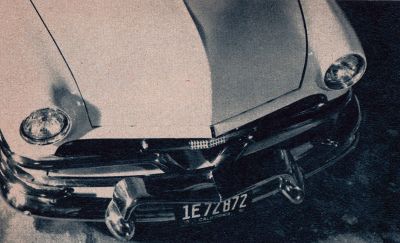 1949 Ford Convertible restyled by Gordon Vann's Body Shop for Bill Irwin of Pasadena, California in 1952. Bill brought his stock Ford to Gordon and told him he wanted a clean conventional car with more practicality embodied in it than he had seen in other customized cars. With this in mind, Vann began by replacing the stock hood with a 1951 Ford hood. The new hood was shaved and peaked. Vann peaked the hood by heating, hammer stretching and shrinking the metal to the desired form without using any lead. Lead was costly and added unnecessary weight to the body, so Vann preferred to use his bodywork skills along with a torch and hammer instead. After reworking the hood, Vann removed all exterior chromework including bumpers, grille and other miscellaneous items.

A 1952 Kaiser bumper was installed in the front. The Kaiser bumper fit the Ford body of the car without any major modifications and all Vann had to do to the bumper was to re-arrange the brackets. The top edge of the grille cavity was dressed up by installing a stock 1951 Ford top grille bar. The grille bar was faired into the body at the ends and welded into place. The wide exterior surface was sanded and painted over, leaving a one-inch lower edge in chrome. A Lincoln floating bar was installed just below the top chrome lip. A wing-shaped 1952 Pontiac center grille was then installed below the Lincoln bar. The ribs that ran through the surface of the Lincoln bar were divided by painting between them with the same color as used on the rest of the body. The air-scoop pans behind the grille were painted a mild lavender color. The stock headlights were removed and replaced with 1952 Ford headlights and rims. The '52 rims were slightly wider, bringing the fender tips forward a little. Lead was used for frenching the headlights.

All exterior handles were removed and the holes welded up and hammered smooth. The doors were pushbutton operated. The gas filler cap and neck were removed and positioned in the trunk. The stock taillights were frenched using lead, bringing the total of lead to less than ten pounds throughout the entire job. Vann kept the rear bumper, but installed a 1952 Kaiser bumper guard and license plate support. After installing the Kaiser bumper guard, the recess in the center of the deck lid for the license plate was eliminated. The stock lid hinges were replaced with fully chromed hinges from a 1950 Ford. Mercury fender skirts were added and the top was chopped 4 inches before a padded white top was added.

Once the bodywork was done, the car was finished in five coats of Cerulean Blue lacquer. The wheels were painted in pale lavender. The rear of the car was lowered 2 1/2 inches by installing oversize spring shackles and lowering blocks. For better performance, 22 inch dual Porter Mufflers and pipes were installed. When the car was featured in a magazine, Bill stated plans to extend the tailpipes through the bullet shaped bumper guards. By keeping the interior relatively stock, the entire customization ran a little under $600. Once completed, Bill's shoebox was featured on the cover of HONK! June 1953. When the car was featured, Bill was stationed with the Air Force at Travis AFB.[1]

Please get in touch with us at mail@kustomrama.com if you have additional information or photos to share about Bill Irwin's 1949 Ford.