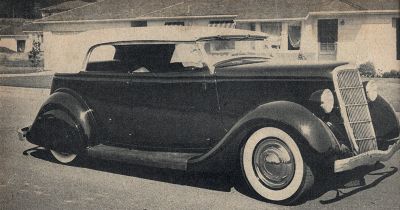 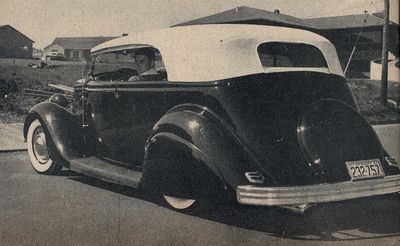 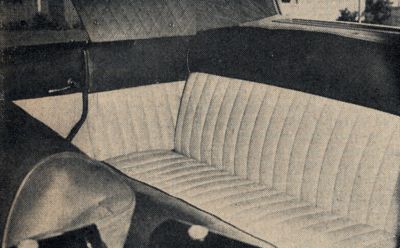 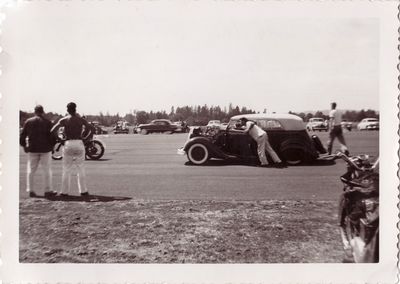 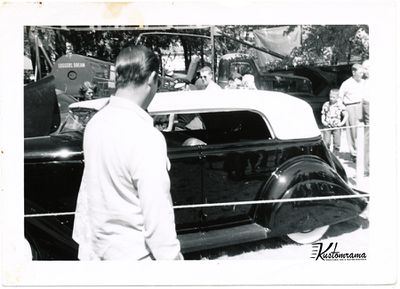 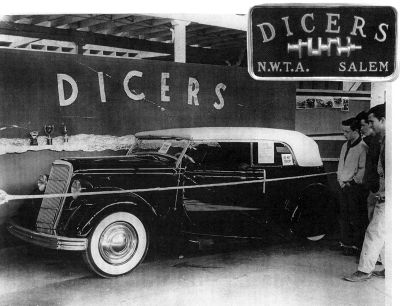 Wayne's phaeton at the 1952 Portland Expo Show in March of 1952. This version has been fit with a ribbed front bumper and a splash-pan between the bumper and the front. Photo from Jacket & Plaque by Al Drake. 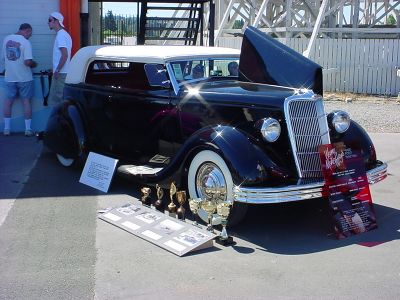 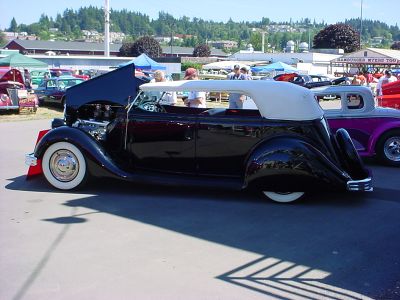 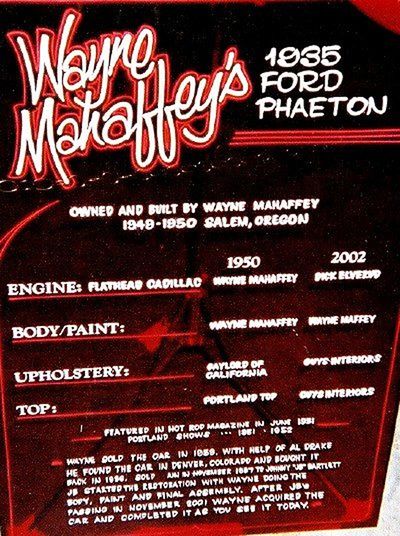 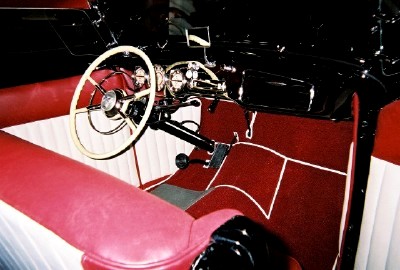 The Phaeton at the 2003 Portland Roadster Show [2] 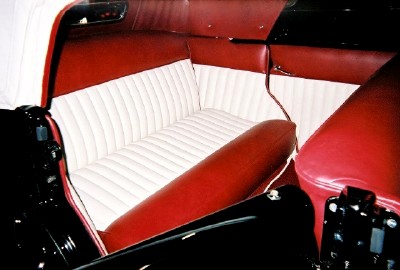 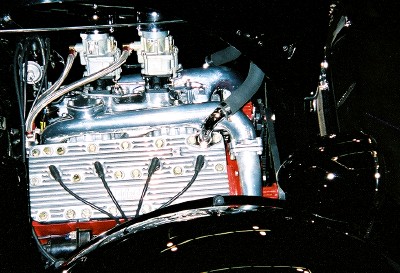 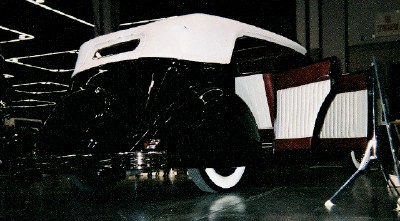 1935 Ford Phaeton owned and restyled by Dicers of Salem member Wayne Mahaffey of Salem, Oregon. Wayne was one of the original members of the Dicers in 1951.[3] Wayne started the restyling in 1948. The first version completed it in 1950.[2] The top was chopped 3 inches and fit with a top by Portland Top Company. The door handles were shaved, and the doors were pushbutton operated. The filled solid rear-tire cover was stock, and the rear bumper was borrowed from a Plymouth. The car was also fit with fenderskirts in the rear. Inside the car featured a conservative Gaylord interior. The dash was fitted with 1941 Buick instruments. To get the right stance, the frame was stepped 6 inches in the rear, and lowered 2 1/4 inches in the front. The car was powered by a 1946 Cadillac engine hooked to a Hydra-Matic.[4]

Once completed the car won second in the custom class at the Oregon Roadster Show in Portland, 1951.[4] In March of 1952 Wayne exhibited the phaeton at the Portland Expo Show. By then the Wayne had installed a ribbed front bumper and the front end had been fit with a splash-pan between the bumper and the front. At the show the car was parked in the Dicers of Salem club display.[5] After the Dicers car club died out Wayne joined the Bent Eights car club.[3]

Wayne sold the car in 1959. With the help of Al Drake he was able to relocate his old car in Denver, Colorado, and bought it back in 1988. After that Wayne sold the car to Johnny Bartlett in 1989. Johnny started the restoration with Wayne doing the body, paint and final assembly. After Johnny passed away in 2001 Wayne bought the car back and completed the restoration.[2]

Please get in touch with us at mail@kustomrama.com if you have additional information or photos to share about Wayne Mahaffey's 1935 Ford.