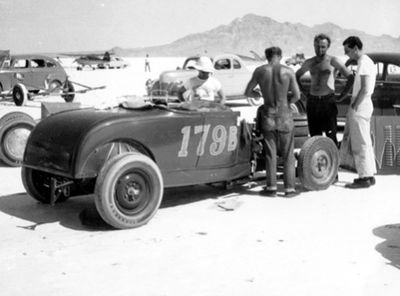 The Perry Boys Roadster at Bonneville in 1955. Photo from the Fred Larsen collection.[1] 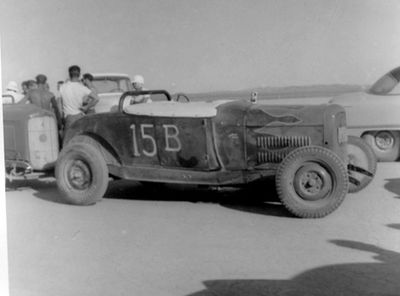 The roadster at El Mirage in 1956. The roll over bar was new for the season. Photo from the Fred Larsen collection.[1] 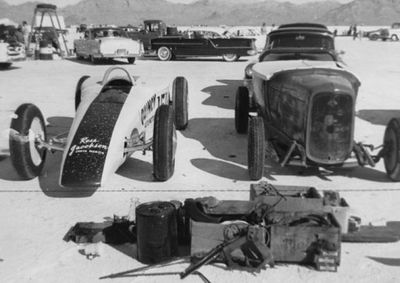 The roadster next to the Ross-Jacobson Roadster on Bonneville in 1956. Photo from the Jack Underwood collection. 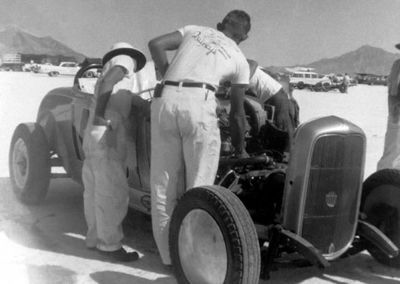 The roadster at Bonneville in 1957. The car ran in Class B Roadster and was quick enough to take first in class at a speed 168.61 mph. Photo from the Clif Wheeler collection.[1] 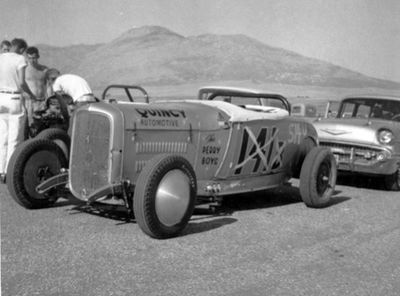 The Perry Boys Roadster at Riverside Raceway 1/2 mile drags in September of 1959. Photo from the Fred Larsen collection.[1] 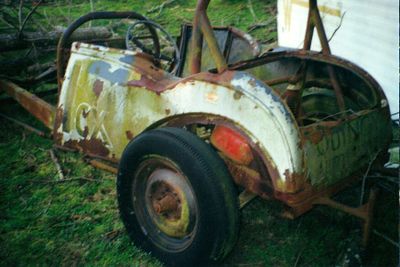 The Perry Bros Roadster as it sat on Whidbey Island in November 2010. 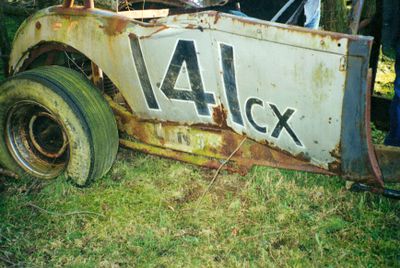 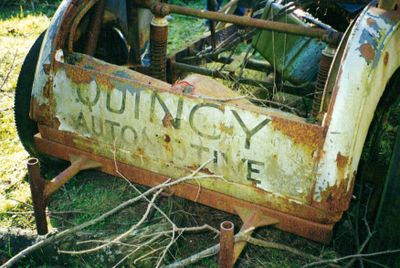 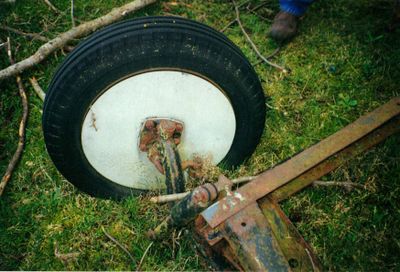 1929 Ford Model A Roadster owned and raced by Culver City Screwdrivers members Ed and Bill Perry. Ed and Bill's roadster featured a 1932 Ford frame and grille shell, and was powered by a 241 ci Dodge Red Ram Hemi. The roadster could often be seen running at the dry lakes during Russetta Timing Association meets or at the drags. Ed did the driving while Bill was responsible for the fixing. In 1955 the roadster came second in the B Roadster Class at Bonneville with a speed of 157 mph against 161 mpg by Carrol Thompson. For the 1956 season, the car was fit with a roll over bar. In 1956 Bill and Ed won fits class at Bonneville running 168.797 mph. In 1957 the brothers won again, running 168.61 mph.[1]

The car is still around, and is currently located on Whidbey Island, Washington. The car is in a sad state, and should be rescued before it rusts away. The only problem is that the owner refuses to sell it. The current owner has owned the roadster for many years, and before he parked it on Whidbey Island he had the car in Alaska. The roadster has a dropped axle, quick change rear-end, and center steering.

Please get in touch with us at mail@kustomrama.com if you have additional information or photos to share about The Perry Boys Roadster.