The Legendary Custom Cars and Hot Rods of Gene Winfield

From Kustomrama
(Redirected from The Legendary Custom Cars And Hot Rods of Gene Winfield)
Jump to: navigation, search 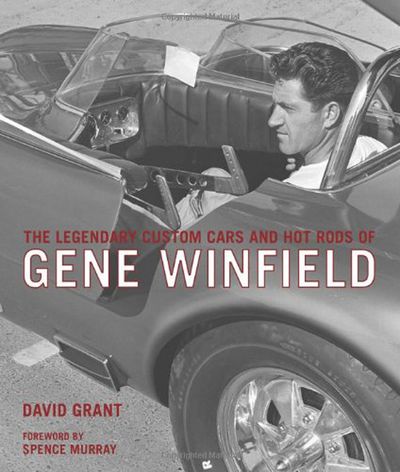 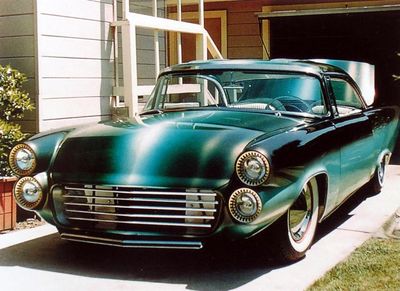 Book written by David Grant about the legendary hot rod racer and kustom car builder Gene Winfield. The book was published in 2008. Foreword in the book is written by non other then Spence Murray.

Of all the pioneering custom-car builders to come to prominence in the 1950s scene—Harry Westergard, George Barris, and Dean Jeffries, among others—one of the most prolific was a young man from Modesto, California, named Gene Winfield. Cutting his teeth in California’s hopping postwar hot rod scene, Winfield eventually gravitated to the media of custom cars, becoming one of its preeminent purveyors.

For the first time, Winfield’s career is examined in this volume fully illustrated with photography from Gene’s personal archive. Written by longtime Winfield protégé David Grant, The Custom Cars and Hot Rods of Gene Winfield is culled from hours of interviews with Winfield and recounts everything from his early days in Modesto and his emersion in California car culture, to his role in forming the Century Toppers car club, his involvement in dry lakes racing, the formation of Winfield’s Custom Shop in 1955, and the impressive string of vehicles that followed. Cars featured include the 1946 Ford convertible that graced the second issue of Rod & Custom, the 1950 Solar Scene Mercury, and the Ford King T that won the 1963 AMBR award, among dozens of others. Grant also delves into Winfield’s involvement with AMT, movie and TV vehicles for such projects as The Man from U.N.C.L.E. and Get Smart.

Where to buy the book

The book is fairly rare and hard to come by. It has become a collector's item and you have to pay up to secure a copy. We have heard that the last time Gene Winfield was in Sweden he came by a few books for sale that he bought up and brought back home to the US.

Please get in touch with us at mail@kustomrama.com if you have additional information or photos to share about The Legendary Custom Cars and Hot Rods of Gene Winfield.