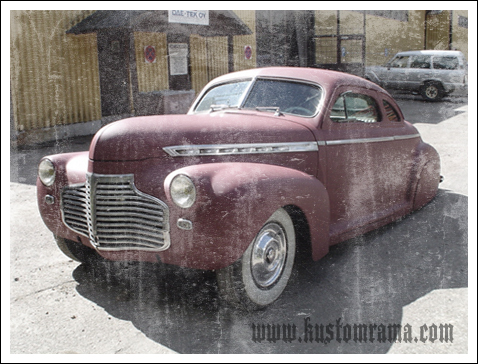 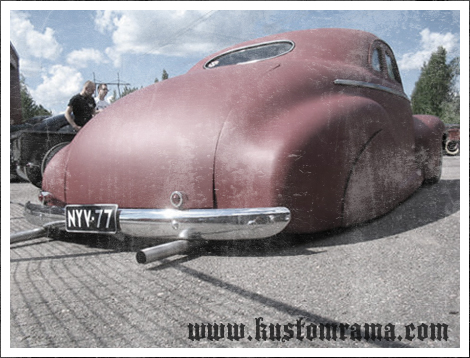 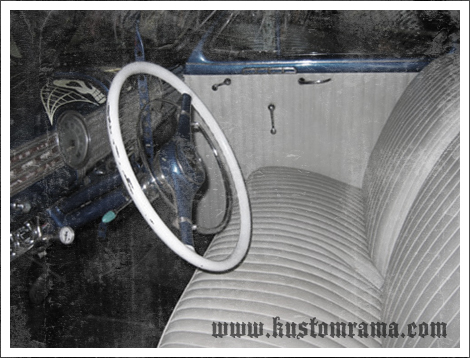 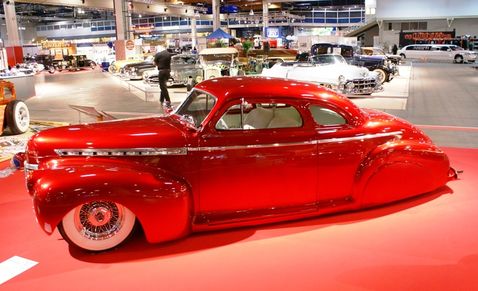 From the dark woods of Finland comes this taildraggin' 1941 Chevrolet Coupe. Teemu Tourunen, bought this car from a member of the Jokers Car Club in Sweden last year. The car was already chopped and the drive train was changed by the time Teemu got it. During the winter, Teemu didn't plan to do much with the car, but after some closer inspection, he realized that it needed some work in order to get it trough the Finnish registration inspection department.

Teemu started out by removing the body from the frame. The frame was cut below the firewall, and attached to a '67 Firebird unit. The car was bagged in the rear when Teemu got it. But Teemu wanted to go lower, so he made a new kick-up in the rear, and installed a couple of Dunlop industrial bags in the front.

Caught in an evil circle, Teemu realized that if you change one thing on a car, 10 more changes follows. So he continued the build by rebuilding the brakes, bushings, bearings and almost everything else that is on the frame before he put the car together again.

As a member of the Finnish car club the Pistons, Teemu has more rides in his pipeline. Next up is a totally wild 1928 Ford Coupe equipped with an Edsel grille. Look forward for more info on this car on Kustomrama.

Teemu sold his 1941 Chevrolet, and in 2009 the car was shown in red candy at the American Car Show Helsinki. The car was then owned by Tomi Kangas.

Please get in touch with us at mail@kustomrama.com if you have additional information or photos to share about Teemu Tourunen's 1941 Chevrolet.