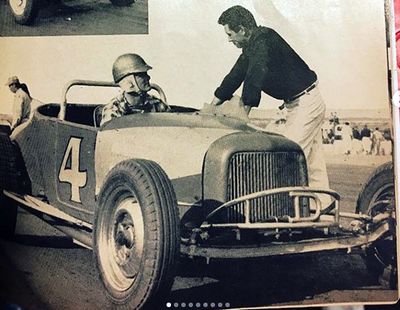 A photo from the 1951 season with Bud Gregory behind the wheel. Photo courtesy of Rory Forbes. 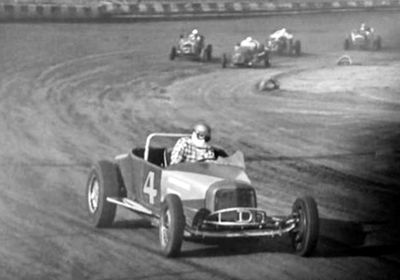 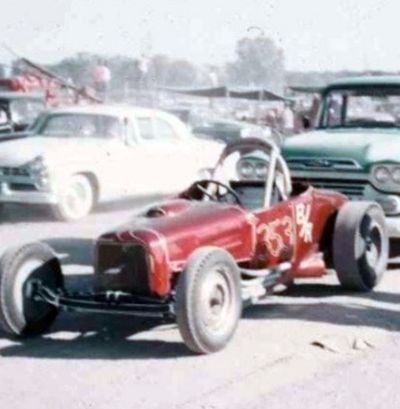 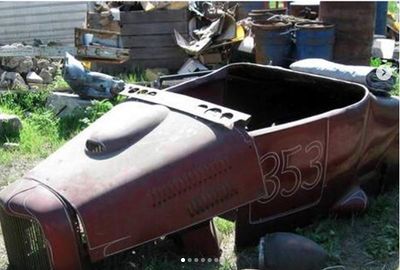 This is how the first photo from the Craigslist add was. Photo courtesy of Rory Forbes. 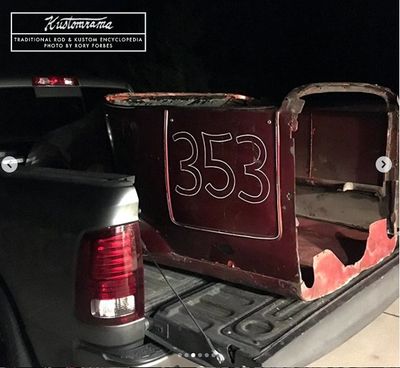 The roadster loaded up heading back to Reno. Photo by Rory Forbes. 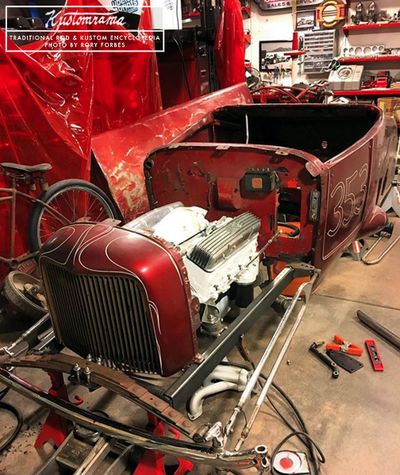 Getting things mocked up. Photo by Rory Forbes. 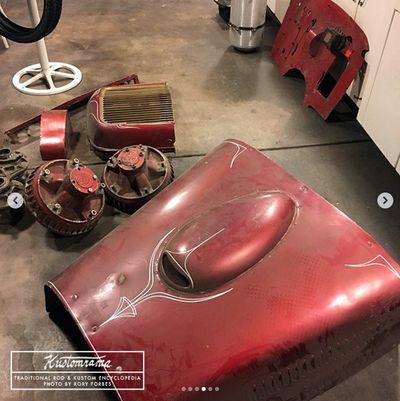 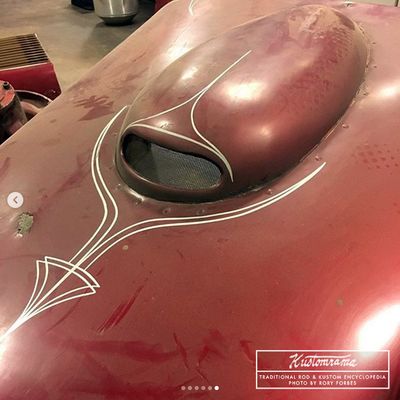 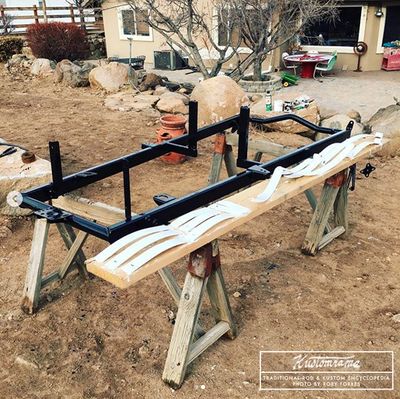 The custom made frame freshly painted. Photo by Rory Forbes. 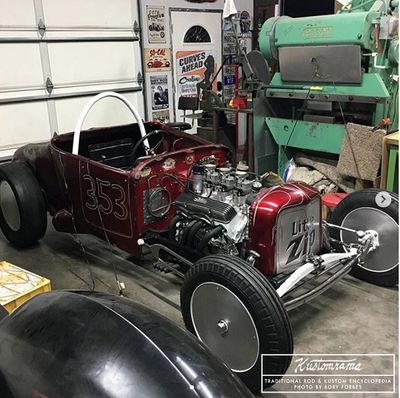 Getting ready for the 2019 Santa Barbara Drags. Photo by Rory Forbes. 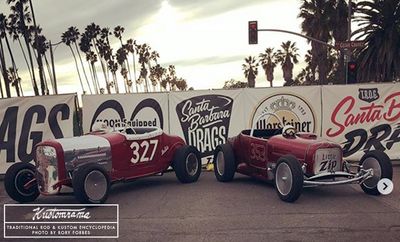 At the 2019 Santa Barbara Drags. Photo by Rory Forbes. 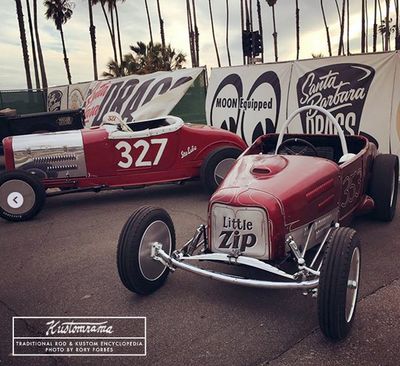 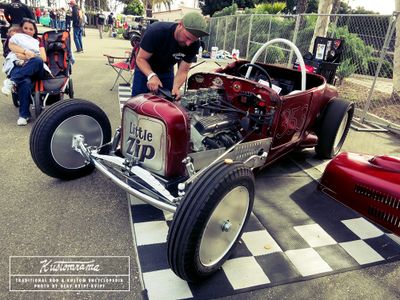 Rory adjusting the engine before the race. Photo by Olav Kvipt. 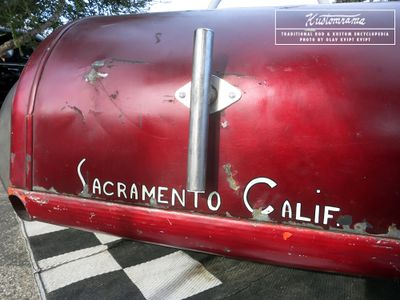 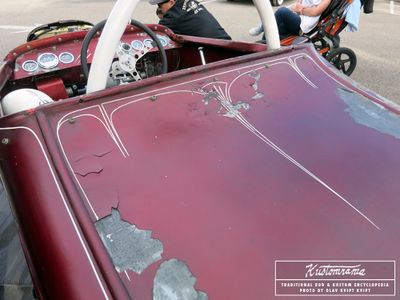 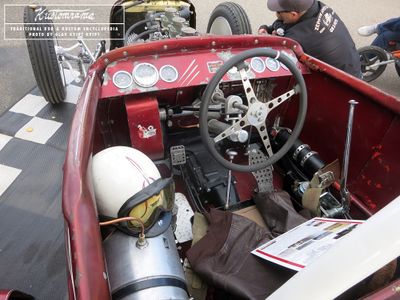 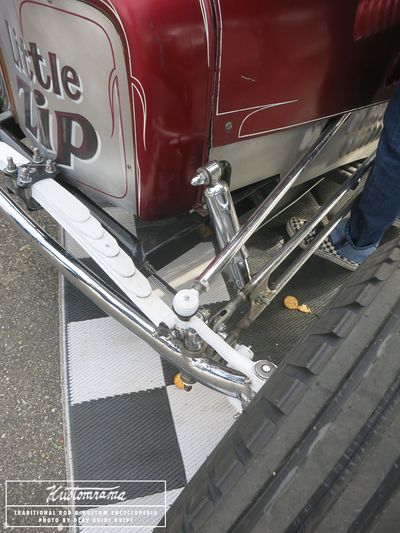 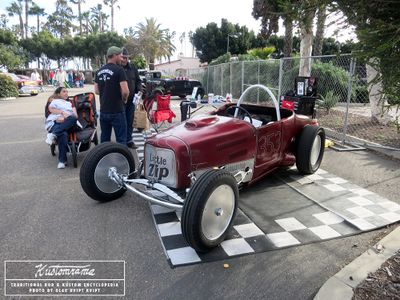 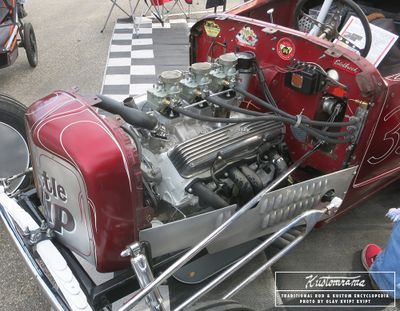 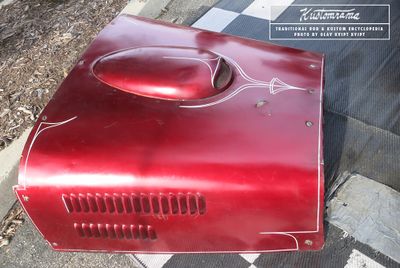 1927 Ford Model T Roadster ressurected by Peckerheads car club member Rory Forbes of Zephyr Speed & Power Shop of Reno, Nevada in 2019. The roadster was officially known as the "Little Zip" in 1958, however its history goes further back, to 1949.[1]

It was then a circle track roadster, racing the tracks of Southern California by Leroy Nooks. Then in the 1950 - 1951 season it was raced by Bud Gregory. Both racers were sponsored by Douglass Muffler Shop. After the 1951 season was over, it would not re-appear until 1958.[1]

This time, it was fit with a belly pan, featured a Candy Apple Red paint job by Joe Bailon, topped off with pinstriping by Tommy the Greek. The owner at the time was Al Morris of Sacramento, California. Al rebuilt the car in his high school auto shop class, and it was most likely him that installed a brand new 1959 Chevrolet small block engine in it. He towed it to the 1959 drags in Detroit, entered it as "Little Zip" number 353 and raced it. It was last raced at the 1959 NHRA Nationals. After that, the car was parked, torn apart and stored until Rory bought the body in October 2018.[1]

In the early morning hours in mid October 2018, Rory was searching on Craigslist. An add from Comstock featuring an old Roadster body showed up on his screen. Rory knew immediately that he'd struck a gold ore! He went away to check it out straight away, and a deal was made. The prosess of getting the roadster race ready was about to begin. He had collected a lot of speed equipment used on old 1950s Bonneville cars already before he aquired the roadster, and this was a perfect opportunity to use them. He made a custom made frame of 3x2" heavy wall box tubing with suicide tube front, rear and center crossmember. He installed a chromed tube axle from a 1937 Ford V8 - 60 Ford, featuring chromed hairpins, shocks and white spring and spindles. The rear end setup consisted of a Posis quarter elliptical springs. The small block Chevy engine was rebuilt. Camel hump heads were installed, along with a Duntov cam, The engine is fueled by three Stromberg 97s mounted on an Edelbrock intake, and sparked by a Mallory magneto. The power is transdered to a Saginaw 4 speed tranny hooked to a Halibrand quick change rear end. Finished touch was added by painting the engine white and installing Edelbrock aluminum valve covers. Up front, a set of Firestone 16" were installed, along with a set of Towel City slicks in the rear. Brakes were secured by installing a Ford F1 setup. He buffed the original Bailon paint job and installed a set of restored 1940s Stewart-Warner gauges. The seat was an original WWII bomber seat. His plan was to get the car ready for the Santa Barbara Drags, which he managed to pull off![1]

Please get in touch with us at mail@kustomrama.com if you have additional information or photos to share about Rory Forbes' 1927 Ford.