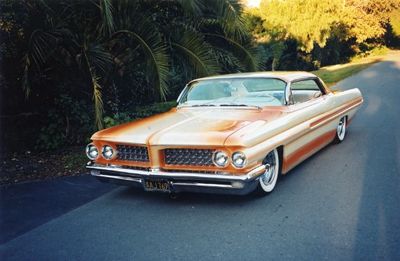 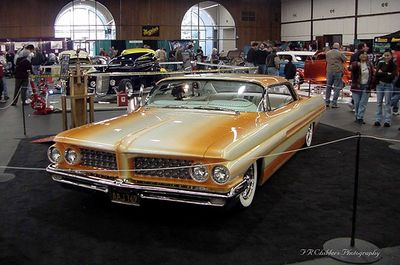 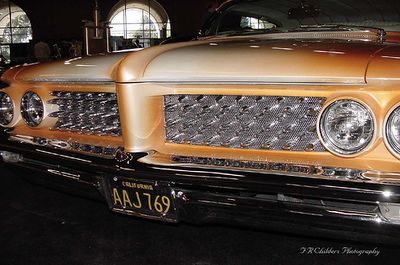 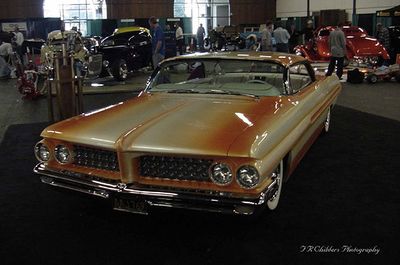 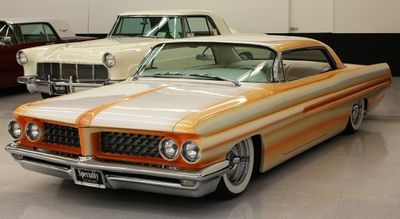 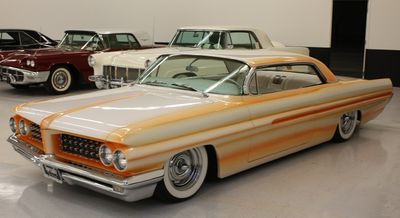 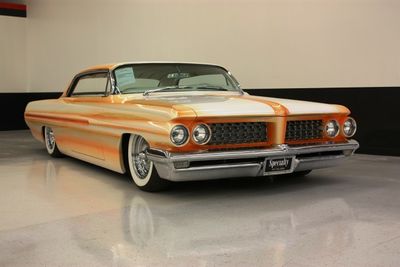 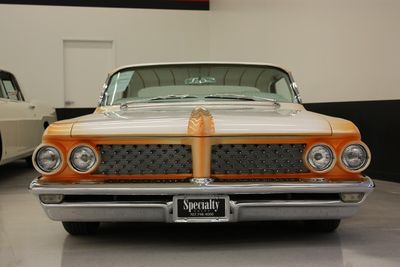 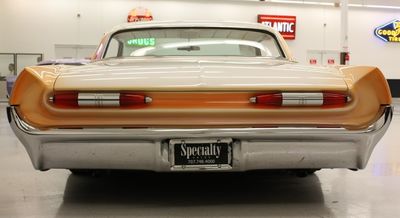 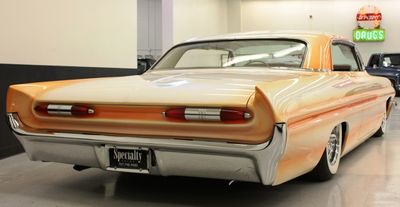 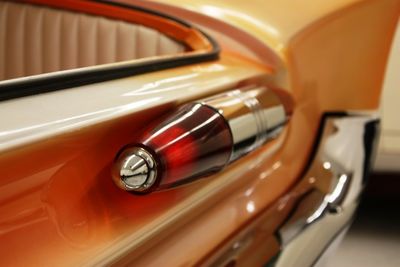 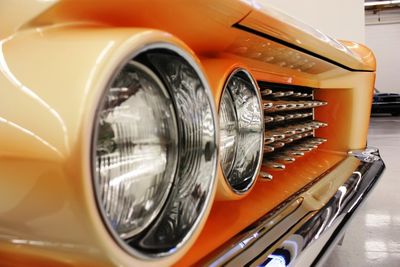 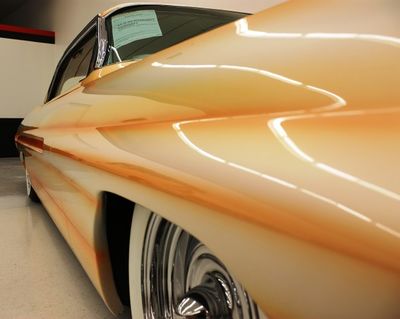 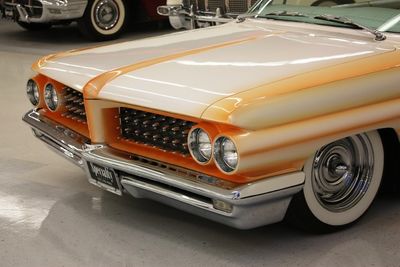 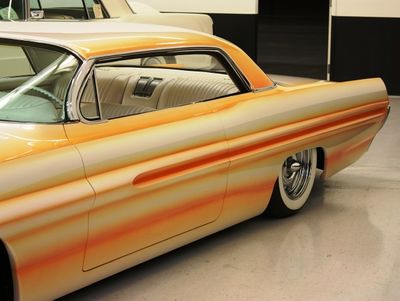 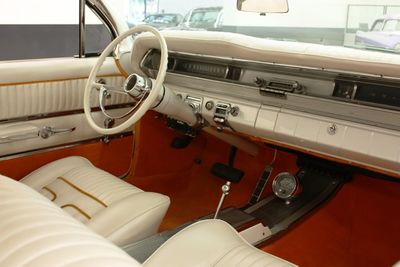 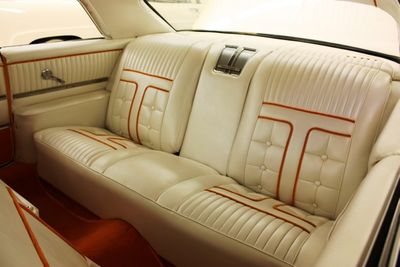 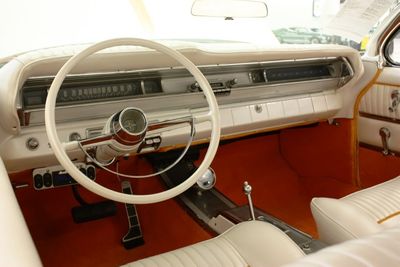 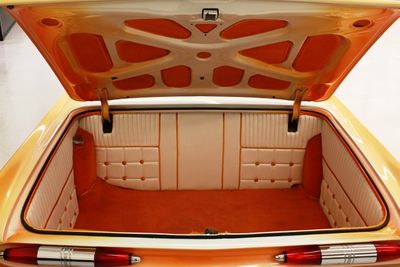 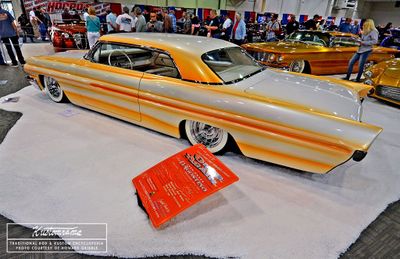 In January of 2019 Once Again was shown at the Grand National Roadster Show in Pomona, California. By then, the car had been sold to John D'Agostino of Discovery Bay, California. Photo courtesy of Howard Gribble.

1962 Pontiac Grand Prix restyled by Lucky 7 Customs for Richard Zocchi of Walnut Creek, California. In 1962 Gene Winfield restyled a similar car for Richard. Almost 40 years later, Richard decided that he wanted a similar restyled car, so he hired Lucky 7 Customs to build a chopped clone. As the original car, Richard's second Pontiac featured staggered and frenched in headlights, and a set of custom taillights made from 1962 Imperial lenses. The lenses were turned sideways and mounted on a chrome tube. The original taillights were filled and peaked. The was shaved for door handles, trim and emblems and fit with a custom bullet grille. The top was chopped 3 inches. For a boulevard stance, the car was lowered all around. It was also covered with an outstanding orange and white pearl fadeaway paint job. The bodywork was done by John Aiello, while Marcos and Art Himsl applied the custom paint job. Bob Divine of Bob Divine Interiors gave the car a custom upholstery. While the original motor had just over 97,000 miles on it, the entire vehicle was restored from top to bottom during the restyle. Zocchi kept the factory three two's 389 engine and the automatic transmission, but he had them both rebuilt. In addition to the engine and transmission rebuild, just about every component under the hood was rebuilt or replaced during the restoration as well. The build was completed in 2002.[2]

In September 2011 Zocchi's Pontiac was advertised for sale at Specialty Sales Classics in Fairfield, California. The asking price was $79,990. It was still for sale in February of 2013. By then the price tag had been lowered to $57,990.[2]

In January of 2019 the car was shown at the Grand National Roadster Show in Pomona, California. By then, the car had been sold to John D'Agostino of Discovery Bay, California.

Please get in touch with us at mail@kustomrama.com if you have additional information or photos to share about Richard Zocchi's Second 1962 Pontiac.