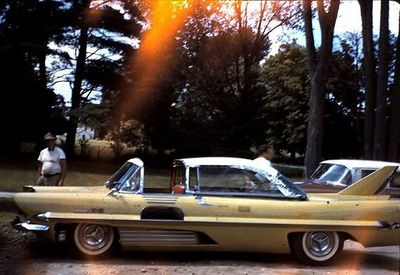 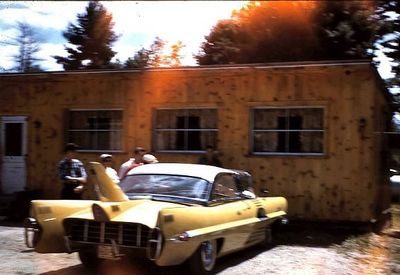 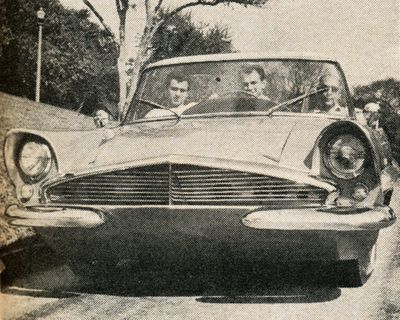 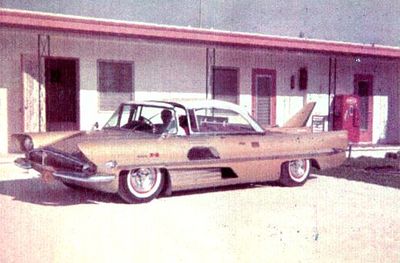 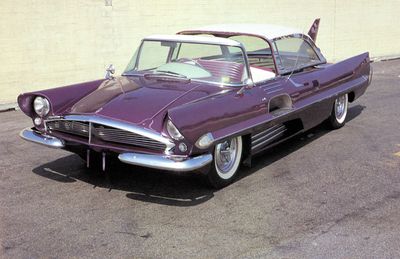 The car as it looked after Vada had it painted orchid. Photo by George Barris 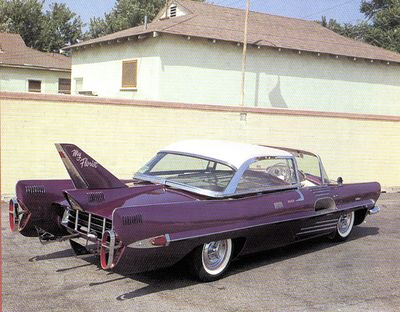 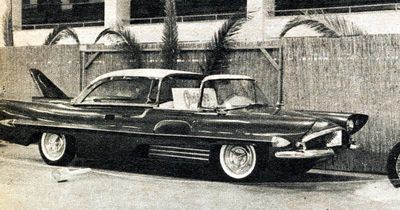 Named "Besasie Orchid X-2," Vada's iteration of the car was shown at the 1960 Renegades Rod & Custom Motorama. This photo of the car at the show was featured in Car Craft November 1960, and according to the caption under the photo it was the most startling car at the show. Photo by Bud Lang, courtesy of Car Craft Magazine. 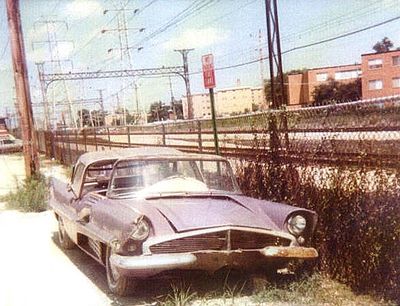 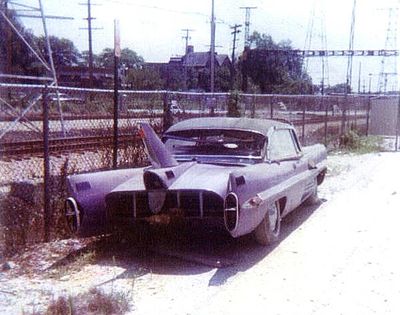 The X-2 was an experimental custom car owned and built by Raymond Besasie of Besasie Engineering in Milwaukee, Wisconsin. The car was the second of 4 experimental cars built by Besasie. The X-2 featured a rear mounted 1956 Cadillac engine with two radiators which were fed with air through two side panel scoops. and 3/4 race cam,[2] producing 400 horsepowers. The body was built out of 16 gauge aluminum and the frame was made out of chrome moly tube. The car featured a wraparound windshield and a hydraulic sliding steel roof. The car had no opening doors, and the occupants had to climb up and over the door to enter or exit. The body was fit with a 4 foot fin. The taillights were seven-way, one for each specific circumstance. Once the bodywork was complete, it was painted light lemony yellow.[3] Styling was conceived by Raymond's son.[2]

The car was sold to Vada Schwartz from Phoenix, Arizona who owned a flower shop called My Florist Shop. She shipped the car to Barris Kustoms for a new paint job. The lemon color was not wat Vada wanted, Vada's shop was world-renowned for its imported orchids, so she asked George Barris to create a color blend in Candy Purple, just like one of her orchids. The interior was re-trimmed in matching orchid and pearl Naugahyde.[5] Named "Besasie Orchid X-2," Vada's iteration of the car was shown at the 1960 Renegades Rod & Custom Motorama in Long Beach, California. According to a story in Car Craft November 1960 it was the most startling car at the show.[6]

The car was last seen in a sad shape sitting next to a railroad in 1970.

Please get in touch with us at mail@kustomrama.com if you have additional information or photos to share about Raymond Besasie's X-2.