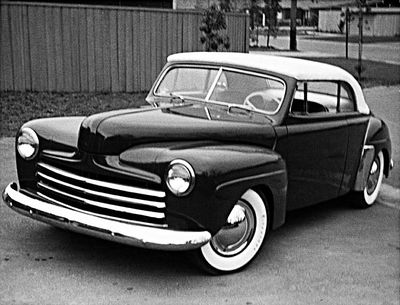 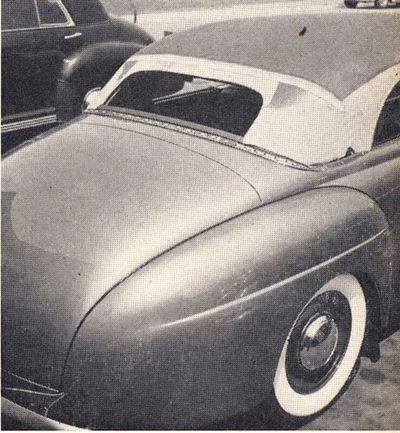 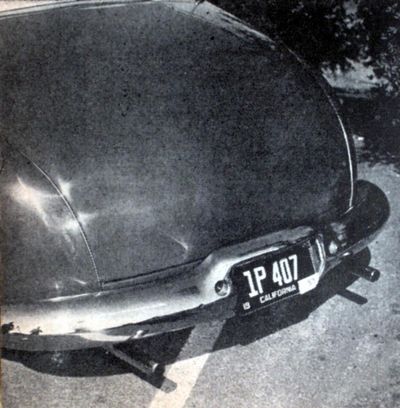 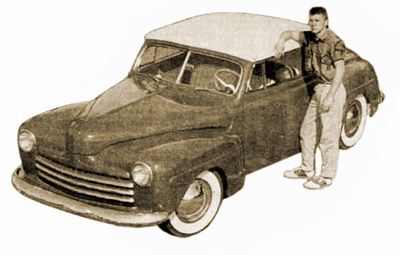 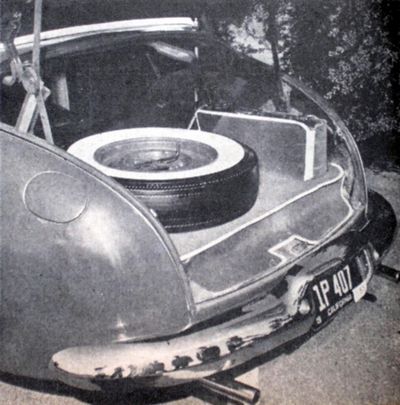 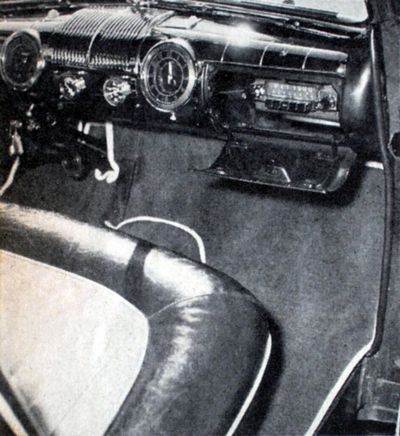 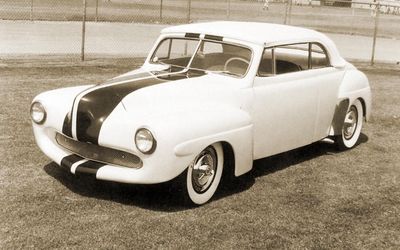 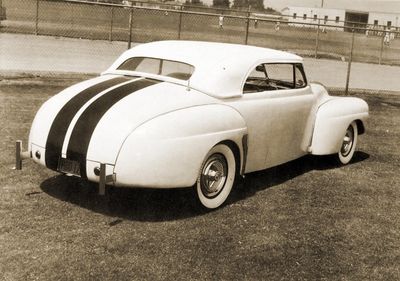 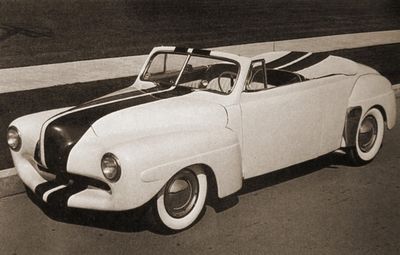 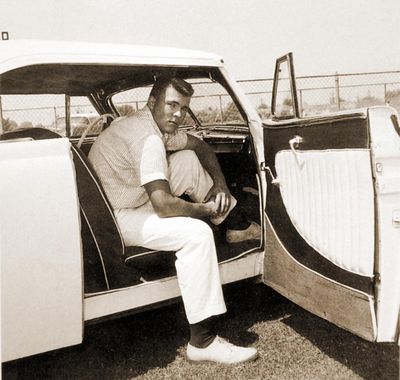 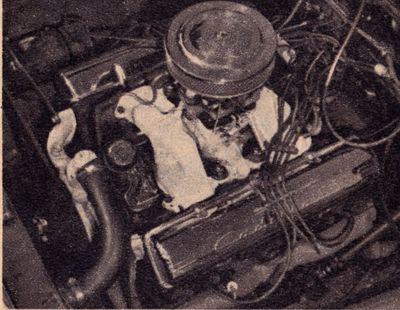 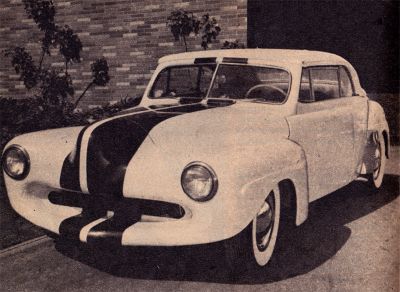 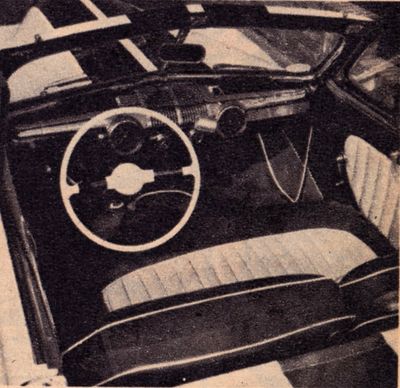 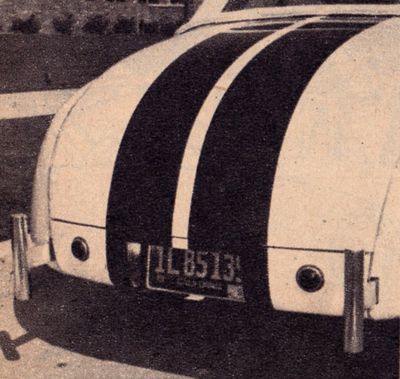 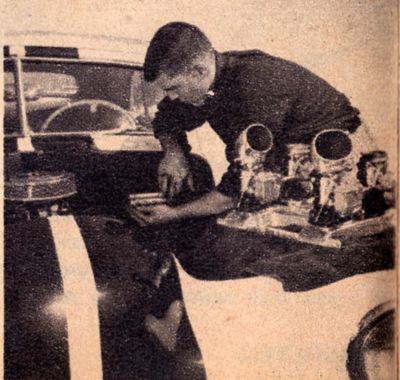 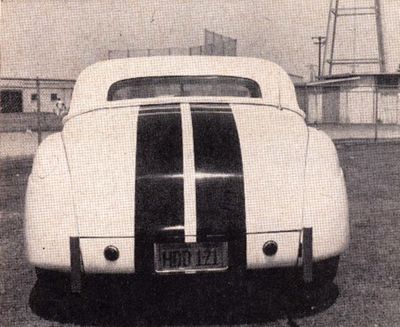 1946 Ford Convertible built by Olive Hill Garage in Los Angeles, California for Pete Brock. Pete had Art Lellis and Jerry Moffatt to build his dream car out of his stock 1946 Ford. The body was sectioned 5 and a half inches, and channeled another 5 inches. The fenders were raised, and the wheel openings were reshaped and radiused. The hood was sectioned to fit the raised front fenders. All exterior trim were removed in order to give it a cleaner appearance. The stock bumpers were replaced with 1946 Oldsmobile bumpers which fit the car very nice instead of the stock slim Ford units. The windshield was chopped 3 and a half inches and fit with a padded top made by Carson Top Shop. The taillights were relocated to the license plate guard. The car was painted bright red once completed, Moon hubcaps on white walls wrapped up the style.[2]

Later on, Pete sketched new ideas while studying as automotive designer at the Art Center Design School of Los Angeles. This time, Pete chose Norm's Auto Body performed his ideas to reality instead of Olive Hill Garage. The rear end was restyled by recessing the license plate into the rear pan. Push bars replaced the Olds wrap-around-type bumpers. Austin-Healey taillights were used on the car. Aluminum welt was fit in the fenders seams. The unique nosepiece was made from two 1949 Mercury grille shells which were spliced together. The interior was re-upholstered by Dick and Dale's Upholstery Shop of Redwood City, California, it was done in white and blue pleated Naugahyde. The tennau cover was white with dark blue stripes. Once completed, the car was painted Artic white with dark blue Cunningham racing style colors, which was pretty unique those days. A dropped axle was installed and 8.00 x 16 tires were fit in the rear, giving it a forward rake. The Ford was sported by a 1954 Cadillac engine connected to a 1938 LaSalle transmission.[2]

Please get in touch with us at mail@kustomrama.com if you have additional information or photos to share about Pete Brock's 1946 Ford.