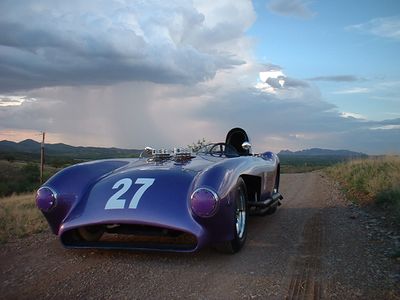 Owen E. Gibson is the product of a racing and fabrication upbringing. From a young age Gibson’s family always had a dirt track car on the race way or in repair in his hometown of Tucson, Arizona. Leading to his immersion in the local race culture. Gibson’s mechanical and fabrication expertise was passed down from both Grandfathers, who were black smiths, and his father, a machinist and auto mechanic for 50 years.

Gibson’s life-long passion took shape in his first rebuild, a Morris Minor in 1959, he later went on to put his Dad’s retired Chevy race motor in his high school 1961 Studebaker and an all steel 1923 Ford Model T bucket was his first full rebuild project, all done before he completed high school. 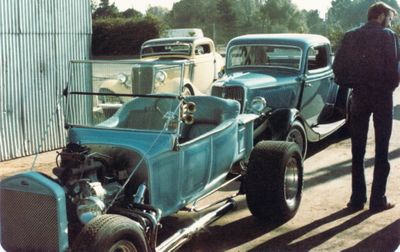 Gibson, now a retired Engineer is again amid his childhood passion. His 50-year hobby has transitioned into his dream job, having established T2V Racing and Restoration (T2V) in 2000, upon finding a discarded fiberglass shell among rusted out car frames, making residence in a forgotten pasture in the dusty cow town of Arivaca, Arizona. The body was the 1957 Townsend Typhoon MK 2, his first restoration project under the T2V banner. With his kids now out of the house his life-long love of everything automotive resurfaced with a vengeance.

T2V is a reflection of the passion and expertise Gibson has developed through his lifetime as an auto-lover, mechanic, builder and engineer. His principles are what transcend the automotive works he is so passionate about and are the foundation of T2V.

Today Gibson considers himself a specialized mechanic who loves the history, time-honored fabrication and restoration of traditional hot rods and vintage racing specials as embodied in his spectacular finished products including: Townsend Typhoon MK 2 (a.k.a. “The Purple People Eater”) and the Sorrell-Manning Special SR-100 (now on display at the Peterson Museum in Los Angeles, California).

Please get in touch with us at mail@kustomrama.com if you have additional information or photos to share about Owen E Gibson.