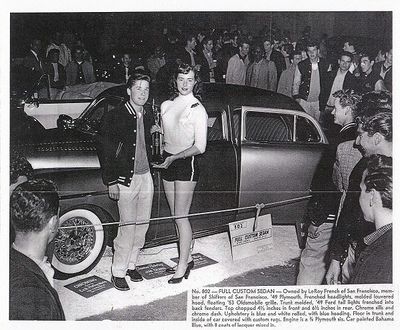 Leroy with Plymouth at the 1954 National Roadster Show.[1] 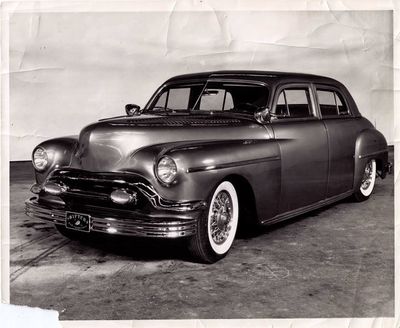 Photo from the Leroy French collection.[1] 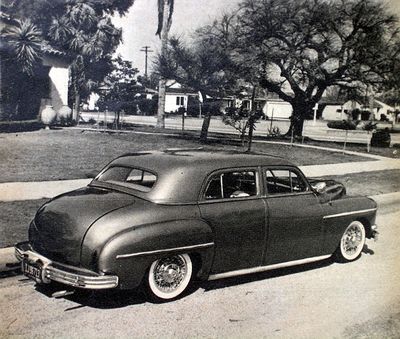 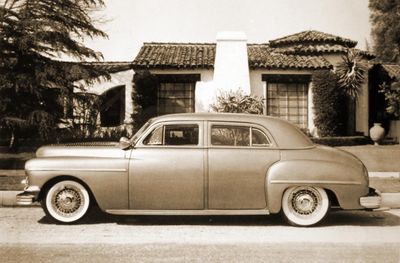 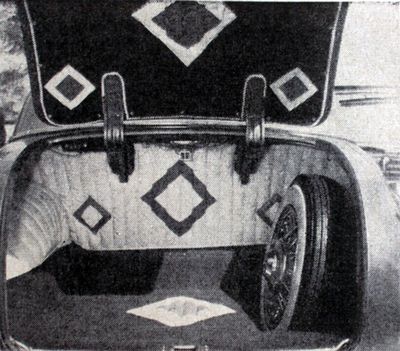 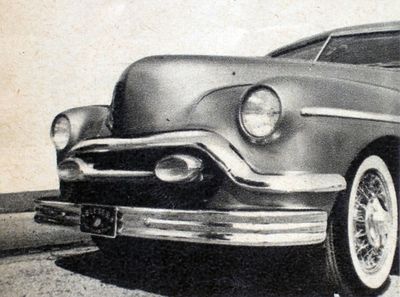 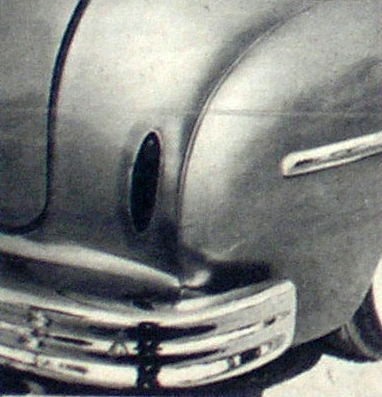 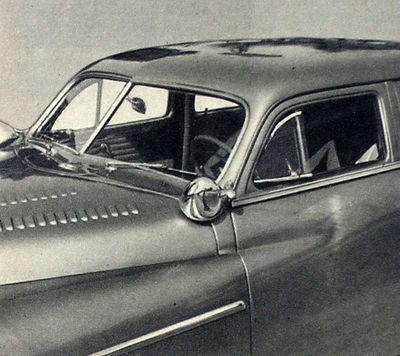 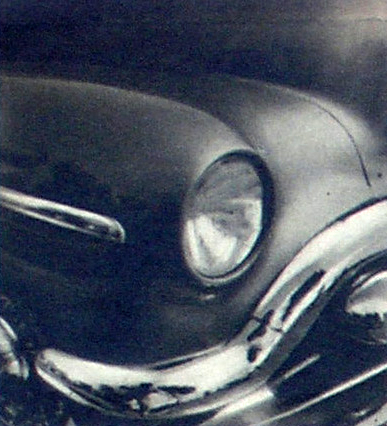 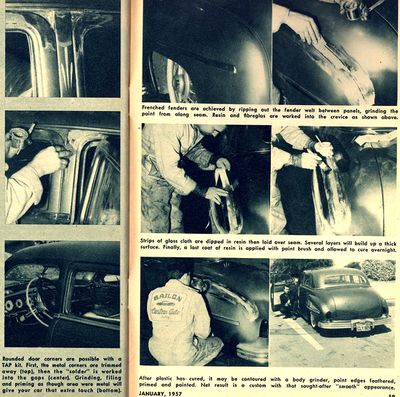 1949 Plymouth 4-door restyled by Larry Hoffman for San Francisco Shifters member Leroy French of San Francisco, California. Leroy's father, who owned J. E. French Co a San Fransisco bay area Chrysler and Plymouth dealership group, gave Leroy the car. Since Leroy wanted a four door car for hauling around his friends, the Plymouth was chosen as his starting point.[1] Larry Hoffman was picked to do the tasks Leroy had in his mind. The headlights were frenched and the bulb units were slightly recessed. The hood was shaved and fit with four rows with louvers. The doors and deck lid were shaved for handles and all four doors were electrically operated by pushbuttons. According to Rod & Custom January 1956, 3 1/2 inch section were removed from the windshield and door posts. An article on the car from the 1954 National Roadster Show on the other hand claims that the top was chopped 4 1/2 inches in front, and 6 1/2 inches in the rear.

The stock taillights were removed, and a pair of 1949 Ford taillight lenses were frenched vertically in the rear body panels. The rear gravel deflector was molded-in, and the bumperguards were removed in order to to achieve a cleaner look. The front was modified by adding a 1949 Oldsmobile top bar and a 1953 Oldsmobile center bar. To give it the right stance, the car was lowered the same amount all around. Wire wheels and dual spotlights were added as well. Once the bodywork was completed, the car was delivered to Hall and Fanning who did justice to the car's interior in the form of pleated and rolled, two-tone blue and white Naugahyde with contrasting diamond-shaped patterns in the seat backs and cushions. The dash and sills were chromed, and custom carpets were fit inside the car and in the trunk. The engine was hopped up by adding an Edmunds manifold and an Iskendrian cam.[3]

The build took about a year to complete. In 1954 the car was shown at the National Roadster Show in Oakland, California, by then it was painted Bahama Blue with 8 coats of lacquer mixed in. According to Leroy's son, the car was later painted Candy Apple red. Chances are that Joe Bailon of Bailon's Custom Shop painted it, as a how-to-do article was featured in Rod & Custom January 1957. In the article, Joe rounded the door corners and molded the rear fenders with resin.[4] Around 1956 or 1957 Leroy became a member of the San Rafael Swanx car club.[1]

Please get in touch with us at mail@kustomrama.com if you have additional information or photos to share about Leroy French's 1949 Plymouth.