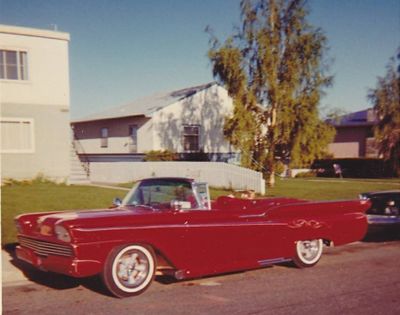 An old color photo of the Beach Boy from the Craigslist listing. Photo courtesy of Craigslist. 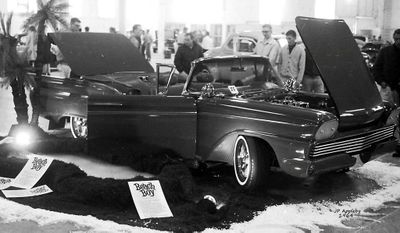 The Beach Boy at an indoor car show in 1964. Photo by J.P. Appleby, courtesy of Craigslist. 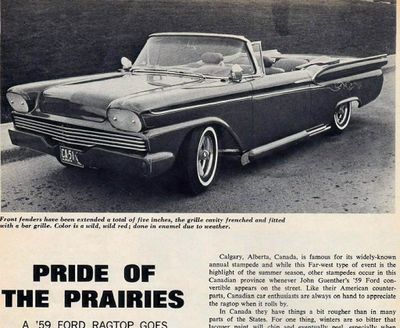 "Pride of the Prairies." An old featured story on the Ford. Photo courtesy of Craigslist. 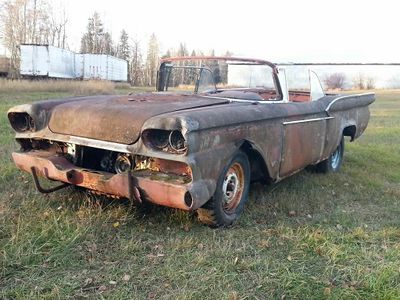 The Beach Boy as it appeared when it was advertised for sale on Craigslist in January of 2018. Located in Vancouver, the asking price was $4800. The body was pretty banged up. Floors, trunk and body mounts were intact and repairable. Seats and roof bows were missing. Photo courtesy of Craigslist. 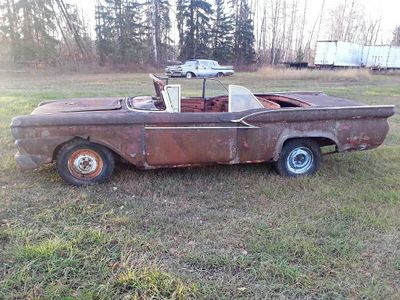 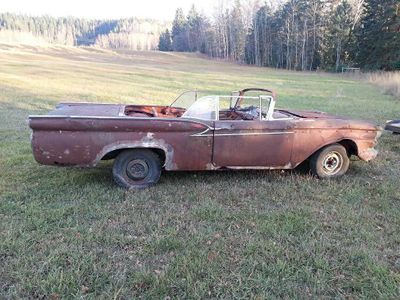 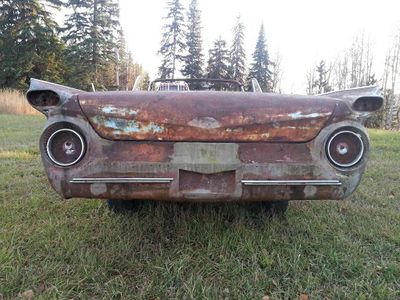 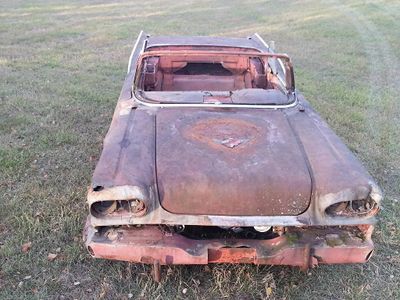 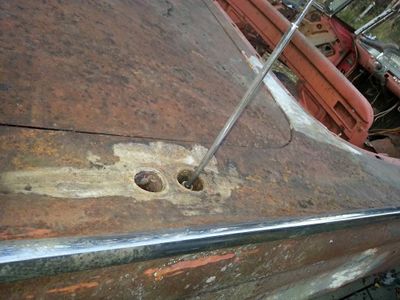 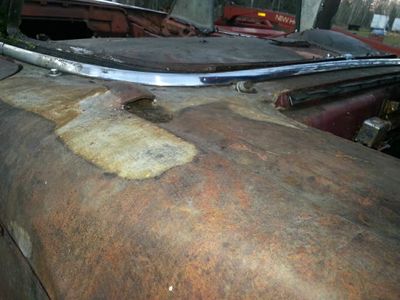 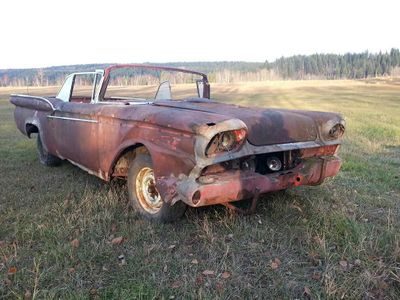 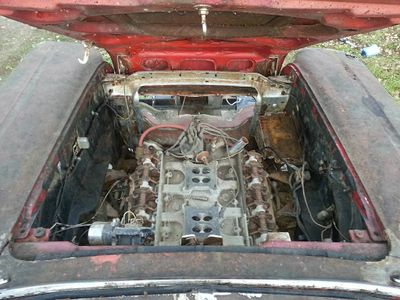 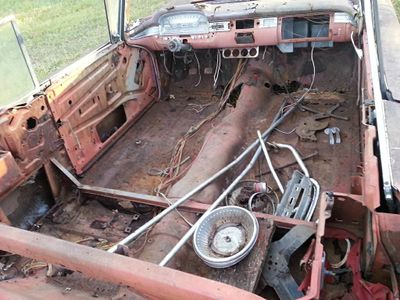 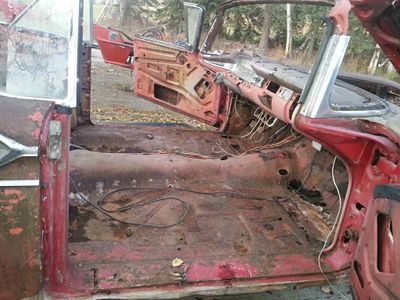 Restyled in 1960, the front fenders on John's Ford were extended 5 inches. The grille cavity was frenched and fitted with a tube bar grille. It featured rolled pans front and back. The front pan incorporated scoops. Scoops were also added to the front fenders. The body was nosed, decked and shaved for door handles, and the gas filler cap was moved into the trunk. The taillights were frenched using 1959 Buick components. The rear quarter panel featured dual frenched aerials and it ran molded in lakes pipes. The build was finished in a wild red color, done in enamel due to the weather. It was dressed up with pinstriping, Appleton spotlights, frosted Plexi plates over the headlights, mag wheels and rear nerf bar type bumpers. Under the hood, everything removable was chromed.[1]

Once completed, the car was shown under the name "Beach Boy" in Canada and the USA. It was also featured in several magazines.[1]

In January of 2018 the remains of the car was advertised for sale on Craigslist. It was located in Vancouver, and the asking price was $4800. The body was pretty banged up. Floors, trunk and body mounts were intact and repairable. Seats and roof bows were missing. Click here to check out the listing.[1]

Please get in touch with us at mail@kustomrama.com if you have additional information or photos to share about John Guenther's 1959 Ford.