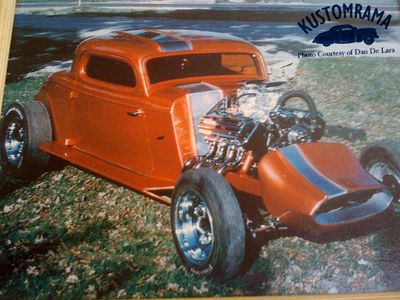 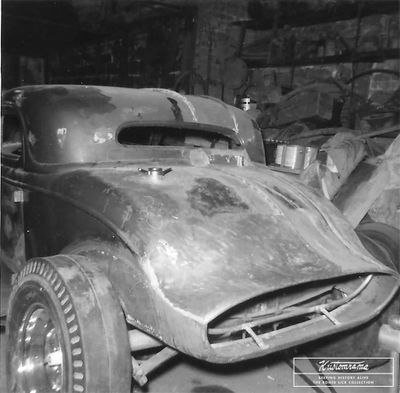 A construction photo of Joe's coupe taken at Dave Puhl's House of Kustoms. Photo from The Roger Lick Collection. 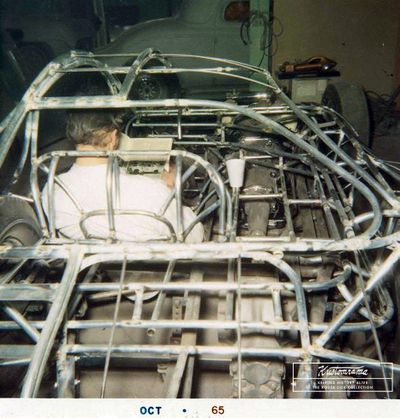 A construction photo of Dave Puhl's Illusion. Puhl completed The Illusion in time for the 1965 Indianapolis Nationals, where it won the Experimental Sweepstakes and the Body Shop Achievement award. According to the magazine 1001 Custom Car Ideas, the car was so asymmetrical that it looked like one car from the left side and a completely different car from the right side. The Illusion was one of the last big asymmetric themed show cars to hit the circuit. The coupe in front of The Illusion seems to be The X Altered. Photo from The Roger Lick Collection. 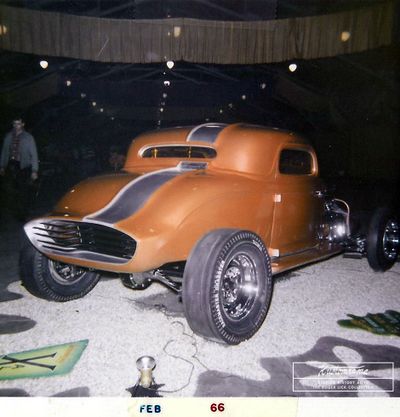 The X-Altered completed and displayed at an indoor car show sometime around or before February of 1966. Photo from The Roger Lick Collection. 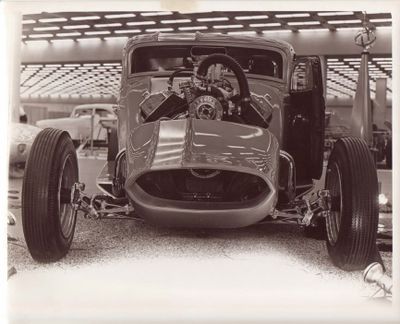 Photo by Robert Hegge, from The HAMB. 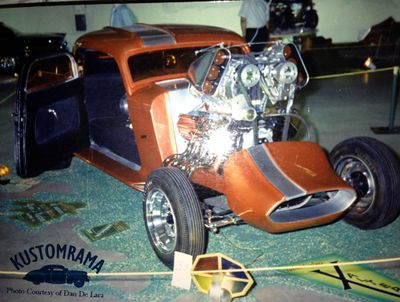 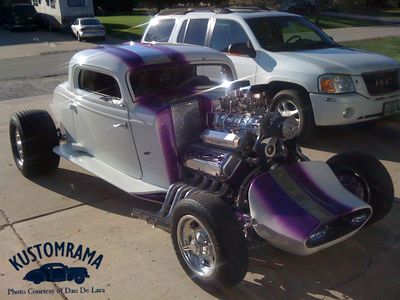 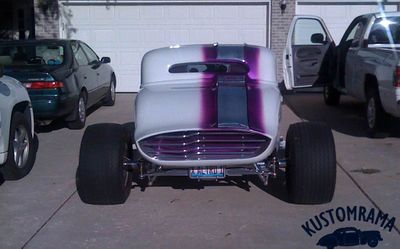 1934 Ford 3-Window Coupe built by Dave Puhl of House of Kustoms for Joe Briske of Joliet, Illinois in the 1960s. Dave sectioned the body of the coupe 4 inches before he chopped the top 4 inches and added a 6 inch channeling job. An off center asymmetrical aluminum stripe ran along the nose, across the top and down the deck. The nose piece was handmade from sheet stock, and it acted as a windbreak for a 1954 Chrysler 331 Hemi engine. An asymmetrical tubular grille was fit inside a duck tail like rear section. The body was painted in a wild Kandy Tangerine, and the undercarriage and visible portions of the powerplant was chrome plated. Once completed, the car, known as "The X Altered", did well on the show circuit.

At one point in the 1960s it had two blowers mounted on the Hemi engine.

Please get in touch with us at mail@kustomrama.com if you have additional information or photos to share about Joe Briske's 1934 Ford.