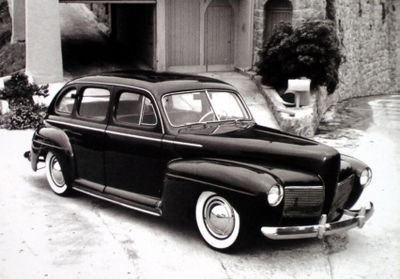 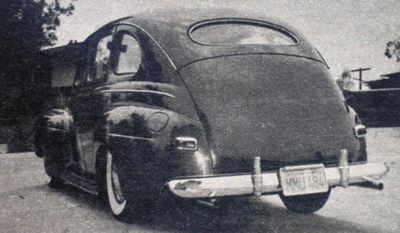 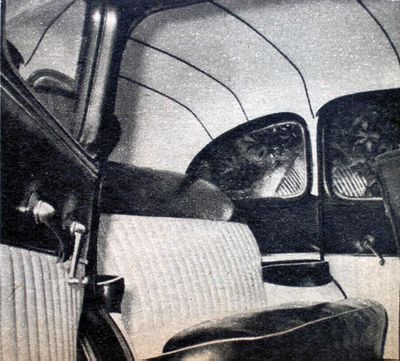 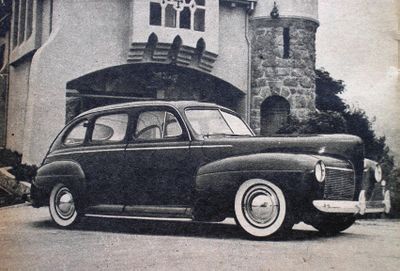 1941 Mercury 4-door restyled by Valley Custom Shop for Joe Brenner. In 1951, a 1941 Mercury sitting on a Los Angeles used car dealer caught Joe's eyes. Though the body was in terrible shape and the interior even worse, he saw the potential in the old Merc. The running gear were supposedly still in good shape. $345 later, joe was driving home in his new ride with custom ideas twirling through his mind. His intention was to complete the car within a year, but one thing lead to another and when the car was featured in Rod & Custom February 1958 seven years later, the car was nearly finished. The side trim on the hood were shortened, making the car look longer. The car was nosed, decked and all the handles were removed. The headlights were frenched and tunneled. The car received a completely new interior, made in tuck & roll.[2]

Please get in touch with us at mail@kustomrama.com if you have additional information or photos to share about Joe Brenner's 1941 Mercury.