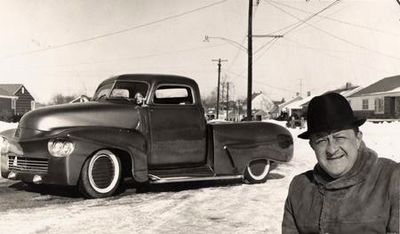 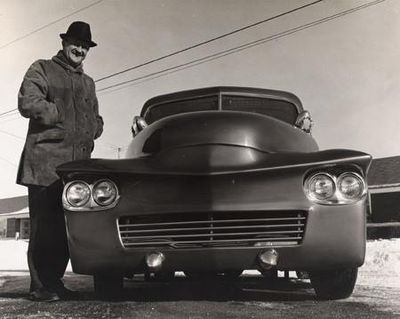 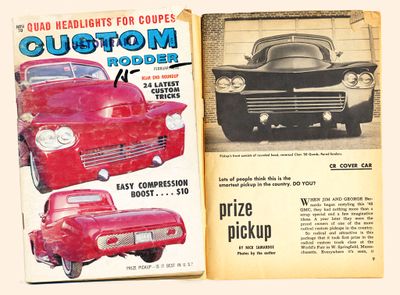 The Bernardo Bros truck was featured on the cover of Custom Rodder February 1960. 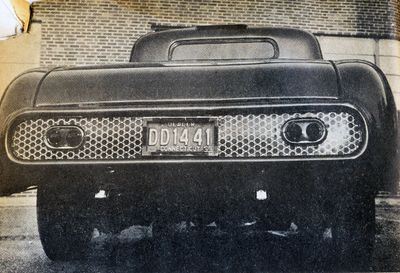 The rear of the truck featured a handmade grille opening that ran a 1958 Ford grille and 1950 Buick taillights. Tubing was used around the opening. The tailgate was made from a 1952 Ford hood. Photo by Nick Samardge, courtesy of Custom Rodder. 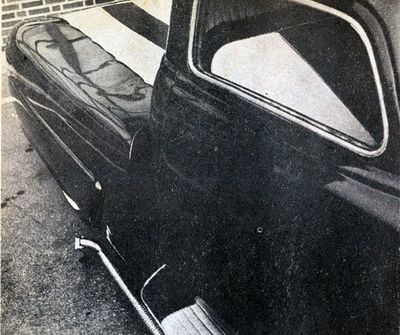 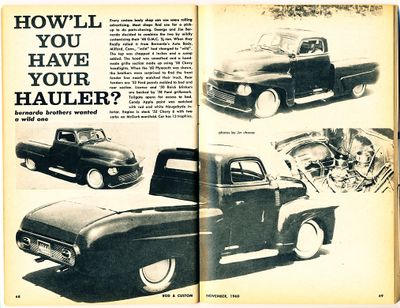 The Bernardo Truck was featured in Rod & Custom November 1960. This version featured a nerf bar up front.

Jim and George's truck was one of 7 Bernardo Bros customs displayed at the 1961 Hartford Autorama. 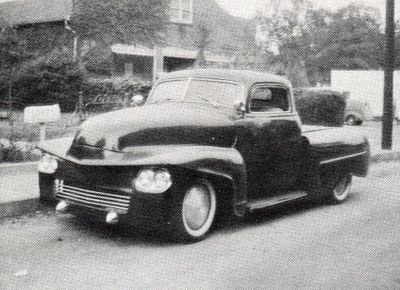 A photo of the truck from the 1961 Hartford Autorama Souvenir Pictorial. 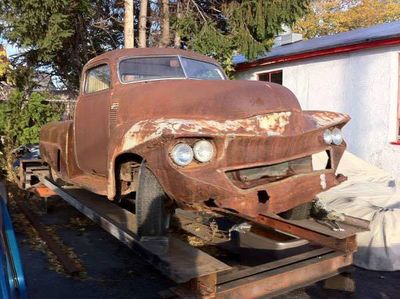 The Bernardo Truck as it sat in 2015. Photo provided by Al Battista.

1948 GMC 1/2 ton pickup truck owned and restyled by Jim and George Bernardo of Bernardo Auto Body in Milford, Connecticut. The truck was built as rolling advertisement for their shop, and when it was not shown at shows, it was used for chasing parts.

In the early stages, the truck was white with pinstipring and scallops by Al Battista.[1] Later on the frontal area on the truck was reworked to accept reversed 1958 Chevrolet quad headlights and a custom made grille. The front bumper was replaced with a rolled pan that was dressed up with two chromed bullets. The front fenders were flared, and the hood was rounded. The top was chopped 5 inches, and featured a handmade scoop. Quarter panels from a 1952 Ford were molded to the bed and rear section of the car. The rear of the truck featured a handmade grille opening that ran a 1958 Ford grille and 1950 Buick taillights. Tubing was used around the opening. The tailgate was made from a 1952 Ford hood. The body was covered with 3 gallons of Candy Apple Red paint that Jim and George rubbed to a high lustre. It was dressed up featuring lakes pipes, dual spotlights and Moon discs. The upholstery, fender covers and tarp were matched in red and white rolled and pleated Naugahyde. The headliner was rolled. It was powered by a modified 1952 Chevrolet engine.[2]

Once completed, the truck took first prize in the radical custom truck class at the Hot Rod & Custom Car World's Fair in West Springfield, Massachusetts. It was featured on the cover of Custom Rodder February 1960, and the feature story described the Bernardo Brothers truck as one of the smartest pickups in the country.[2]

In 1960 the Bernardo truck was featured in Rod & Custom November 1960. According to that story, the top was chopped 4 inches. This version featured a nerf bar up front, replacing the chromed bullets. At the time, the engine ran two carbs on a McGurk manifold. When the story was made, the car had won 13 trophies.[3]

In February of 1961 the car was displayed at the Hartford Autorama, along with 6 other Bernardo Customs, according to the souvenir pictorial from the show, that version of the car featured a custom Candy Gold finish.[4]

Please get in touch with us at mail@kustomrama.com if you have additional information or photos to share about Jim and George Bernardo's 1948 GMC.