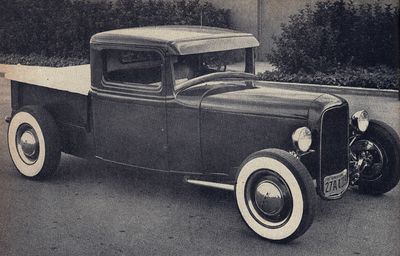 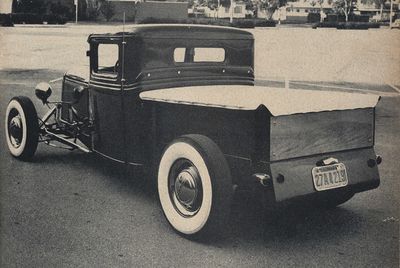 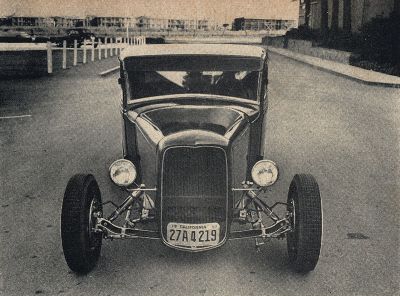 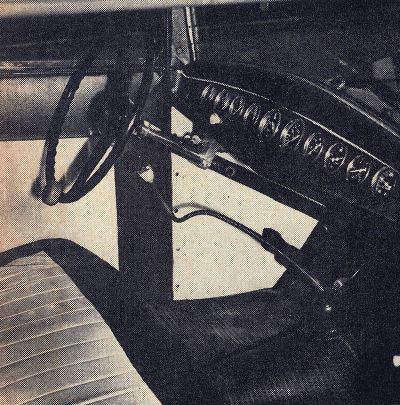 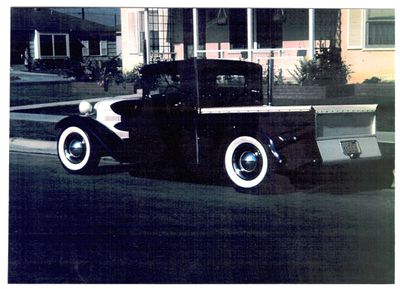 1934 Ford Pick-Up built by Jay Everett. Jay designed and shaped all parts himself. The radiator shell was stock 1932 Ford. The hood was replaced by a one piece hood and solid side panels. The cab was chopped 6 inches and channeled 3 1/2 inches over the frame rails. The rear crossmember was flattened. Jay employed a stock-height 1932 Ford front axle. The bed and rear underpanneling was made of 16 gauge sheet stock. Ten functional instruments decorated the dash panel. jay chose a 1946 Mercury powerplant for the car. A Sharp dual intake manifold, and Spalding ignition were fit on the engine.[1]

Soon after completing this pickup he crafted a hand-built sports rod. He based it on a tube chassis of his own design and contracted Jack Sutton (Max Balchowski's Ol' Yeller, among others) to craft the aluminum body panels. The car was debuted at the 1953 Petersen Motorama in a pale gold finish. After a lukewarm reception he restyled the front of the car, changed the rear details, painted the car dark metallic blue, and renamed it The Astra Coupe.

Please get in touch with us at mail@kustomrama.com if you have additional information or photos to share about Jay Everett's 1934 Ford.