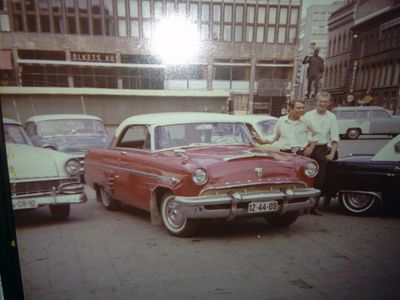 Jarle's Mercury as it appeared before it was restyled. This photo is taken at Youngstorget in Oslo around 1963-1964. Youngstorget was a popular place to hang out for teenagers and talk cars and girls in Oslo in the 1960s. Jarle and T-Bird is standing next to the car. Photo courtesy of T-Bird. 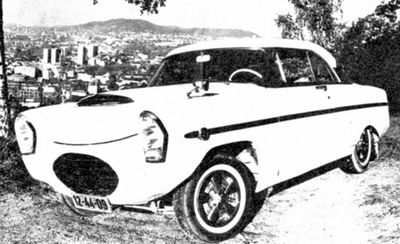 Jarle's Merc as it appeared when it was featured in the Norwegians men's magazine Alle Menn in the late 1960s. Photo courtesy of Terje Sæthre 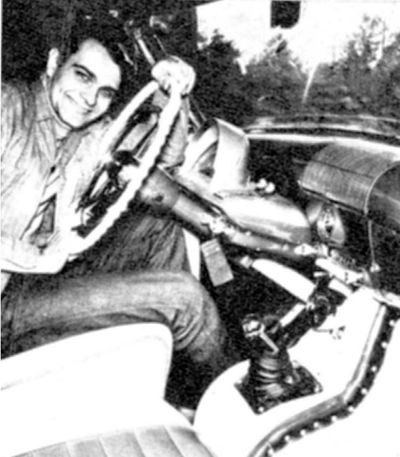 Jarle with the Merc. Photo courtesy of Terje Sæthre 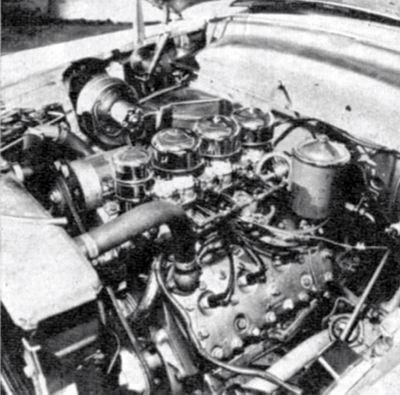 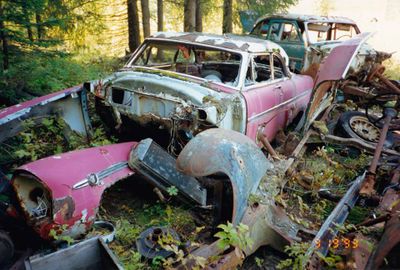 The remains of Jarle's Mercury as it sat in 1993, next to the mechanical shop. Photo courtesy of Bjørn Skartsetherbakken - from Norske Amcarhistorier. 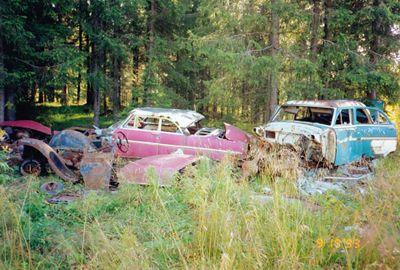 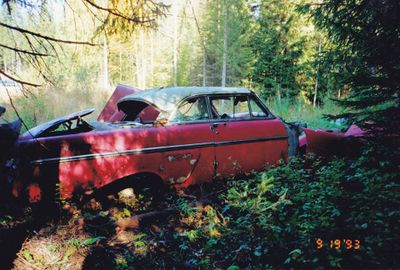 1953 Mercury 2 door hardtop owned and restyled by Jarle Pedersen of Oslo, Norway. Jarle was one of the teenagers that used to hang at Youngstorget in Oslo from the mid to late 1960s. After having several cars such as a 1948 and a 1951 Ford, Jarle bought the Mercury in the mid 1960s. The front on Jarle's Merc was heavily restyled by removing the bumper and grille and by creating a new front end for the car that incorporated an oval grille opening. The stock headlights were replaced by a pair of Mercedes 220 S headlights. The engine was hopped up by installing three dual carburetors and a hotter cam. Jarle worked as an auto-painter, and the Merc received several different paint jobs, such as white, yellow and red. 15.000 Norwegian Kroner's and about 3000 hours of work went into the Merc when Jarle restyled it.[1]

Jarle's old Mercury ended up next to a mechanical shop at Eina, a few metres from Riksvei 4. Photos showing the remains of the car as it sat in 1993 exsists. The shop eventually went bankrupt, and the city of Eina sent the old custom to the crusher without telling the owner.[2]

Please get in touch with us at mail@kustomrama.com if you have additional information or photos to share about Jarle Pedersen's 1953 Mercury.