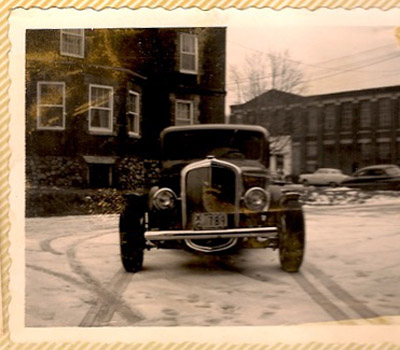 The coupe as it looked before James painted it "Cherokee Red". Photo provided by Patricia Bowdish. 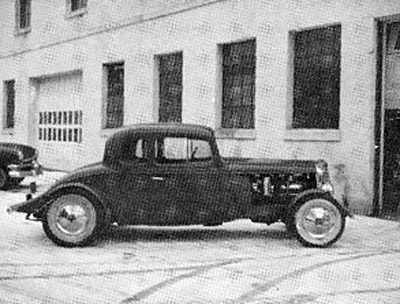 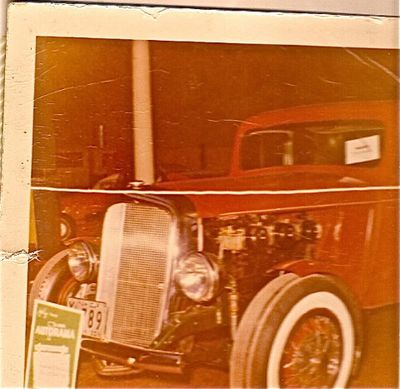 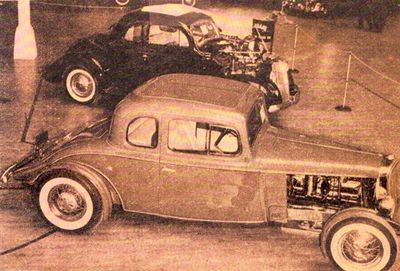 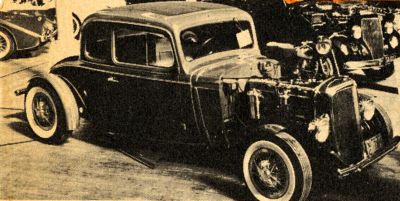 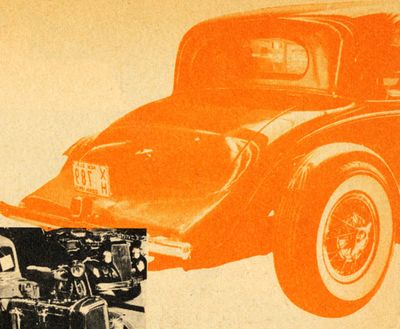 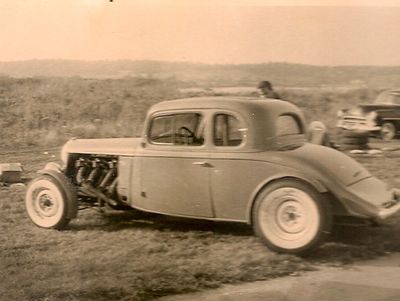 1934 Chevrolet coupe owned and built by James R. Bowdish of New London, Connecticut. The body on James' coupe was channeled 7 3/4" over a partially chromed frame. The stock grille shell was replaced by a chromed 1933 Chevrolet grille shell. Tubular bumpers were installed, and the rear pan was faired into the body. 1936 Ford spare tire covers were used for fenders. The car was upholstered in green and white, and the instrument panel was custom made. The coupe was powered by a highly chromed GMC 6 cylinder 302 cid engine that produced 200hp. The engine was hooked to a long-armed stick shift. The coupe was clocked at 120 mph, and James used to compete with the car at the Southern New England sanctioned drags at Charlston, R.I.[1] The car was originally painted black, but by the 1957 Hartford Autorama the car had been painted 1934 Chevrolet "Cherokee Red". James' family owned a GM dealership, and they had a paint booth, so James painted the car himself.[2]

James sold the '34 to his brother in 1961. He was supposed to buy the car back from his brother, but as he and his wife Patricia Bowdish were raising a family they hadn't money to buy it back. The 34 was sold to someone in the navy in New London in 1963. The car was in the Groton, Connecticut area for a while before James and Patricia lost track of it. They tried to locate the car for several years without any luck.[2]

Please get in touch with us at mail@kustomrama.com if you have additional information or photos to share about James R. Bowdish's 1934 Chevrolet.