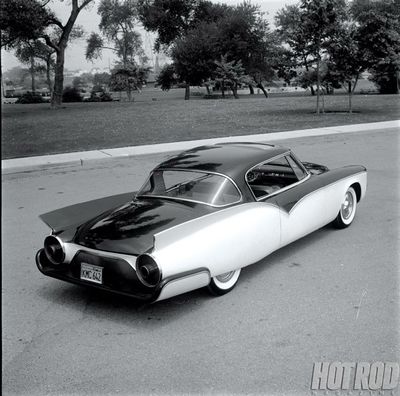 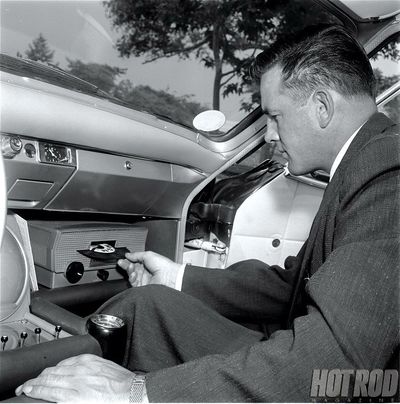 James demonstrating the record-player in the Studebaker. Photo by Eric Rickman, courtesy of Hot Rod Magazine. 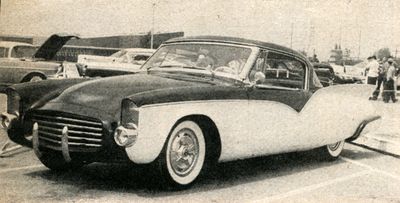 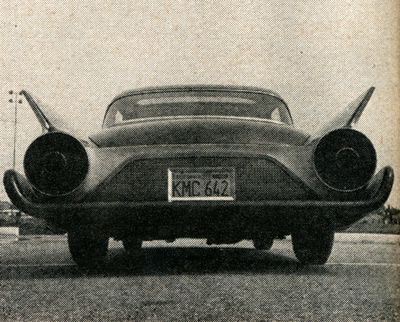 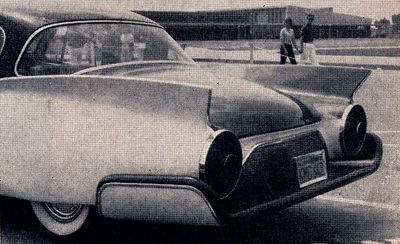 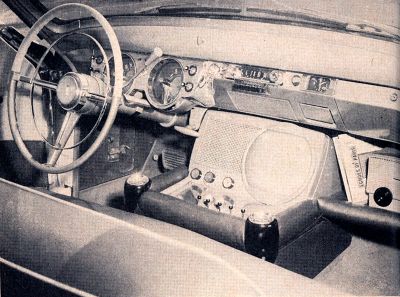 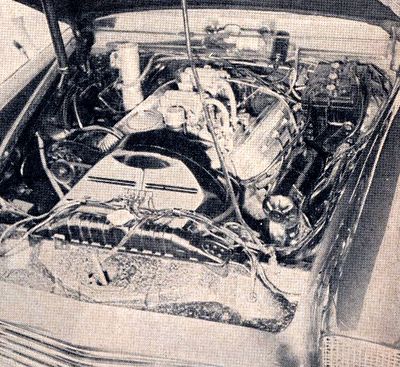 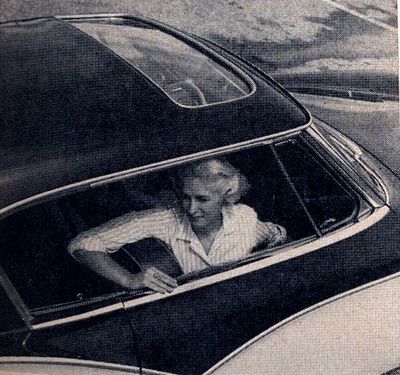 1955 Studebaker owned and restyled by college instructor James P. Butler of Gardena, California. James' Studebaker used electronics to operate the steering, passenger door, record player and possibly the only in-car television set that actually worked in 1957. With the touch of a button, the car could go around a curve without touching the steering wheel. You could also turn to left or right with touching pushbuttons.

The rear end was fully restyled, with upswept rear fenders. The dip on the doors were emphasized by two-tone paint job which consisted of maroon and white. The rear wheel openings were welded, making the quarter-panels smooth and clean. The side body trim flowed naturally onto the top of the finned rear section. The fins were made out of hand-formed steel plate. The huge taillights had four-inch exhaust pipes mounted in their centers. The lower contoured gravelpan served both as a styling gimmick and as protection for the rear and sides. The sunroof was taken from a 1949 Plymouth, and cost only $8 to fit and install, and it was done in half day's time. The engine featured a supercharger and extra hydraulic pumps for the steering.

In 1958 James' Studebaker was nominated as one of 28 "Top Customs of the Year" by Motor Life magazine.[1]

Please get in touch with us at mail@kustomrama.com if you have additional information or photos to share about James P. Butler's 1955 Studebaker.