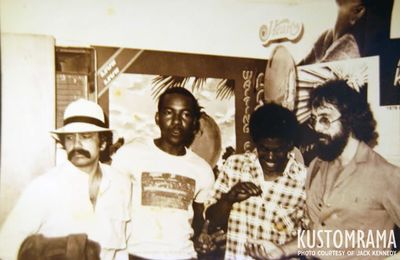 Jack with Cheech and Chong. Photo courtesy of Jack Kennedy. 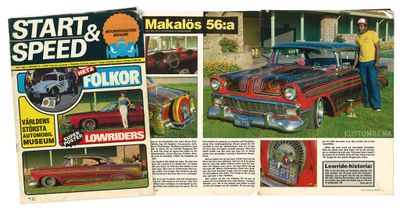 In 1983 Jack's Chevrolet was featured in the Swedish magazine Start & Speed. Named "Makalös 56:a/The Amazing 56," the story featured text and photos by Edvardsson and Theodorsson. 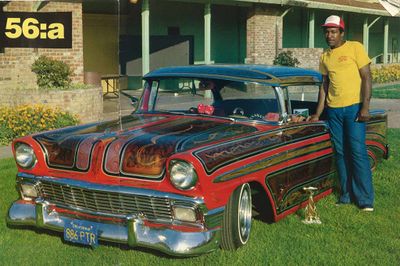 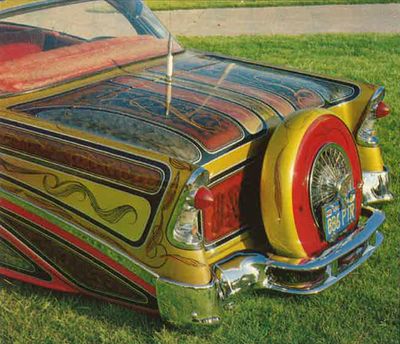 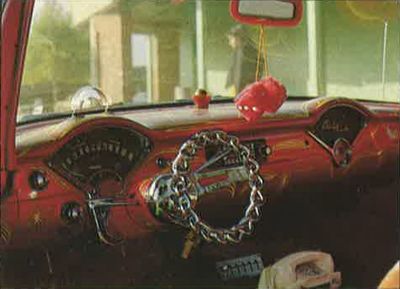 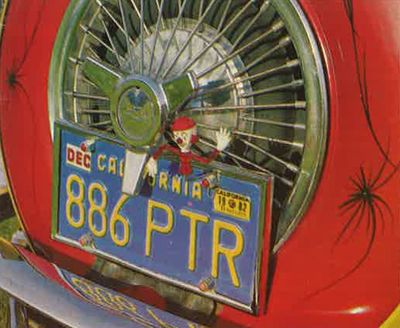 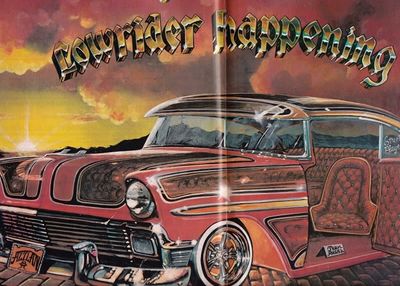 A Teen Angel painting of Jack's Chevrolet from Lowrider Magazine.

Jack, who ran Street Players Custom Auto in Sacramento, bought the Chevy for $75.00 in 1975. In 1976 Dave Migelitto gave it a radical custom paint job that incorporated panels, custom graphic, and pinstriping. Jack installed a late 327 Chevrolet V8 in the car along with hydraulic lifts on all four corners.[2] "I had a wireless remote control that operated the lifts," Jack told Sondre Kvipt of Kustomrama in 2018. "It used to trip people out!" Custom accessory included a continental kit, fender skirts, and a sun visor. Jack did also install power windows and power vents in the car, along with bucket seats and a Thunderbird tilt steering column.[1]

In the late 1970s Jack drove Cheech and Chong in the Chevy. In 2017 he told Sondre Kvipt of Kustomrama that he picked them up at the airport with about 20 or more lowrider cars; "They were having a concert in Sacramento and I cruised them in the Chevy for about 25 miles to a TV-Radio station. It was a blast!"[1]

In 1983 Jack's Chevrolet was featured in the Swedish magazine Start & Speed. Named "Makalös 56:a/The Amazing 56," the story featured text and photos by Edvardsson and Theodorsson.[2]

Jack sold the car for $5,000. "The guy wanted to make it stock, so I bought back the continental kit, sun visor, and skirts."

Please get in touch with us at mail@kustomrama.com if you have additional information or photos to share about Jack Kennedy's 1956 Chevrolet.