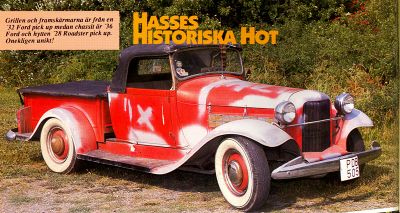 Trazan's roadster pick up as it looked when it was featured in Power Magazine Oktober-December 1992. 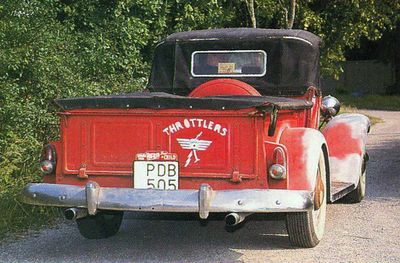 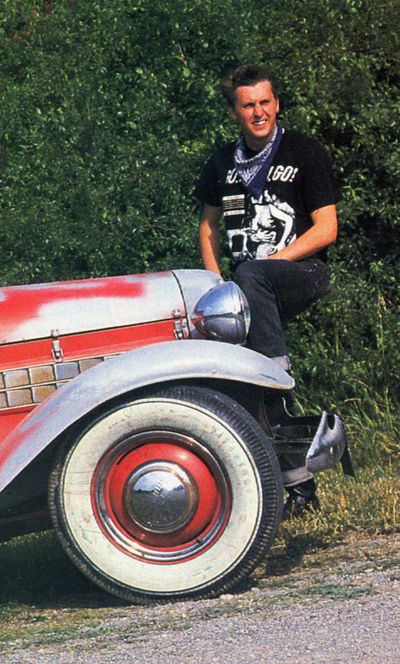 Hasse "Trazan" Petterson with the pick up in 1992. 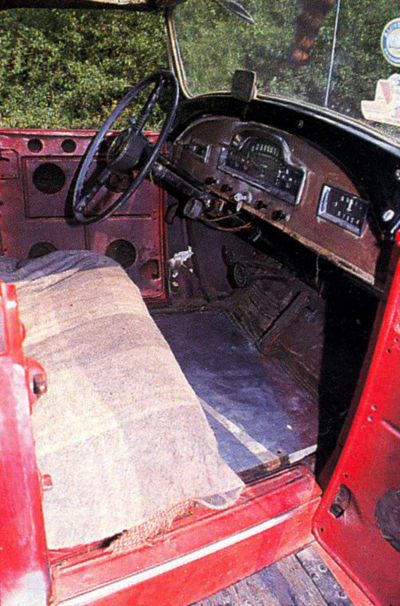 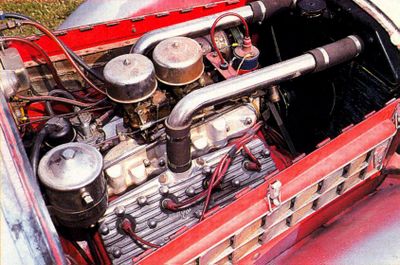 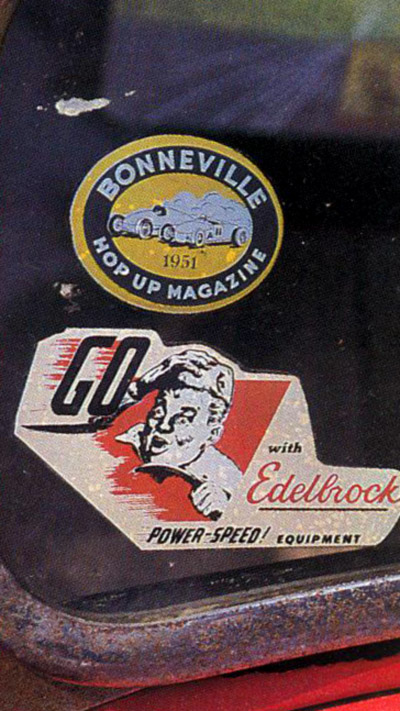 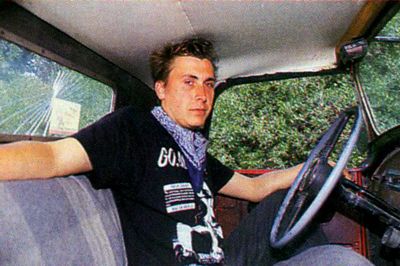 1928 Ford Model A Roadster Pick Up originally restyled in California in the 1940s. Hasse "Trasan" Petterson of Karlstad, Sweden found the old survivor at a Swap Meet in Pomona in the autumn of 1990. Trasan, was actually looking for a custom object when he spotted the old hot rod. He immediately understood that this had to be an old build and went over to check it out. The truck was currently owned by Joe Moreno, and according to Joe the build had been started in 1947. It was supposedly completed in June 1948, and used until the owner was put behind bars in 1951. While the owner was in prison, the car was put in storage in a small garage. The owner was then drafted in to the army and sent to Korea. He died in the war, and his mother kept the car in the same garage where it was put in storage in 1951 for the next 39 years. The car stayed in storage until Joe Moreno was able to trace its whereabouts in 1990. By then a new garage had been built in front of the old garage, blocking the car. After convincing the old lady about selling her sons old car, Joe had to remove the back-wall of the garage in order to get the truck out. The old hot rod was powered by a Ford Flathead V8 that was hopped up featuring Edelbrock heads, a Tornado intake and dual Stromberg 97 carburetors. The engine was hooked to a 1940 Ford transmission with Lincoln Zephyr gears. After replacing the the contact point in the distributor and the spark plugs, Joe was able to fire up the old engine. Joe found out that the 1928 Ford Model A cab was mounted on a 1936 Ford chassis. The truck had also been upgraded with hydraulic brakes from a 1940 Ford. The wheels were 16 inch 1940 Mercury steelies with the stock Mercury hubcaps and 6.00x16 tires. The grille shell and fenders were 1932 Ford and the hood-sides were from a 1939 LaSalle. The front bumper was from a 1940 Oldsmobile and the rear bumper from a 1949 Ford. A continental-kit from a 1937 Ford was installed between the cab and bed. The bed was taken from a 1932 Ford, and the taillights were from a 1930s Plymouth. According to Joe, the top was fabricated by Carson Top Shop. Inside, the old roadster pick up was fit with a 1949 Cadillac gauge and clock. The steering column is from a 1949 Ford. Trasan bought the old roadster pick up from Joe, and he brought it with him back to Sweden. The car arrived in Sweden November 23, 1990, and Trasan spent the next year getting the old rod back on the road again. After 39 years in a garage Trasan had to fix the brakes, replace the radiator and replace parts of the electrical system.[1]

Please get in touch with us at mail@kustomrama.com if you have additional information or photos to share about Hasse Petterson's 1928 Ford.