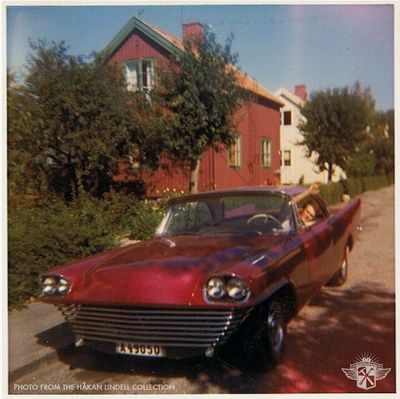 A photo of Kjelle with the DeSoto. The photo was taken in Enskedefältet in Stockholm, Sweden in 1964 or 1965. Photo from The Håkan Lindell Photo Collection. 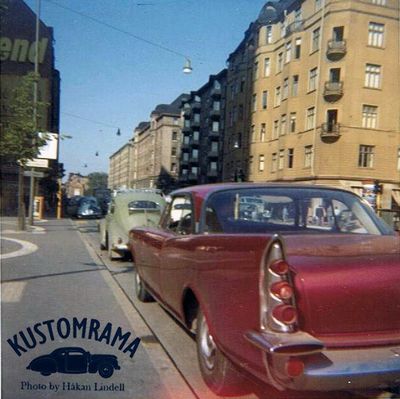 A rear end shot of Sillarna's DeSoto from The Håkan Lindell Photo Collection. 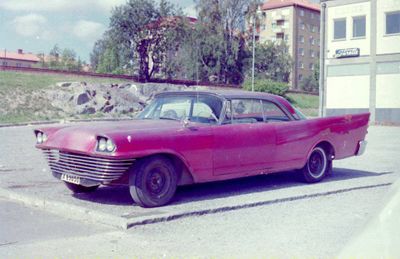 1957 DeSoto owned and restyled by Hans "Hasse" Broberg and Kjell "Kjelle" Gustad of Enskedefältet in Stockholm, Sweden. Hasse and Kjelle had a club called Sill Drivers. The club was established just for fun mostly, and the boys were often referred to as Sillarna. In 2015 Hasse told Kustomrama that they bought the car in 1964; "We bought the car in Stockholm. It was a well known Norwegian musician that had bought the car new. Our inspiration for the build came from cars we had seen in Hot Rod Magazine. Tube grilles was a hot trend over there in 1964. We gave the original grille to Bosse "Gamen" Sandberg, and I believe he installed that on one of his cars." When Hasse and Kjelle restyled the car, they shaved all door handled and installed solenoids with hidden switches to open the doors. C.G. Björk, an old neighbor of Sillarna remembers that the DeSoto was so amazing back in those days due to features such as the electronic operated doors.[1]

Håkan Lindell, a friend and neighbour of Hans, remembers that the car was customized when he moved back to Sweden in the Summer of 1964, so it was restyled sometime prior to this.[2]

Please get in touch with us at mail@kustomrama.com if you have additional information or photos to share about Hans Broberg and Kjelle Gustad's 1957 DeSoto.