From Kustomrama
(Redirected from Grecian)
Jump to: navigation, search 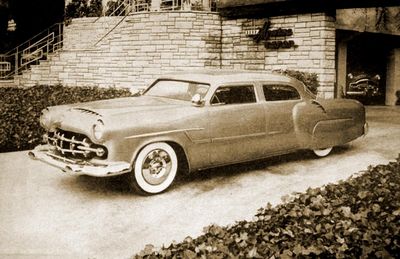 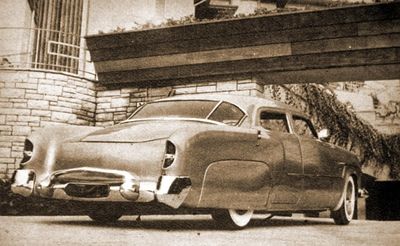 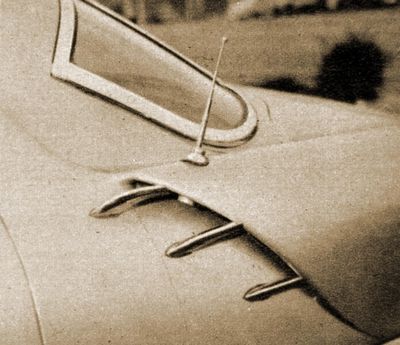 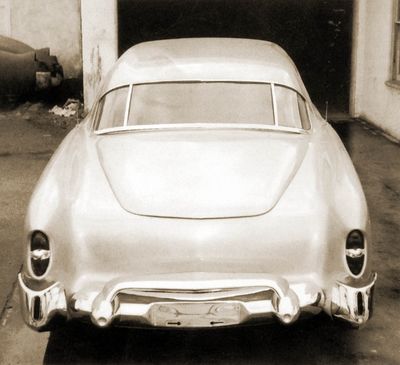 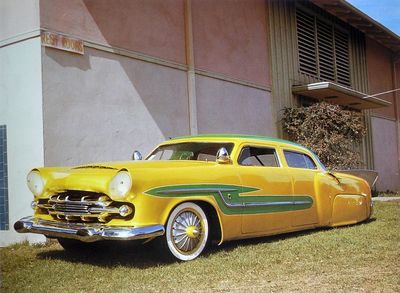 The Modern Grecian version of the car 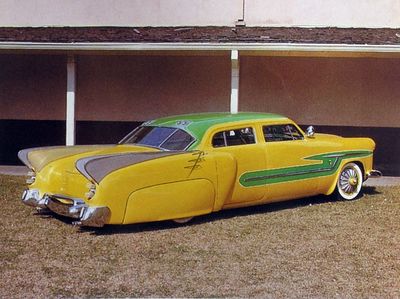 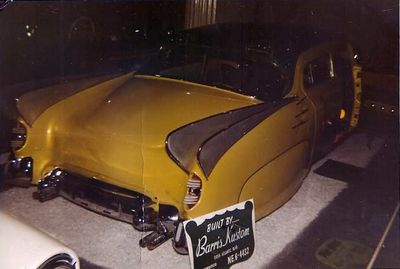 A photo of the Modern Grecian version of Earl's Studebaker taken at the 1960 Oakland Roadster Show. Photo courtesy of Dwain Grindinger, from The Studebaker Drivers Club Forum. 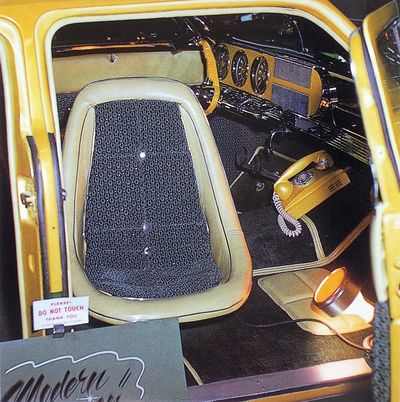 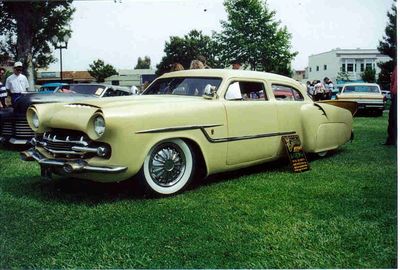 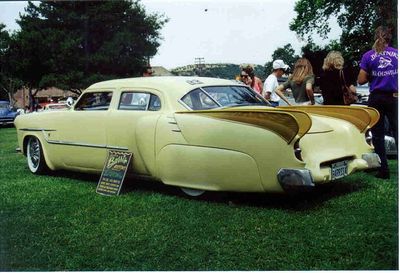 George Barris with the Grecian. Photo courtesy of Transforming the Pickle. 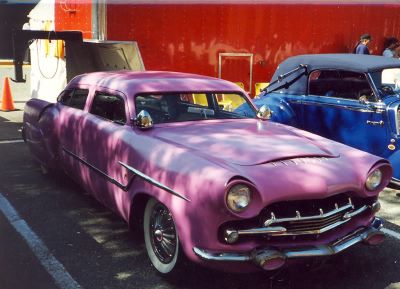 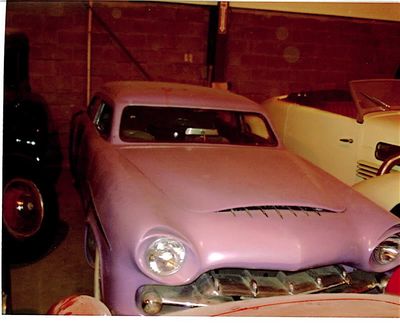 The Grecian as it sat in 2007. The photo was taken at a restoration shop for high end cars. Photo courtesy of The Studebaker Drivers Club Forum. 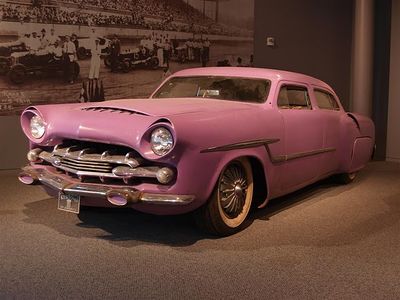 The Greican exhibited at the America on Wheels museum in Allenstown, Pennsylvania 2010

1947 Studebaker restyled by Barris Kustoms for Earl Wilson of Los Angeles, California. Earl's Studebaker is also known as the "Grecian".

The top on the Grecian was chopped 4 inches, and the body was channeled and sectioned 5 inches. 1951 Mercury rear fenders were molded to the rear of the car. The rear fenders were fit with functional air scoops. Functional air scoops were also fabricated onto the front fenders and hood.[1] it featured push-button operated windows, doors, hood, aerial and deck lid. The grille opening was made from two 1949 Mercury grille shells and a lot of sheetmetal. The grille was made from two 1951 Lincoln grilles combined with parts from several other cars. The front fenders were extended and fit with frenched headlights. The front bumper was made from 1952 Oldsmobile grille bars and Lincoln bumper ends. [2]. Frenched DeSoto taillights were used in the rear of the car. Vertical exhaust pipes openings where cut into the rear Lincln bumper courners. A Kaiser bumper guard was also added. Carson Top Shop covered the interior in green velvet and white leather. Once the car was done in 1952, it was considered to be one of the country most highly customized car.[1]

The Grecian came back to the Barris shop when it was needed for a movie. It was fit with twin extruded aluminum fins on each rear fender, canted headlights, a new grille and a pearl yellow paint job with green diamond dust panel scheme that was applied by Junior Conway. The interior was redone by Eddie Martinez and featured four swiveling bucket seats trimmed in green and yellow upholstery with a silver piping, a tv telephone and a modified steering wheel. It was re-named into the "Modern Grecian".[3]

The Modern Grecian version Earl's Studebaker was shown at the 1960 Oakland Roadster Show. Dwain Grindinger returned on the last night to see all the vehicles start and drive out of the building after the awards ceremony. The hood on the Modern Grecian car was slightly raised as Dwain believes it had a battery charger hooked up. He was just shocked to find out that nothing had ever been touched in the engine compartment of the car! "Fender wells still original green color, dirty engine, not detailed."[4]

In January of 1960 the Modern Grecian was shown at the San Mateo Custom, Rod & Sports Car Show. The car was partially destroyed in a wreck following a San Diego show a week later.[5]

January 2010 the pink version of the Grecian was exhibited at the America on Wheels museum in Allenstown, Pennsylvania.[6]

Please get in touch with us at mail@kustomrama.com if you have additional information or photos to share about Earl Wilson's 1947 Studebaker.