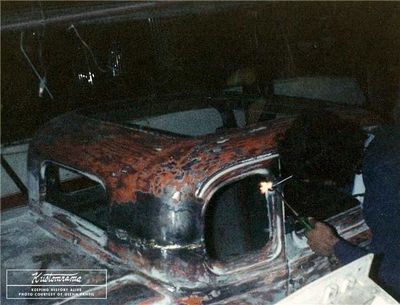 Glenn bought the coupe from a buddy in the 1980s. After keeping the car for 30 years, he finally decided it was time to put it together. Photo courtesy of Glenn Panfil. 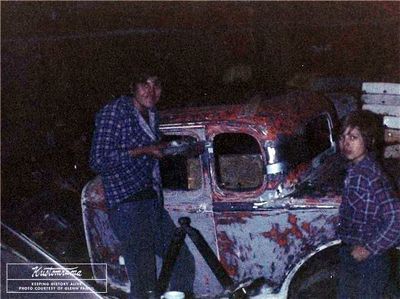 "My brother Darrel and I took a trip to my older brother Jerry's garage to retrieve the body that had been stored there for years and bring her back home. First, my brother Darrel and I got to work on the body and cut off all the 80s designs that had been done to it. Then we did all the metalwork: floors, firewall, cowl, doors, quarters, trunk, and yes even the roof, re-chopping it to our liking with raking the roof. Then we channeled it and added raised fixed rocker panels." Photo courtesy of Glenn Panfil. 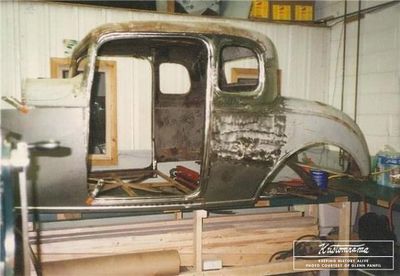 Darrel and Glenn fabricated all the panels and patches themselves, "back then nothing was available aftermarket." Photo courtesy of Glenn Panfil. 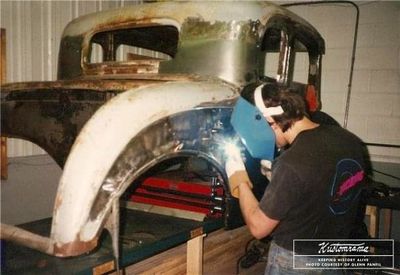 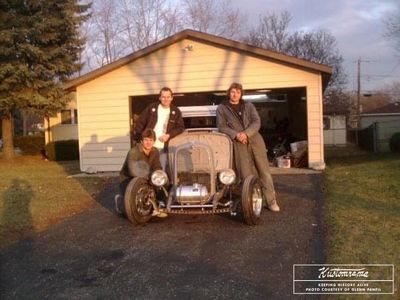 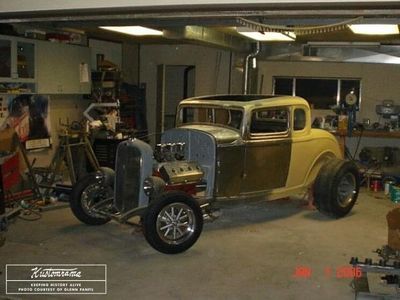 When Glenn set out to build the coupe, it seemed like everyone was building 50s styled hot rods, so he decided to go 1960s gasser style. Photo courtesy of Glenn Panfil. 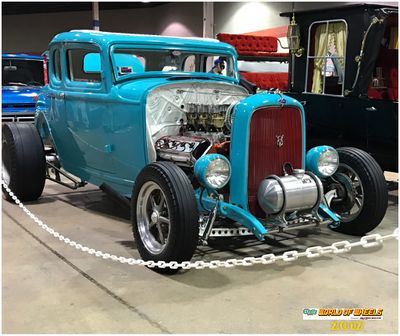 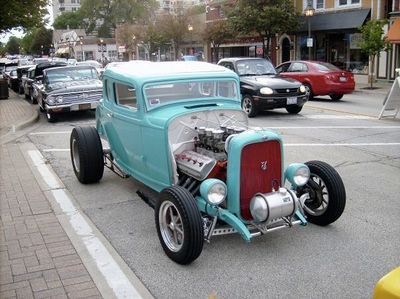 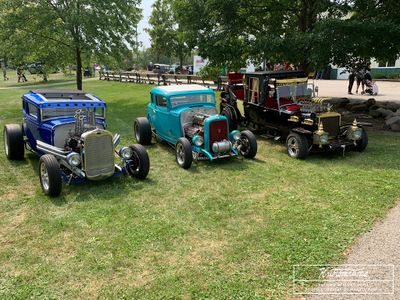 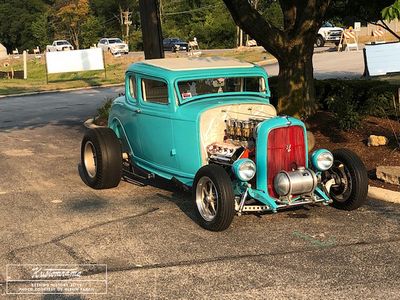 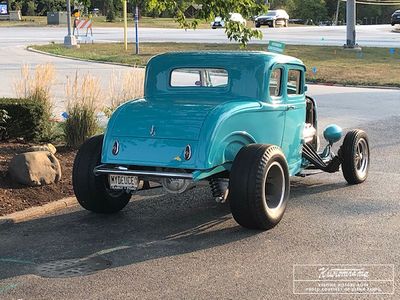 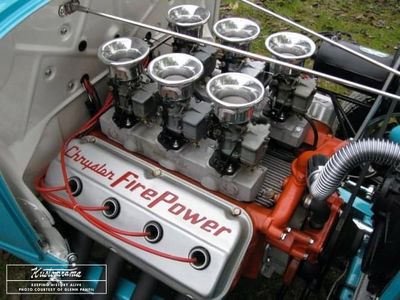 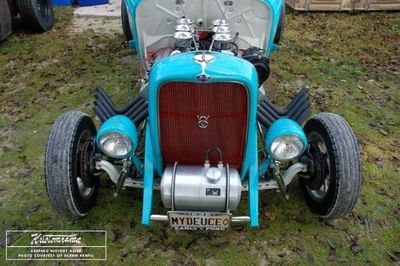 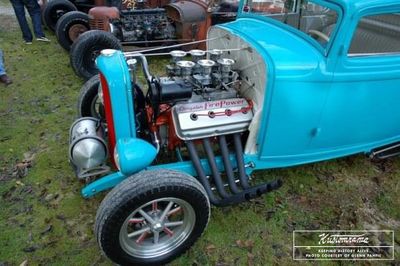 1932 Ford 5-Window Coupe owned and built by Glenn Panfil of Glen Ellyn, Illinois. "When I was a teenager in the early 1980s you could find cars cheap and gas was affordable, so I started buying old, cool cars to restore and cruise," Glenn told Sondre Kvipt of Kustomrama in 2022. "What started as a hobby soon became a passion. I remember telling my girlfriend, who is now my wife Cindy, that I wasn’t going to buy any more cars that year as I already had a few projects in the works. As fate would have it my buddy Sean called me right after that and said he was moving and asked if I would like to buy the deuce coupe he had in his shed. I didn’t hesitate and said, "sold." Cindy commented "you just said no more cars," and I replied, "but babe it’s a deuce coupe!" $500.00 later it was mine."[1]

After keeping the car for 30 years, Glenn decided it was time to put it together. "My brother Darrel and I took a trip to my older brother Jerry's garage to retrieve the body that had been stored there for years and bring her back home. First, my brother Darrel and I got to work on the body and cut off all the 80s designs that had been done to it. Then we did all the metalwork: floors, firewall, cowl, doors, quarters, trunk, and yes even the roof, re-chopping it to our liking with raking the roof. Then we channeled it and added raised fixed rocker panels. Darrel and I fabricated all the panels and patches ourselves, back then nothing was available aftermarket."[1]

Glenn and Darrel built the chassis with new 32 rails and components adding a dropped and drilled 4” Super Bell axle. "It seemed everyone was building 50s style back in the day so I decided to go 60s gasser style. I had a 57 Chrysler 392 HEMI that I purchased at 18 years old so we had the heart of the build. I added 6x2bbl Stromberg 97 carburetors along with an Offenhauser log manifold, Moon finned timing cover, polished Finn aluminum oil pan, and M/T finned aluminum valve covers and up front a classic Moon fuel tank in front of the original 32 Ford grill shell and grill." Glenn contacted Hot Heads Hemi parts for a Magneto and all internals. "Jahn's 10.5-1 pistons. Comp cam Stainless valves new springs and bronze valve guides. Skip at R&R Engine did all the machine work then we assembled. Follow up a Jackson racing turbo 350 with a 2500 stall and B&M star shifter. A rear-end out of my brother Dave's 55 Chevy with 410 posi and fabricated ladder bars. We then hand fabricated funny car style zoomie headers and added 6 velocity stacks. Then I went with ET Top fueler rear rims 16x10 the front set front runners 3.5x15 wrapped in Firestone 16x12 cheater slicks and Bonneville firestone fronts 4x15."[1]

The bodywork was performed in-house by Glenn and his brothers. "I applied the PPG tropical turquoise to the body and chassis and followed up with a pearl white firewall and underbody. My brother Dave added the licks down to the firewall body and rear end. BLC headlights and [[1939 Ford teardrop taillights were then added along with a vintage license plate light and MY DEUCE license plate." The Interior was also done by Glenn, tuck stitched pearl white with hard/soft top followed through to the trunk along with a Coke-themed wrapped battery box, and 16-gallon fuel tank. "The Moon gauges, a vintage BIG DADDY Stars and Stripes tachometer, 13” grant steering wheel and a chrome column wrap up the dash area along with a Southwind heater, custom dice, and stars and stripe pedals to follow the 60s theme. Thanks to Mom and Dad for allowing us to get into cars at an early age or this would have never happened. Special thanks to my wife Cindy and three beautiful daughters Stephanie, Jennifer, and Alyssa who put up with me and all the cars through all these years. I would also like to thank my brothers Jerry, Darrel, and Dave for all their help, all part of PANFIL BROS." Glenn started the build in 2005, and he completed it a year later, in 2006.[1]

Please get in touch with us at mail@kustomrama.com if you have additional information or photos to share about Glenn Panfil's 1932 Ford.