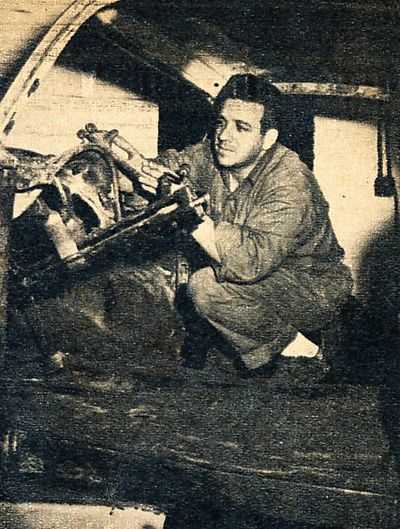 Frank filing lead on his 1940 Mercury. 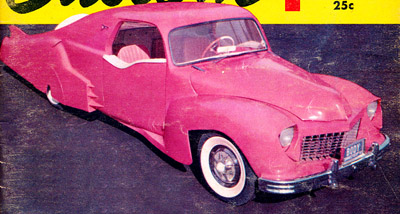 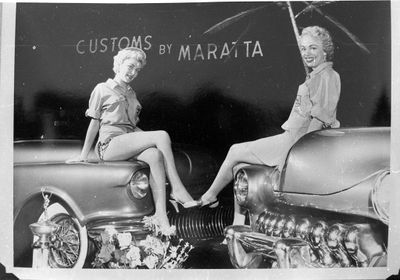 Two Maratta customs at the 1956 Hartford Autorama. George Remington's 1949 Mercury can be seen on the right.

Frank ran and operated New England Auto Body, and he was known for building radical customs in the 1950s.[1]

Frank was the tech advisor for the Hartford Hot Rod Council and the Nutmeg State Timing Association. As drag racing caught on, Frank became the leading advocate for a drag strip in Connecticut, with the help of local car clubs and the Nutmeg State Timing Association. Plans for the strip were laid in 1958 but it wouldn't be until 1961 that the Connecticut Dragway finally opened. Early in 1958 Frank began building a 1930 Ford Model A drag coupe. The car became known as "The Rake," and it was instrumental in Frank's quest to establish the Connecticut Dragway. It competed in the 1958 NHRA Nationals, where it was the A/Gas runner up. The Rake became one of the most well known hot rods in the area. It landed a featured story in Hot Rod Magazine October 1960, took over 30 first place show and drag trophies, and was two-time New England regional A/Gas champion.[1]

In 1961 Frank promoted the first National Rod & Custom Show at the State Armory in Hartford, Connecticut. The first show was held October 18-22, 1961. When Frank started the show, he partnered with John Hychko of Valley Auto Body.[2]

Please get in touch with us at mail@kustomrama.com if you have additional information or photos to share about Frank Maratta.