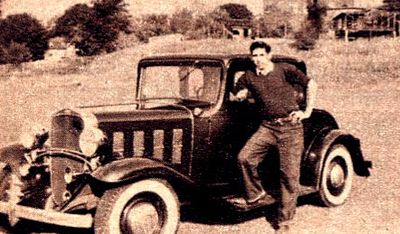 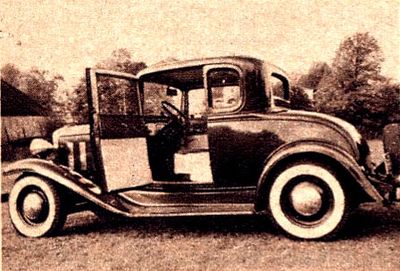 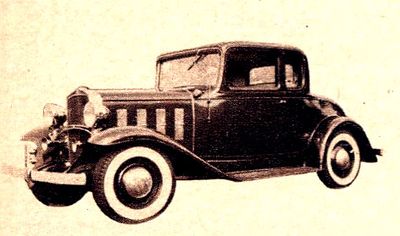 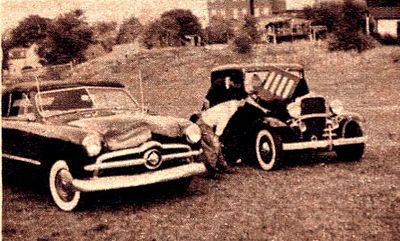 1932 Chevrolet Coupe owned and built by Frank Giandomenico of Franklin, Massachusetts. Frank’s Chevy was featured as “Reader’s Car of the month” in Rod & Custom June 1954. By the time Frank was only 19 years old of age. Frank used to work for his father’s service station where he picked up a sizeable automotive background. When he decided to build up a car, a friend suggested that he ought to use the popular 1932 Ford as a basis. Frank did not agree, so he set out to prove that a 1932 Chevrolet is every bit as practical and good looking as its competitor. After some searching, a fair 32 Chevy turned up. Frank took it home and turned it into a project by hand. Four months later his coupe was completed. A 1946 Ford truck engine with dual exhaust, twin carburetors and milled heads gave the coupe more than enough power when the throttle was pushed to the floor. The engine was hooked to a 1939 Ford transmission which was connected to a 1932 Ford rear end assembly. Airplane shocks were used on all four wheels. The original interior was ripped out and replaced with a red and cream leatherette upholstery. The dash was reworked to receive a full compliment of Stewart-Warner instruments and an array of toggle switches to operate such things as the head and taillights, dashlight, etc. Once the bodywork was done, it was painted metallic maroon. The car weighed about 2490 pounds. The car cost $550 to complete.[1]

Please get in touch with us at mail@kustomrama.com if you have additional information or photos to share about Frank Giandomenico's 1932 Chevrolet.