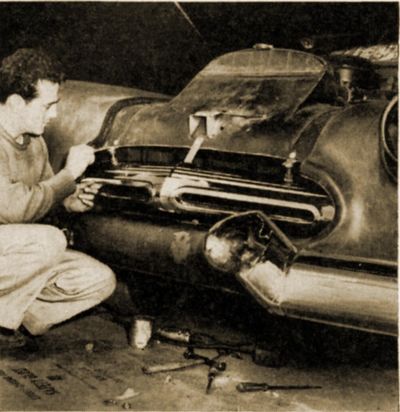 George Barris working on the front 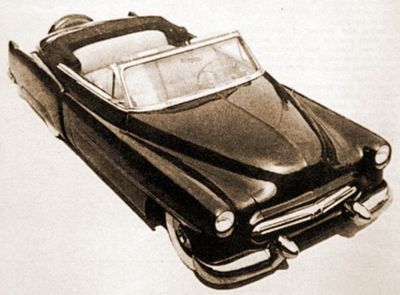 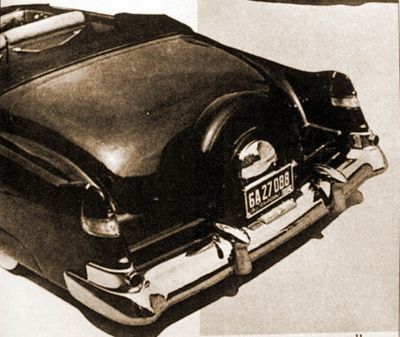 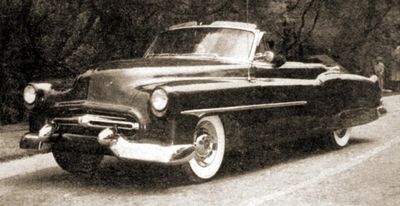 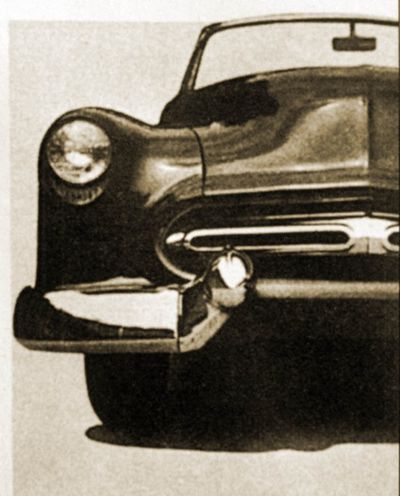 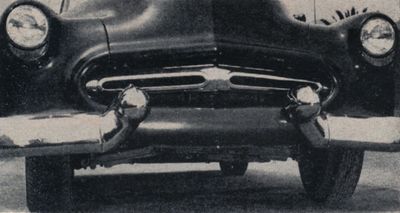 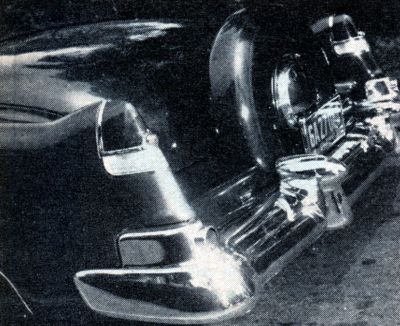 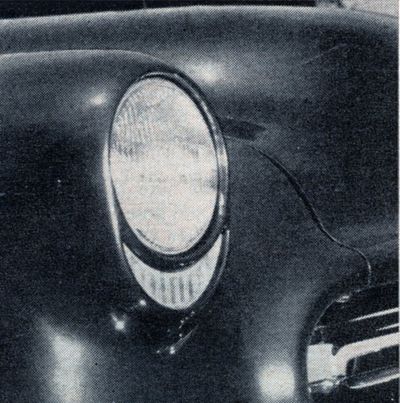 1951 Oldsmobile 98 Covertible restyled by Barris Kustoms for Frank Airheart of Los Angeles, California. Frank bought the car brand new, he tought his car resembled with all the other cars. He handed it over to the Barris brother in 1952 with orders to build an eye catcher.

The hood was shaved and peaked, and all of the the handles and side trims were removed. Spearhead chrome from a 1951 Packard 300 were fitted on the front fenders and doors. Key-lock electric pushbuttons were hidden in the door chrome. The rear section of the car featured a lot of bodywork. The rear fenders and fender skirts were from a 1952 Cadillac which were extended 12 inches in able to install the continental kit. This was done by cuting the fenders in half and weld in a 12 inches piece of sheet stock.[1] To make the continental kit flow better, Barris dropped the kit deeper into the rear gravel pan. This modification allowed them to install a 1952 Cadillac rear bumper as well.[1] The exhaust were routed through the bumper just below the taillights. This smart trick reduces the chance of mashing the pipes when entering steep driveways. Up front, the headlights were frenched, and handmade parking lights made by clear plastic that were frosted inside were installed below.[1] The grille opening was made by 2.5 inch tubing which was heated and bent then molded to the body. The grille was made out of two halves from 1952 Fords. The front gravel deflector was recountered in able to fit the 1952 Cadillac bumper. The section between the guards were cut out. The car was dropped 3 inches in the rear and 2 inches in front. [1]

Barris the car dark organic green, the matching pleated upholstery was made by Carson Top Shop, whom also made the nice top.[1]

Please get in touch with us at mail@kustomrama.com if you have additional information or photos to share about Frank Airheart's 1951 Oldsmobile.