The SCOLF as it looked when it was published in Cars March 1953. 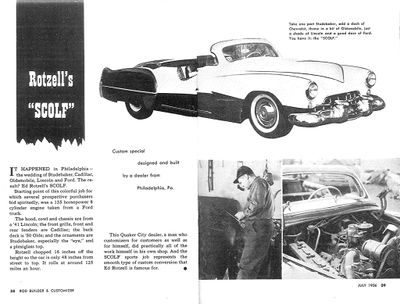 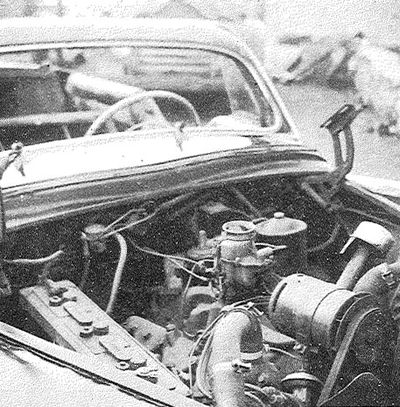 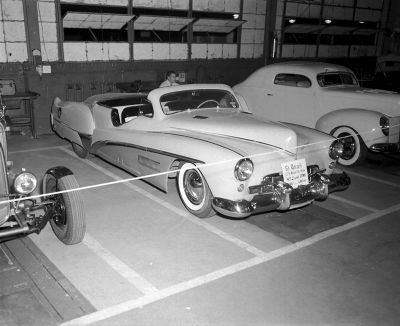 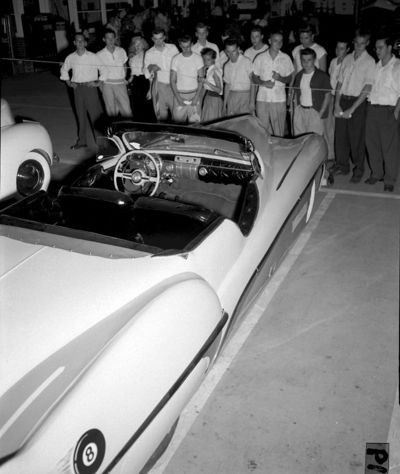 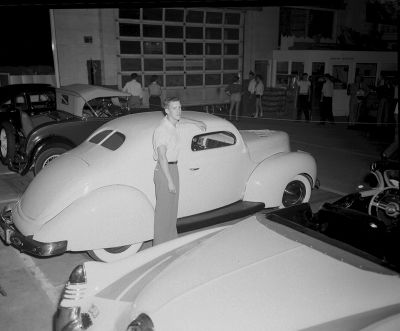 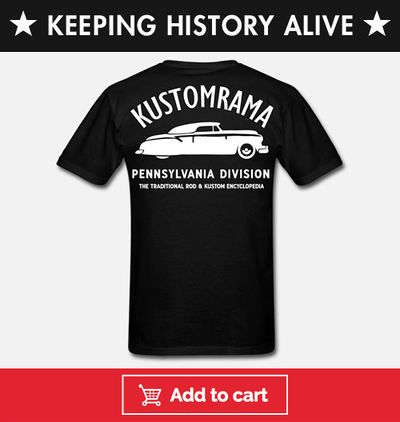 The SCOLF is a sports custom owned and built by Ed Rotzell of Philadelphia, Pennsylvania. Rotzell was a Quaker City dealer who built customs for himself as well as for customers. He did practically all of the work on the car himself in his own shop,and Rotzell became quite known for the custom conversions he did.[1]

In 1953 Ed's sport custom was featured in Cars March 1953. Painted in a rather odd two tone paint job, the car was described as a mass wedding of Cadillac, Lincoln, Oldsmobile and Ford. It was powered by a 135 horsepower Ford 8 cylinder truck engine, and it was good for more than 100 mph according to the story.[2] The same version of Ed's sport custom was also featured in Rod Builder & Customizer July 1956. Rod Builder and Customizer presented the car as a wedding of Studebaker, Cadillac, Oldsmobile, Lincoln and Ford, and it was therefore presented as the SCOLF. The hood, cowl and chassis on the SCOLF came from a 1941 Lincoln, while the front grille, and front and rear fenders were Cadillac. The back deck was from a 1950 Oldsmobile, and the ornaments were Studebaker. Rotzell chopped 16 inches of the height, so the car was only 48 inches from street to top.[1]

In 1954, Ed's custom was shown at the first annual Pennsylvania Autorama, by then it had been fit with a Buick side trim and another set of hubcaps.

In 2017 the SCOLF was owned by Birger Meland of Lier, Norway.

Please get in touch with us at mail@kustomrama.com if you have additional information or photos to share about Ed Rotzell's SCOLF.