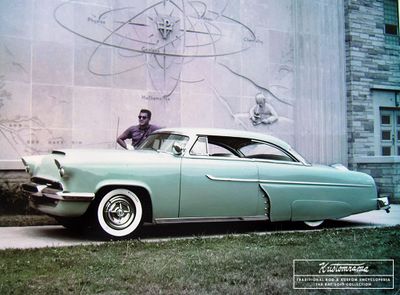 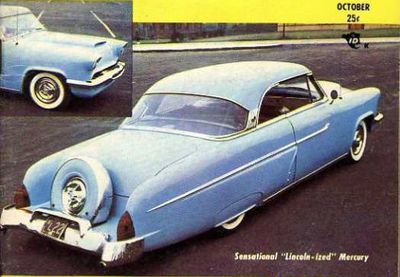 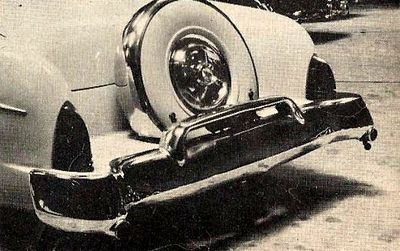 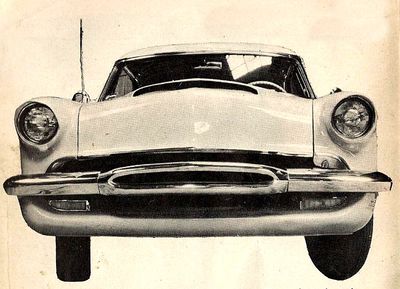 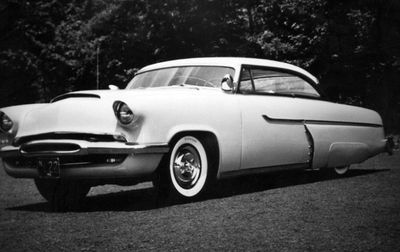 How it looked like with the new chopped 1956 Mercury top. 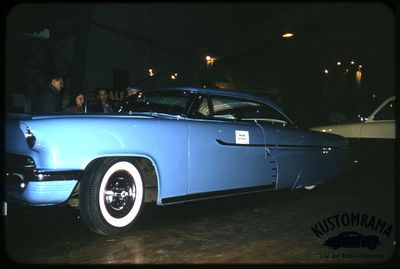 The chopped version of Don's Mercury at the 1957 Hartford Autorama. Photo from The Joe Kizis Photo Collection. 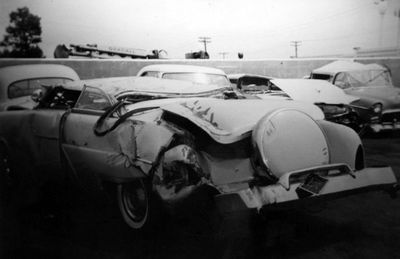 1954 Mercury Hardtop restyled by Les Cove's Custom Body Shop in Hillside, New Jersey for Don Antonelli. Before Don was old enough to drive a car, he used to sit along with his friends talking about customizing Detroit iron. They would even sketch auto designs in their school notebooks. So when Don finally bought his first car at the age of seventeen, he immediately took it, and some rough sketches to Les Cove's Custom Body Shop in Hillside. Don and Les Cove talked over the modifications Don had in mind, a long low and sleek custom. Off course, the stock chrome was removed and replaced with new bright work. New side trim was custom-made, 1955 Pontiac and 1955 Cadillac rear deck teeth were used to accentuate the side panels of the Merc. The air scoops located in the rear quarter panels were modified and fit with trim teeth. The stock front bumper was removed and a 1955 Pontiac bumper was installed and fit with a 1954 Pontiac grille center bar. The rear fenders were modified and extended 17 inches, a continental kit was installed between the rear fenders. A set of 1952 Lincoln taillights were installed along with a Pontiac bumper.[1]

Once the bodywork was completed, it was painted 1956 Lincoln Champlain Blue enamel. Fender skirts were added. Don's Merc was now ready to roll, the entire job cost him $1200. The car took three months to build. However, not long after hitting the streets, Don returned the car back to Les to have him restyle it even further. The rear quarter air scoops were extended to the bottom of the car and a chopped 1956 Mercury roof was installed. The car received a bare metal lacquer paint job. A set of different fender skirts and dual spotlights were added.[1]

Tragedy struck, when Don lost control of the car and drove off the road and rolled around.[2]

Please get in touch with us at mail@kustomrama.com if you have additional information or photos to share about Don Antonelli's 1954 Mercury.