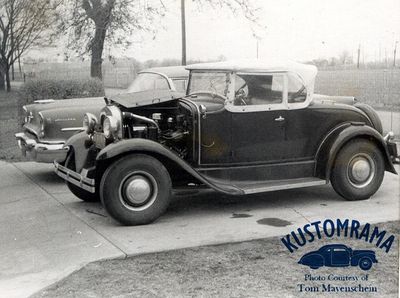 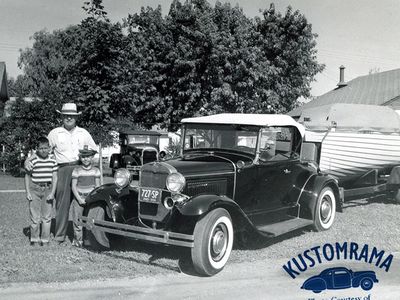 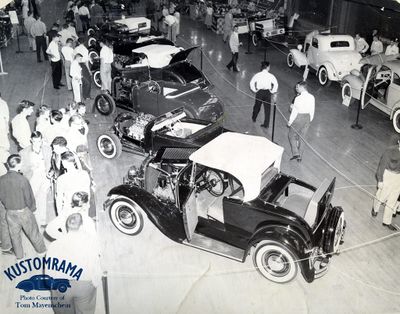 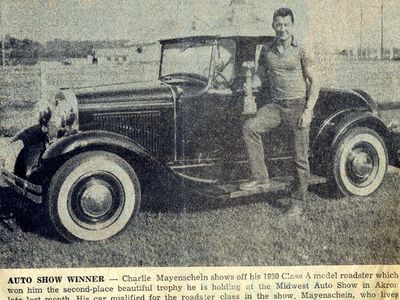 A story about Charley and his award winning hot rod. Photo courtesy of Charles Mayenschein.

1930 Ford Model A roadster owned and restyled by Charles Mayenschein of Fairfield, Ohio. Charles' Ford sported a flathead V8 engine, 12 volt electrical system, drum brakes and a radio. It was lowered all around and fit with whitewall tires. In 1955 Charley took the roadster to Akron, Ohio to show it at the Midwest Auto Show. He was sure he was going to win at the show, but came second. Charley was not satisfied with the second place, and told everyone there that he would be back in two years with a car no one would beat.[1]

Please get in touch with us at mail@kustomrama.com if you have additional information or photos to share about Charles Mayenschein's 1930 Ford Model A Roadster.