Bobby's Ford as it appeared when it was featured in Trend Book 143 Restyle Your Car. 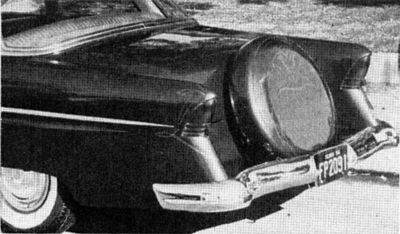 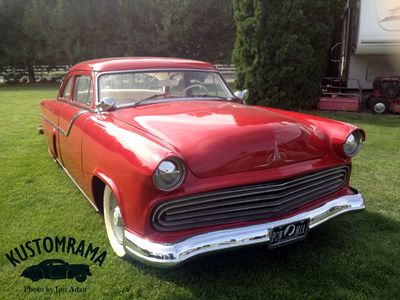 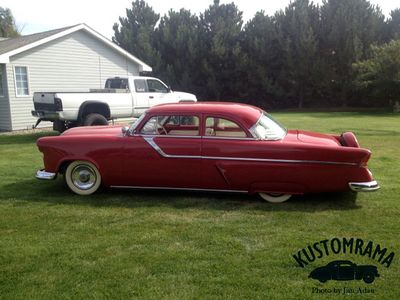 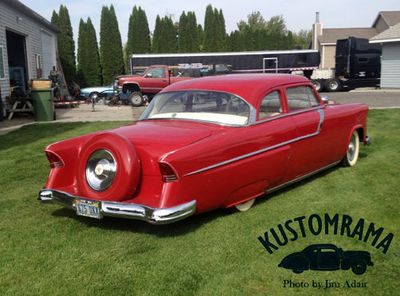 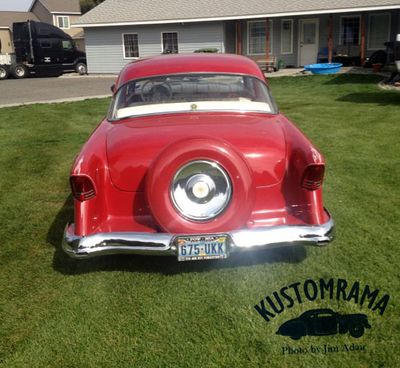 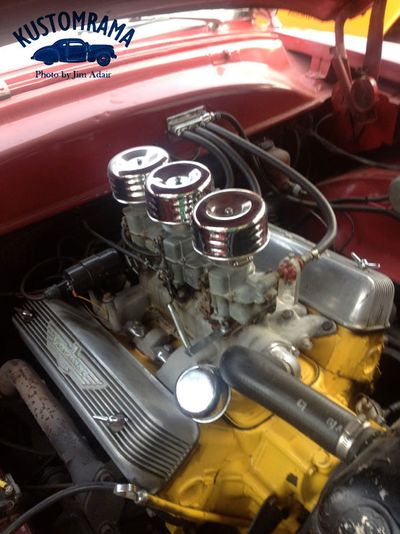 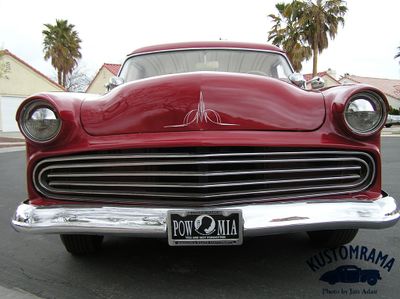 1954 Ford restyled by Crown Custom Shop for Bobby Rodriguez of San Antonio, Texas. Danny Cuellar was one of the craftsmen at Crown Custom Shop that restyled the car for Bobby.[1] Up front, Bobby's Ford had a floating-type grille installed. The grille was made from 1 1/4 inch steel strips. A Continental tire setup wan installed in the rear, and the rear fenders were extended 10 inches to match the setup. 1955 Lincoln taillights were inserted in the extended fenders. Trim from a 1955 Pontiac was grafted on to the body, and the license brackets were cut into the bumpers. The build was started in 1956 and completed in 1957. This version, known as "The San Antonio Rose", was featured in Trend Book 143 Restyle Your Car.[2]

In 1958 Bobby returned to Crown Custom Shop to have the top chopped 3 inches. The second version appeared in several magazines in the 1950s and 1960s.[1]

After some years the car dropped out of site. In 1973 it resurfaced. The car was then re-painted, and the old interior was left untouched. After the car had been repainted, it began a new life as the "Happy Day's Show" circuit car. In the early 1980s it dropped out of sight again, and it ended up in the massive Toby Halicki Collection. Mr Halicki was an accomplished movie producer of a number of automotive movies, including the original Gone in 60 Seconds. In the early 1990s the car was painted the same color as it had in the 1950s. [1]

After Toby Halicki died doing an automotive stunt that no one else would do, the car was sold, and it appeared at several car show. At one show in 2003, Danny Cuellar, one of the original Crown Custom Shop builders saw it, and he was amazed that it still exsisted. With Mr. Cuellar's help, and with careful measurements of a stock car, the current owner supposedly documented over 50 modifications. The most amazing modification being a pie shaped body sectioning. The body section on the car is 1" sloping to 2 1/2" at the rear. Measurements did also show that the car had been 12 inches, and not 10 that Trend Book 143 Restyle Your Car stated. The upper rear deck was lengthened 4" and the back bumper was made up of 5 inverted 1954 Ford front bumpers for proper curvature around the 1956 Ford Thunderbird tire carrier. It was lowered 3" in front, and 4" in the rear.[1]

Jim and Kathie Adair of West Richard, Washington bought the car from a good friend in Las Vegas, Nevada in August of 2012. At the time, the car still had the original interior from 1958. The car was in fact in such a good condition that it even had the original decal "Interior by Charlie's Trim Shop WA3-5300" in the rear window.[1]

Please get in touch with us at mail@kustomrama.com if you have additional information or photos to share about Bobby Rodriguez' 1954 Ford.