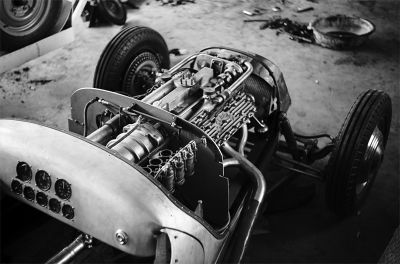 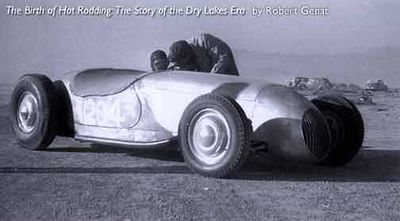 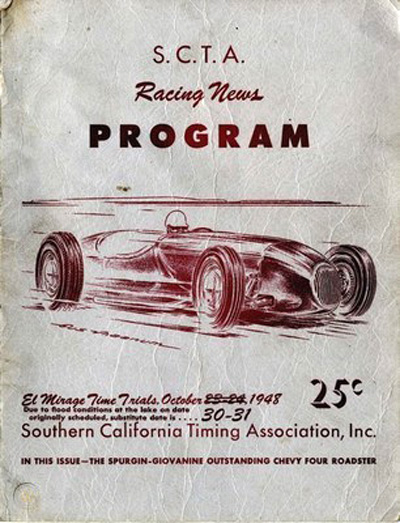 Gus Maanum's drawing of Bob's roadster was featured on the cover of the SCTA Racing Program October 1948.

The car as it looked in 1952 when it was featured in Best Hot Rods Number 1. 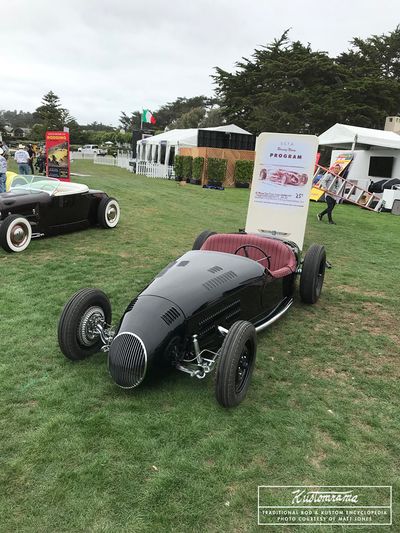 The newly restored Weinberg Roadster made its first public appearance at the Pebble Beach Concours d'Elegance. "There were a huge amount of helpers to thank as support came from all corners of the USA to guide us get the restoration finished at ReOriginals in Texas," Matt told Sondre Kvipt of Kustomrama in 2020. Photo courtesy of Matt Jones. 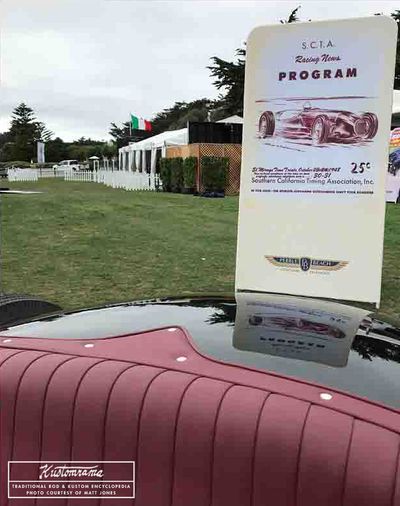 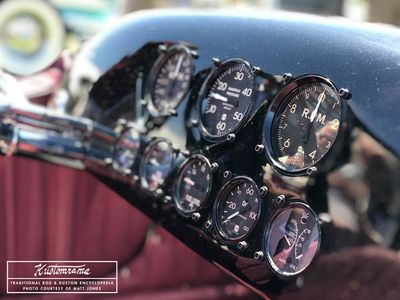 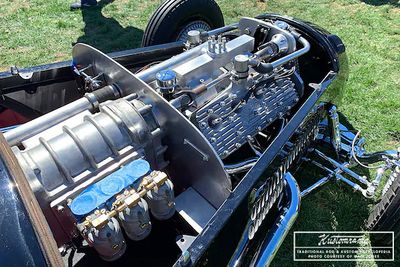 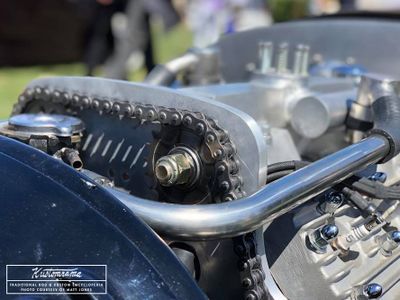 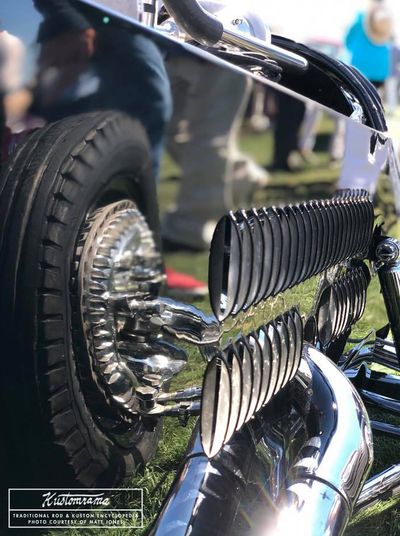 Handmade roadster owned by Gaters club member Bob Weinberg. Weinberg owned Coast Grain Company. The car was built in 1947-1948[2] and had a cost of roughly $20,000. Big Bill Edwards did most of the work on the car; chassis, body forms, grille, engine mounts, headers, blower drive, engine, steering, etc. The body was hand-formed from aluminum by Emil Deidt and Lujie Lesovsky at their shop at 53rd and Figueroa.

The radiator on the car has a nameplate that indicates it was built by Star Radiator Company of Los Angeles in June 1948.[2]

Bob showed up at the September 1948 meet at El Mirage with his roadster. The car was placed in the D Streamliner class because of its supercharged 1946 Mercury engine and custom body. Gus Maanum's drawing of Bob's car was featured on the cover of the SCTA Racing Program October 1948.[1]

The roadster remained in California until 1950 when it was purchased by an architect and his partner in Illinois. It remained with them until 1963 when it was sold to a man from Aurora, Illinois. In the early fifties, the car was taken to Watkins Glen, New York to be raced. After the time trials, the car was not allowed to race because of its superior horsepower and handling characteristics over the early MG's, etc.[2]

In 1965 the car was sold to Philip S. Uhrich of Beaver Dam, Wisconsin. Phil had been keeping track of the car since 1951 when he first saw it being trailered to a show in Chicago, Illinois. Phil was contacted by the previous owner, who wondered if he would be interested in buying the car. When Phil bought it, it was powered by a 276 cubic inch Mercury flathead engine with dual Stromberg 97's and Vertex magneto ignition. Phil thought that the engine was too hot for street use, so in 1975 he made an engine conversion to a Buick V6. When he made the engine conversion, he kept the stock engine mounts, making it easy to put a flathead in the car again. Phil drove the car in the summer of 1975 in order to get any bugs out of the new engine conversion. In the fall, the same year, the car was completely dismantled for a frame-up restoration. The restoration was completed in the Spring of 1979.[2]

Restored by Matt Jones and ReOriginal

In 2020 the car was still around, currently owned by Matt Jones of Cypress, Texas. Matt found the car in a pool hall in an Irish pub in Wisconsin, and he decided to restore it back to its 1947 version.[3]

In 2019 the Weinberg Roadster was invited to participate in the hot rod class at the 2019 Pebble Beach Concours d'Elegance. "There were a huge amount of helpers to thank as support came from all corners of the USA to guide us get the restoration finished at ReOriginals in Texas," Matt told Sondre Kvipt of Kustomrama in 2020.[4]

Please get in touch with us at mail@kustomrama.com if you have additional information or photos to share about The Bob Weinberg Roadster.