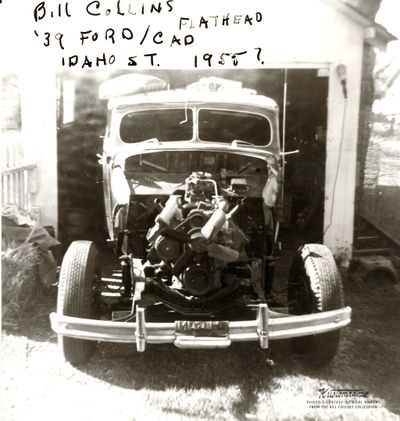 A photo of the Ford being worked on in Bill's garage at Idaho Street in Oak Cliff. According to his good friend Karl Knecht, Bill took this photo when he was a kid, and it shows that a more powerful Cadillac engine had been installed in the car by 1955. Photo by Bill Collins, courtesy of Karl Knecht. 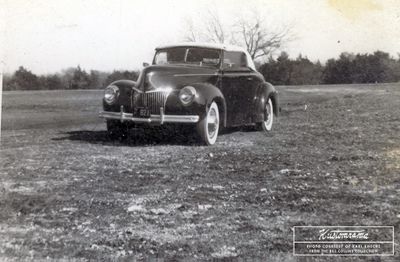 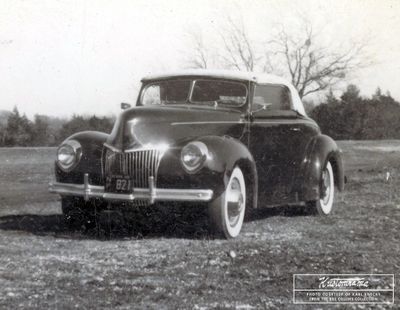 1939 Ford Convertible owned by Bill Collins of Dallas, Texas. According to his good friend Karl Knecht, Bill lived in the Oak Cliff part of Dallas, and he was one of the early hot rodders there in the 1950s. The Ford was Bill's first car, and photos taken in the mid 1950s shows it featuring a chopped and padded Carson style top. The same photos show that the running boards have been removed, the hood has been nosed, and he sidetrim shortened. Running without fenderskirts, it was dressed up with Cadillac Sombrero hubcaps and a 1941 Ford front bumper.

Please get in touch with us at mail@kustomrama.com if you have additional information or photos to share about Bill Collins' 1939 Ford.