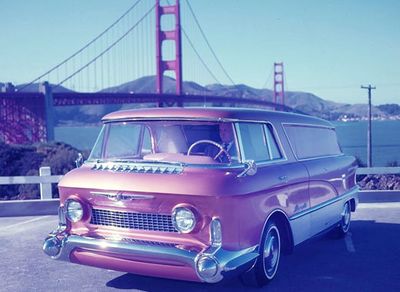 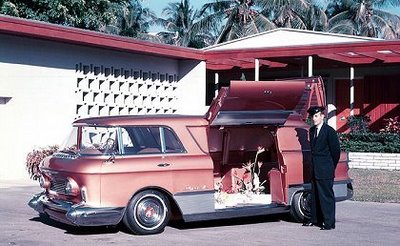 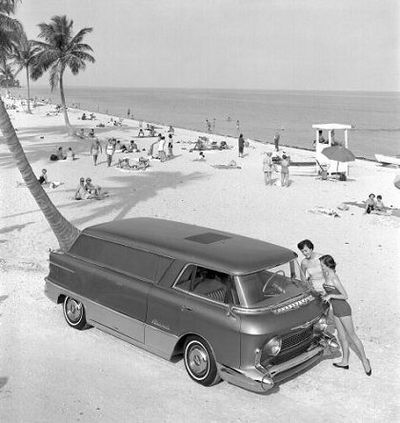 1955 GMC Concept Car. Though Chrysler executive Lee Iacocca and his designers generally are credited with inventing the minivan in the early 1980s, Harley Earl came up with a remarkably similar concept a quarter-century before them. The L’Universelle, a front-wheel-drive car/truck hybrid with the driver’s compartment in front of the engine, was nearly a foot lower than conventional panel trucks, yet had as much space inside as much larger vehicles.

Please get in touch with us at mail@kustomrama.com if you have additional information or photos to share about 1955 GMC L'Universelle.