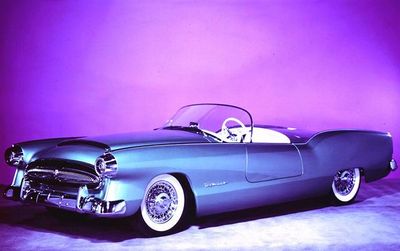 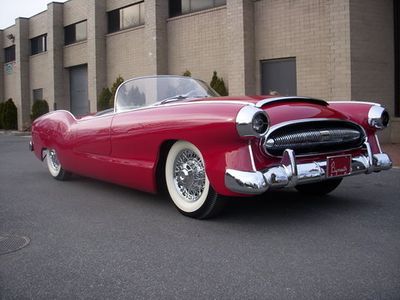 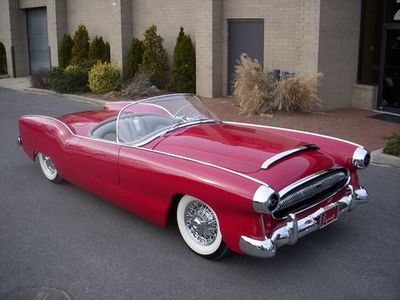 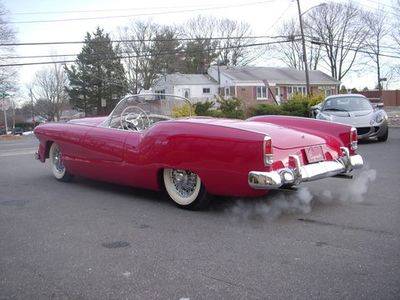 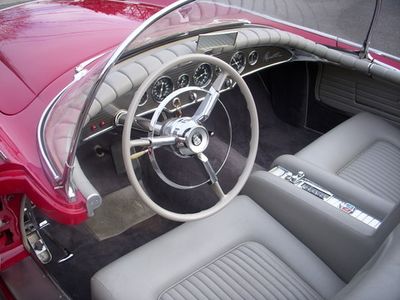 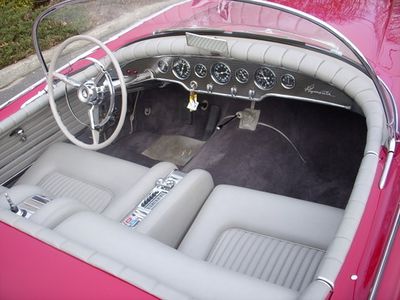 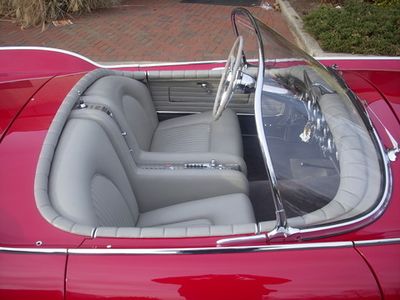 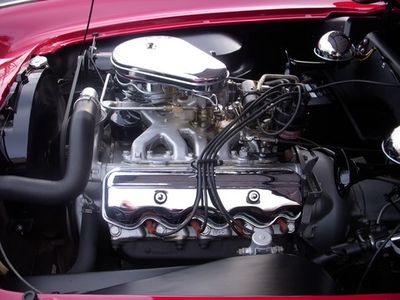 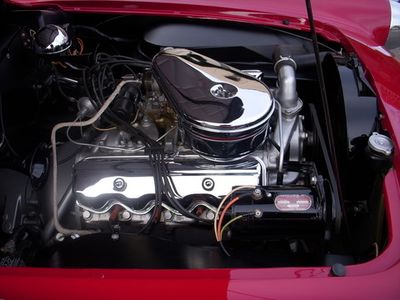 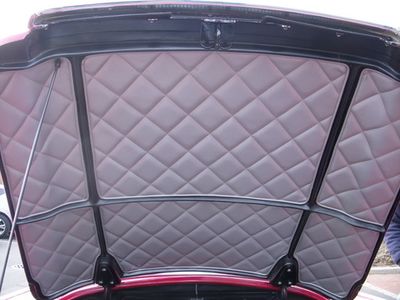 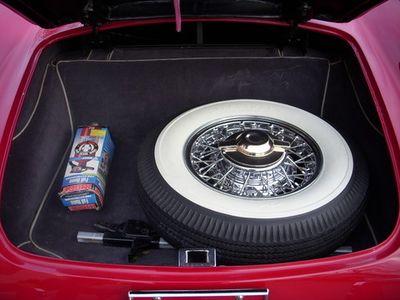 The Belmont was a Concept Car created and designed by the Virgil Exner of Chrysler and Studebaker notoriety. The body was built to special order for Chrysler Corporation by Briggs Manufacturing. This exercise incorporated many features unique to Plymouth at the time. The sleek Belmont Concept Car rode on a Dodge Chassis and was powered by a 241 cubic inch motor delivering 150 Horse Power. The Belmont was the first Plymouth ever built with a V8 engine. Further, this experimental car was the first ever built with a lightweight fiberglass body. It has an overall length of 192 inches and a height of just 32 inches at the door top. The motor was mated to a Plymouth Hy-Drive three speed semi-automatic transmission. Other unique design features include as a full set of racing instruments as well as radio controls built into the center armrest. The car was shown at the New York Auto Show in 1954 as well as other significant shows and events around the world in the period. It was also the co-star of a couple of feature films including Bundle of Joy with Eddie Fischer and Mister Cory with Tony Curtis. After completing the show circuit it was owned for many years by Virgil Exner himself, this itself this is quite unusual since most Concept Cars were destroyed by their respective factory. There are few cars offered in the market today that represent an opportunity to own a piece of Automotive History such as this. Concept and Motorama Automobiles from the mid fifties are based on factory presentations of what the future held for motoring. These ideas were the penultimate when the “Dream Car” became a functioning, driving and well toured vehicle. Exceptionally restored, The Belmont has been shown at some of the finest and most prestigious concours in the United States and has won many, many trophies over the years.

February 2010 the Belmont was advertised for sale on Hemmings by Autosport Designs Inc in Huntington Station, New York.[1]

Please get in touch with us at mail@kustomrama.com if you have additional information or photos to share about 1954 Plymouth Belmont.