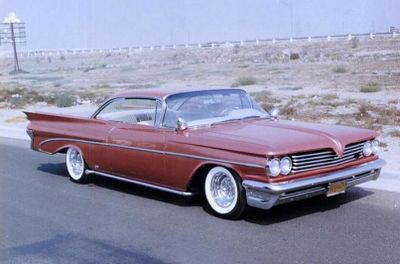 Yonny's Pontiac as it looked when it was featured in Argus Book 207 1001 Custom Car Ideas. Photo by George Barris. 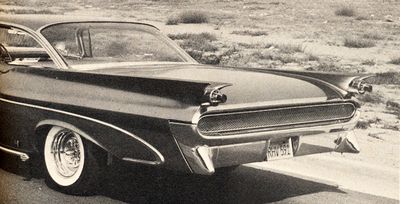 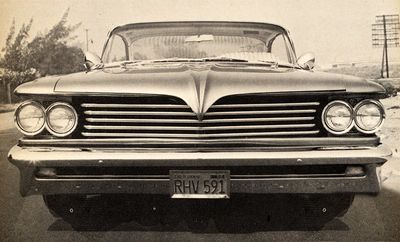 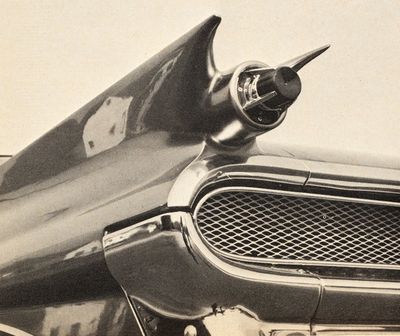 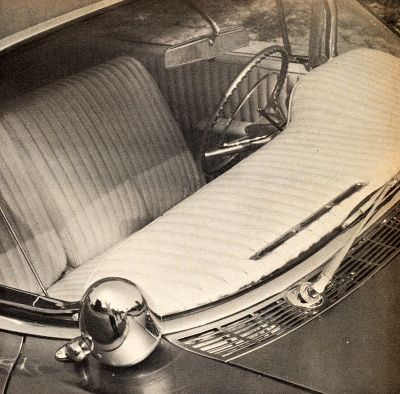 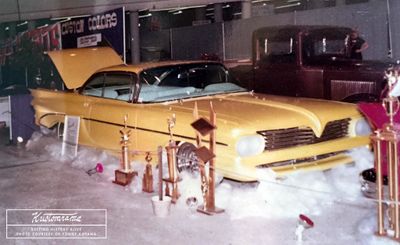 A photo of the Pontiac taken after its last makeover. Taken circa 1963, the photo comes from Yonny's own collection. Photo courtesy of Yonny Koyama, provided by Brian Omatsu.

1959 Pontiac Bonneville restyled by Barris Kustoms and Ortega's Custom Shop for Yonny Koyama. Yonny felt that by using two shops to restyle his car, each shop would try to do better quality work than its competitor. Despite the extensive work on the car, Yonny's Pontiac retained its original lines with the exception of the extended fender fins that were fit with 1961 Mercury taillights. Expanded metal insert was used to fill the rear grill cavity. The car was nosed, decked and shaved; doors and deck were opened electrically. The front end was reworked and a custom tubular grille installed. When the bodywork was done Barris Kustoms painted the Pontiac with 30 coats of Champagne Pearl lacquer. The car rolled on chromed and reversed wheels and featured chromed lake pipes and dual spotlights. Inside the car was upholstered in white rolled and pleated Naugahyde.[1]

Later on, the car was repainted yellow.[2]

Please get in touch with us at mail@kustomrama.com if you have additional information or photos to share about Yonny Koyama's 1959 Pontiac.