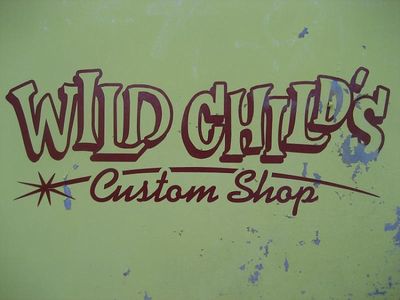 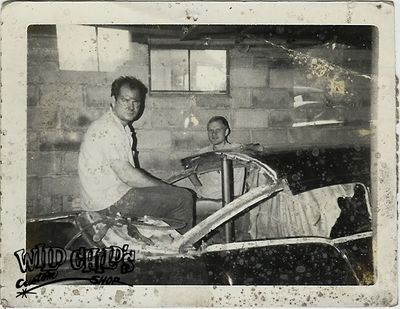 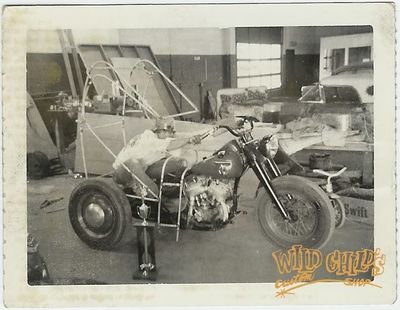 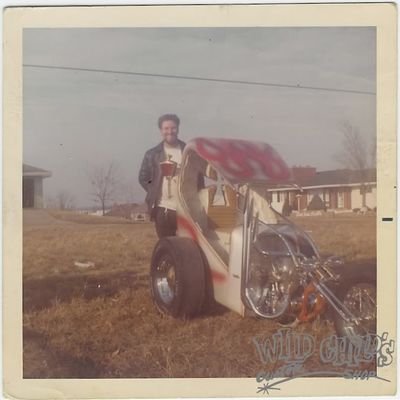 Ed Roth with the Wild Child in primer. Roth drove all the ay from California to check out James trike. Photo courtesy of Justin Greene - Wild Child's Custom Shop. 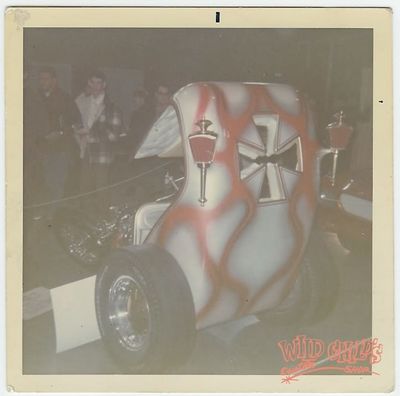 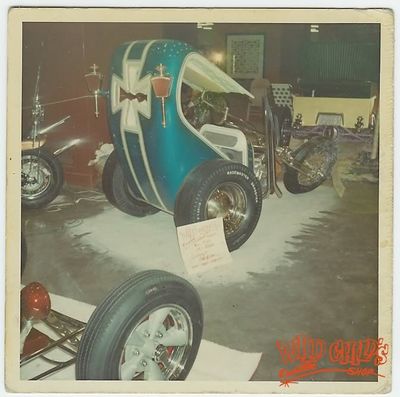 The Wild Child as it appeared after it had received aquick re-paint years later. Photo courtesy of Justin Greene - Wild Child's Custom Shop. 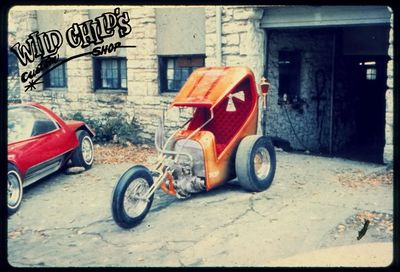 The Silhouette next to the Wild Child outside the 7 E. 37th Street shop. Photo courtesy of Justin Greene - Wild Child's Custom Shop. 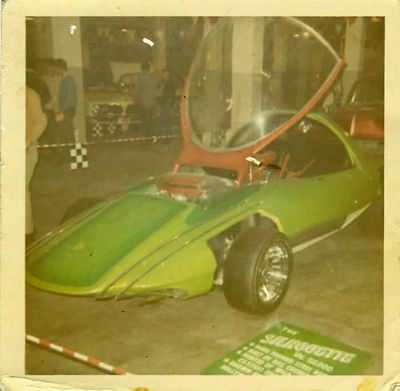 The Silhouette as it looked after James had repainted it. 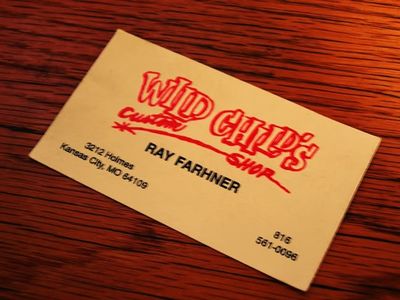 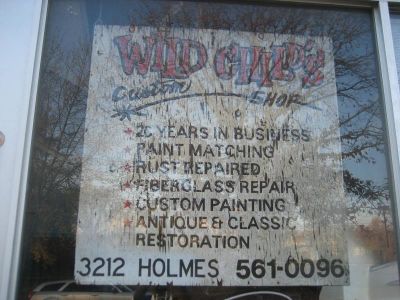 Wild Child's as it appeared in 2009, when Justin Greene bought the shop from his dad. 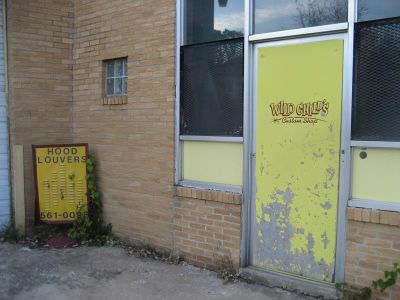 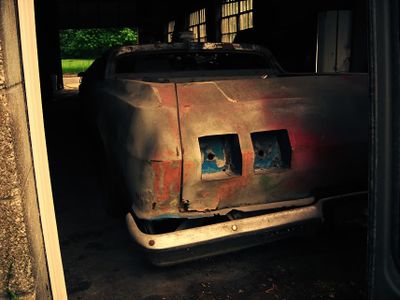 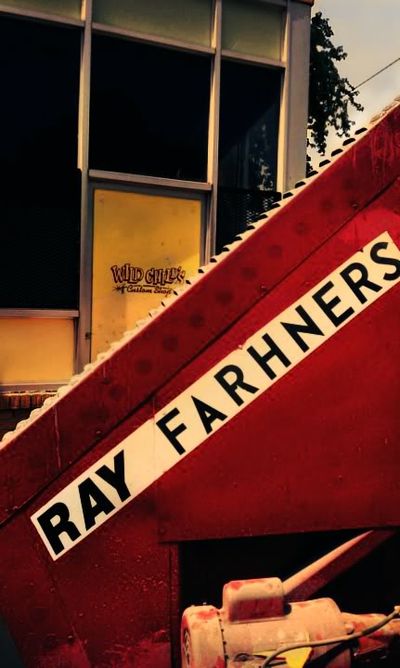 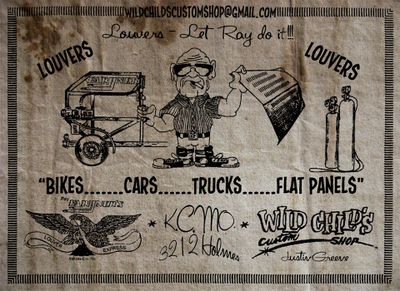 An ad for louvers made by Wild Child's at Ray Farhner's old press.

Wild Child's Custom Shop was a custom shop in Kansas City, Missouri owned and operated by artist James Greene. Along with a career as a custom designer, Greene held a professorship at Kansas City's Art Institute. It was there with the help of Playboy Magazine that Greene started the automotive furniture in the 1980s.[1]

Between 1962 and 1964 James was drafted into the military, for the Cuban Missile Crisis. The only thing that was worked on during that time was when he was on home-leave from the service for quick money. After the service, in 1965, James moved into a new shop at 7 E. 37th Street. He would later move into a bigger shop, about a mile away, at 3212 Holmes Street.

One of James' sons had a tricycle growing up. One of those cool metal ones in red; the kind that have a tall backbone and neck with a little step on the back. At one point, when the kid started to get too big to pedal the bike, James started eyeballing the thing. The pedals were just too close to the handle bars for a big kid. You'd bust your knees just about the time you got old enough to really enjoy it. James cut the bike in half - right in the middle by the seat. Half of the bike was then turned over, 180 degrees, and welded back together. The front end parts were just unbolted and flip-flopped upside down. With the seat tilted down, it took on a whole new look. After James had welded the bike back together, he hit the door, and hopped in the car to head toward the shop. On his way over he passed by an old police trike, a 45 flathead Harley Davidson, that was advertised for sale by the road. He bought it an began restyling it shortly thereafter. Word got out fast that he was chopping up a bike, and it didn't take long before someone walked into Ed Roth's place and slapped down a photo of it under construction. Roth got excited about the T-bucket styled "Wild Child", and tried to get a hold of James. Not able to reach him, Roth hops in the car to head out to Kansas City. Someone leaves Roth's place with the story, and walks into the local Hell's Angels charter. Hearing the story, an Angel named Grizzly took out after Roth to catch him on his way to Kansas City. Roth and Grizzly showed up at the front door in Kansas City together. The bike was still in primer at this point, but they rolled it out and took some photos they could bring back to California. A long discussion about the potential of bikes followed the rest of the evening. Roth headed back to California, while Grizzly stayed in Kansas City. It didn't take long before the bikes started to pour in. Other Hell's Angels at first. The several other bikers. Before the Wild Child trike Roth came out to see was done, James, Grizzly and the other guys at the shop were turning out choppers like they were going out of style. When the word about James' trike hit the East Coast, the Road Vultures MC decided to hit the road for Kansas City as well. As with Grizzly, a Vulture named Cuckoo stayed behind. After that even more bikes came in, more bikes were built, and more parts were designed. Ed Roth went on to start Chopper Magazine, and sold many of the parts designed and built by Wild Child's Custom Shop. Wild Child's has been credited as the originator of what is known as the modern chopper motorcycle design. James Greene invented what became known as the narrowed springer front end, that was later produced and sold by his friend Ed Roth, and heavy rake, along with many other features.[1]

James became a college professor at the Art Institute, and Wild Child's began transforming into a design house. Soon furniture, fine art, clothing, architectural work and more projects like that were added to the palette.

James eventually closed the doors of his 3212 Holmes Street shop. He had duties. His mother was dying and needed 24 hours care. The shop went up for sale. Not being able to sell it, James' son Justin Greene eventually had saved up enough funds to buy the old shop from his dad. Justin rented another building to store everything from the shop while they were fixing the shop up.

James' son Justin Greene runs Wild Child today. In his shop, he has Ray Farhner's famous louver press. He charges $2 per louver, with a $50 setup fee.[2]

Please get in touch with us at mail@kustomrama.com if you have additional information or photos to share about Wild Child's Custom Shop.