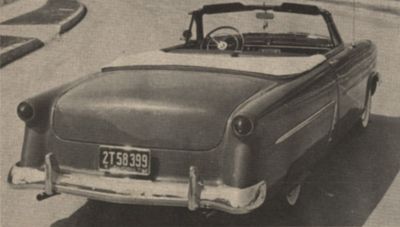 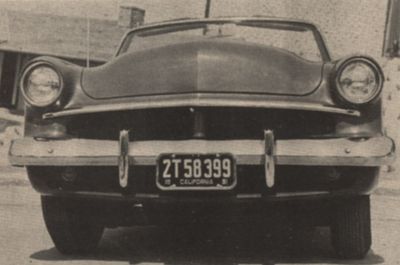 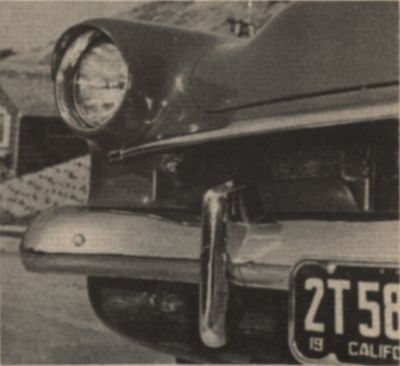 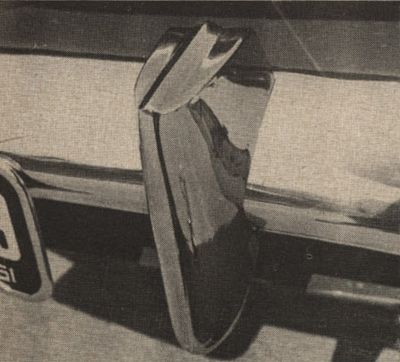 1952 Ford Sunliner restyled by Valley Custom for Wayne Rogers of Glendale, California. Wayne bought the Sunliner in 1952. His plan was to drive it for two years, then trade it in for a 1954 Ford. When 1954 rolled around, Wayne tried to swap the car for a new one. A local car dealer was willing to give him a brand new Ford in trade for his old ford and $1,500 in cash. Wayne thought he could do better elsewhere, and took the car to another dealer. Everywhere he took the car he heard the same story; $1500 plus his car. By then the car had 20.000 miles on the odometer, and he figured instead of losing $1500, why not put the money in to the car, customize it and get it exactly as he wanted. Wayne liked the 1952 Ford body which was almost the same as the 1954 Ford. So he drove his car to Valley Custom. Neil and Clayton began by nosing and decking the car and doing some minor chrome changes. The hood and deck lid corners were rounded and the taillights were modernized by using Oldsmobile 98 lenses. The grille was removed and the front bumper was raised 4 inches to work as both bumper and grille. The lower ends of the front bumper guards were extended and the tops were ground and peaked. A Studebaker scoop fitted with two parking lights was mounted below the bumper. The car was lowered by using Valley Kits. The headlights were frenched and shaded, giving it a "look into the future". Everything that was done was newer than the stock 1954 Ford he did not buy. After the customizing, a local car dealer offered Wayne $100 more for the car than he originally paid for it.[1]

Please get in touch with us at mail@kustomrama.com if you have additional information or photos to share about Wayne Rogers' 1952 Ford.