From Kustomrama
(Redirected from Voodoo Priest)
Jump to: navigation, search 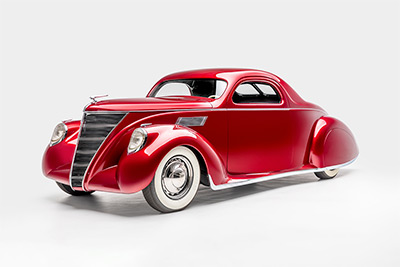 1937 Lincoln Zephyr restyled by Rick Dore and his crew at RD Kustoms, for Metallica frontman and Beatniks member James Hetfield of Downey, California. The car is also known as the "VooDoo Priest." Photo courtesy of the Petersen Automotive Museum. 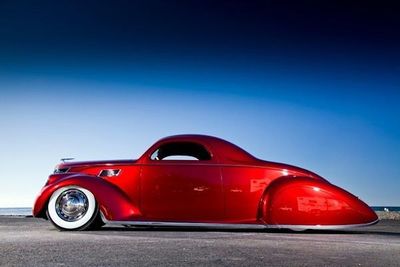 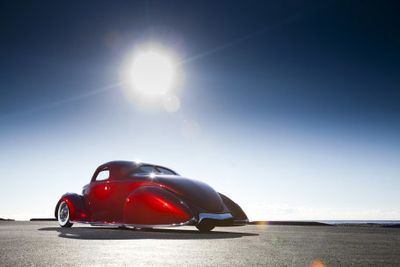 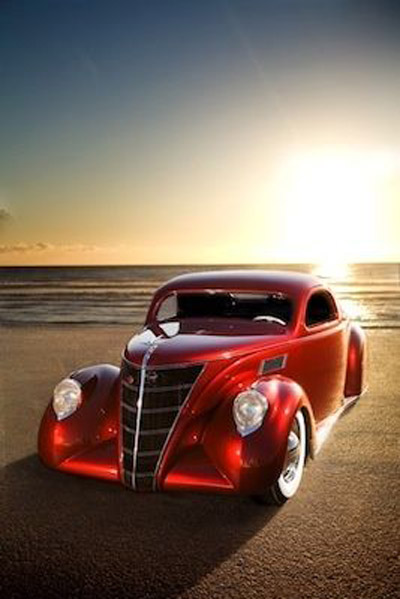 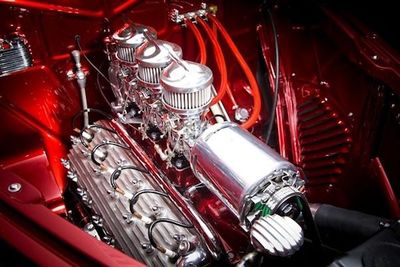 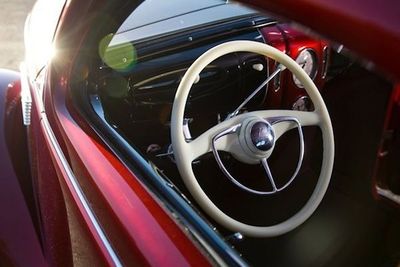 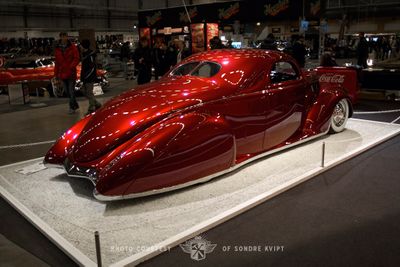 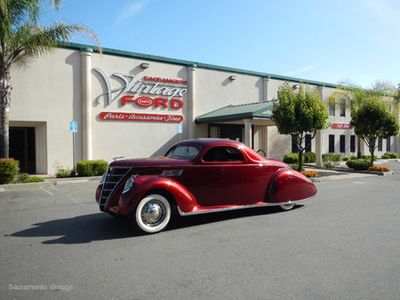 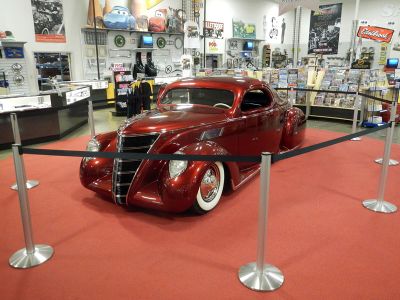 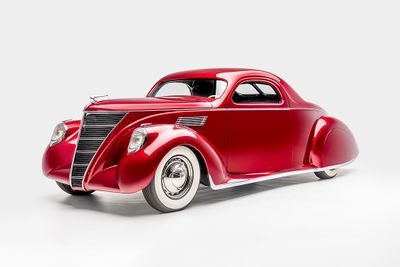 1937 Lincoln Zephyr restyled by Rick Dore and his crew at RD Kustoms, for Metallica frontman and Beatniks member James Hetfield of Downey, California. To get hold of a 1937 Lincoln Zephyr is not a easy task. The car once belonged to a fellow in Sacramento which was serving as a soldier in Vietnam. When he returned home in 1972, he literally hopped a train, and was never seen or heard from again. The car rested in his mother's driveway for the next several decades, where it has sat since the late 1960's, until James bought it.

Antioch Muffler was responsible for the chassis work and exhaust. A Mustang II independent front suspension and a Ford 9" rear end was installed along with a RideTech airbag setups and dual exhaust.[1]

Keith Dean, Dick Dean's son lowered the deck lid, reworked the rockers, molded in rear quarter panels from a 1938 Lincoln, leaned the rear edge of the doors forward, added the custom-made taillights, leaned the headlights back, and integrated a canted 1953 Kaiser overrider to the rear. The stock lower body trim was discarded, and a new set trim was handmade from brass stock. Final preparations on the bodywork and paint was done by Darryl Hollenbeck up at his studio in Concord, California. The Candy Apple was laid over raspberry to achieve that nice deep red. The chrome was done by Sherm's Plating. [1]

The V-12 was rebuilt and revitalized by H&H Flatheads in La Crescenta, California. It was equipped by three Stromberg 97 carburetors and a polished PowerGen from Powermaster. A C-4 automatic transmission was installed for better riding comfort. The stock radiator was modernized by Don Armstrong at U.S. Radiator.[1]

The interior was done by Craig Hopkins in black mohair. The upholstery was Art Deco-inspired and contrasted great to the vanilla white and Candy Red interior. The steering wheel was a 1941 Lincoln unit, while the column was from a 1940 Ford. Tony Gomes at Tri-Valley Auto Glass handled all the flat glass installation. Timo Tanskaanen of Finland made the convex windshield for the car.[1]

The 16 inch rims were custom-made by Wheel Vintiques, fit with Firestone 6.00-16 and re-chromed Zephyr hubcaps.[1]

In April, 2013, the Zephyr was shipped to Sweden to attend the Elmia Custom Motor Show in Jönköping.

By the end of May 2013 the car was put on display in the showroom of Sacramento Vintage Ford.[2]

Donated to the Petersen Automotive Museum

In 2019 Hetfield donated the VooDoo Priest and 9 other cars to the Petersen Automotive Museum where it will be displayed among other Metallica memorabilia. The Hetfield collection will go on display starting in February 2020.[3]

Please get in touch with us at mail@kustomrama.com if you have additional information or photos to share about James Hetfield's 1937 Lincoln.