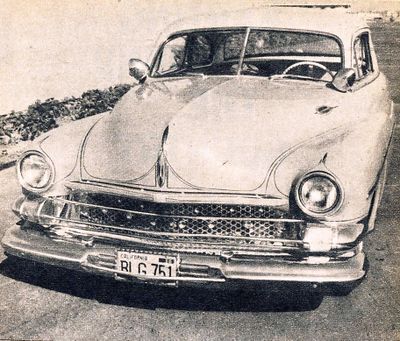 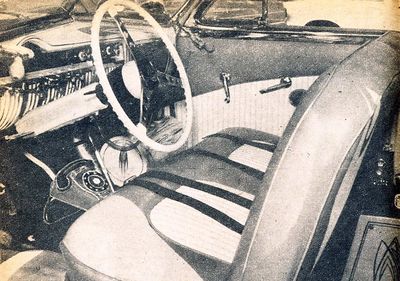 Safety first! Notice the fire extinguisher and safety belts. The pin-striper is unknown, however he did a nice job striping Vic's Merc. 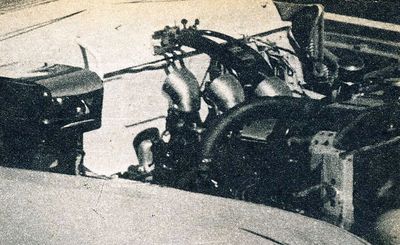 Vic still kept the Flathead, but stroked it 4" and installed a three-deuce setup.

1951 Mercury owned by Vic Sorina of the Bay Area California. Vic's Merc was nosed, decked and shaved for door handles. The headlights were frenched using 1953 Ford rims, and the grille was replaced by a custom grille made from 1958 Ford mesh plus tubes and drawer pulls. The rear wheel wells were rounded for a more sporty look. The upholstery was done in tuck & roll trimmed with a Corvette steering wheel, floor shift, telephone, drag tank, beverage container, fire extinguisher and safety belts. The engine featured a 4" stroke along with a three-carb setup. Vic installed portholes on the hood, Appleton S-552 spotlights and lake pipes.[1]

Please get in touch with us at mail@kustomrama.com if you have additional information or photos to share about Vic Sorina's 1951 Mercury.