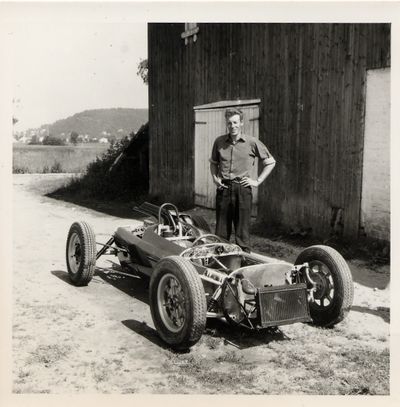 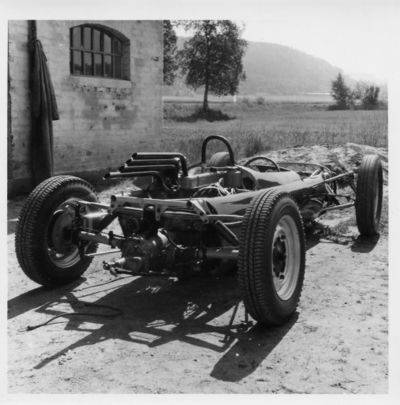 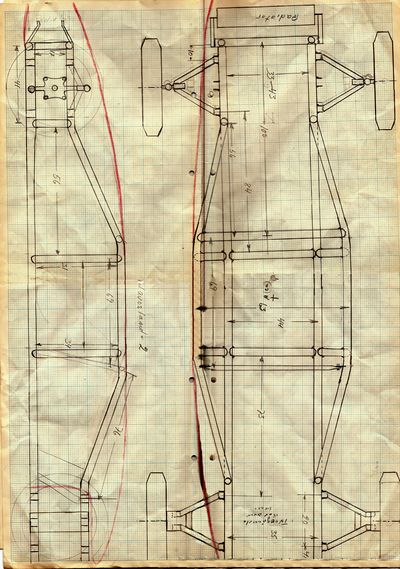 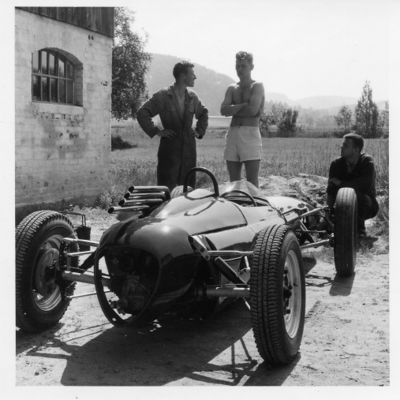 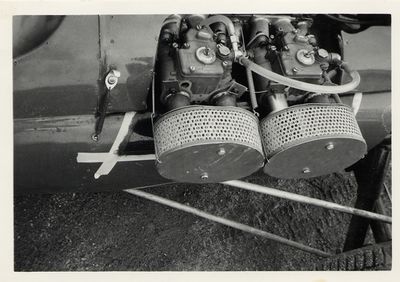 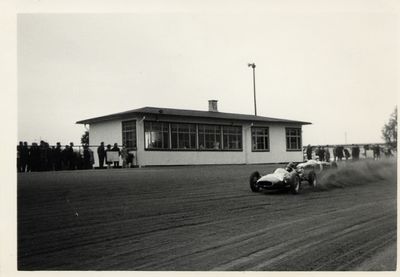 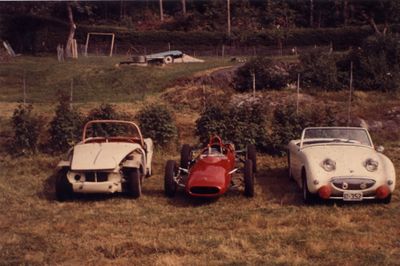 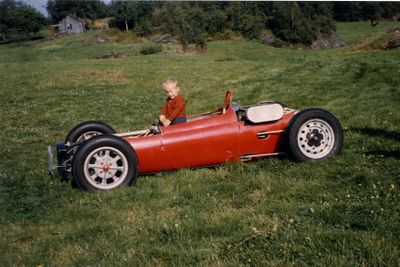 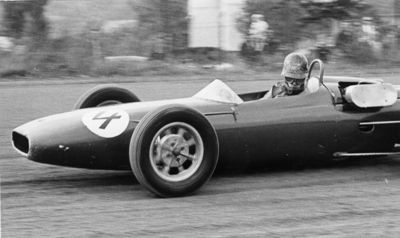 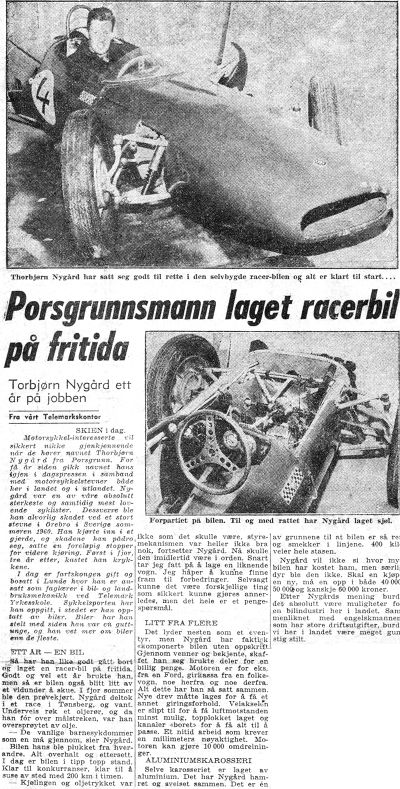 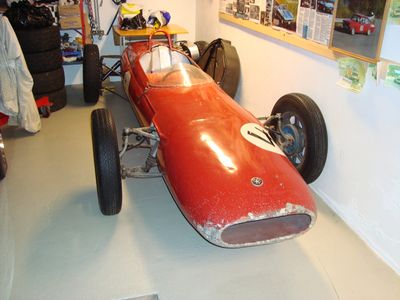 The car as it sits today. Photo by Olav Kvipt. 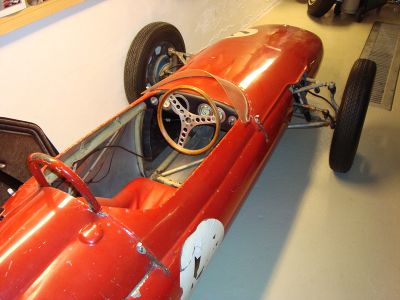 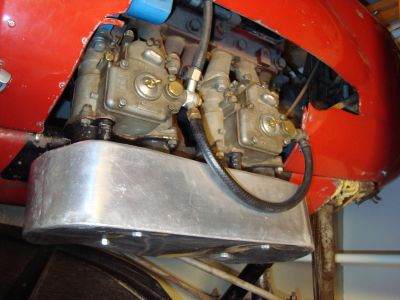 Homebuilt race car built by Torbjørn Nygård of Lunde, Telemark, Norway over a span of one year. Torbjørn was heavily fascinated by cars and bikes ever since he was a little kid. He was a well known Speedway racer in both Norway and rest of the Scandinavia. One time in 1960 Torbjørn was competing in Örebro, Sweden, he lost control of his bike and crashed through a fence. He was hurt quite bad, and was not able to race speedway anymore. But his urge for racing was big, and he decided to build his own race car. The build began in 1963[1], after browsing through a lot of Hot Rod Magazines and race mags to gain inspiration, he had finally put his mind up to how his own race car would look like.[2]

Torbjørn made comprehensive chassis drawing which led them to come true. He handmade the frame by cutting and welding together steel plates.[1] Torbjørn handmade an aluminum streamlind body by forming it on sand bags and welding them together again.[3] The car had a 100 inch wheelbase, was 25 inch wide and weighted 881 pounds.[4] A Ford Anglia engine was ordered and bored up to 1100 cm3. It was located behind the drivers' seat. The engine was hopped with a pair of Weber 40mmm carburetors connected to a custom made four barrel manifold.[3] The camshaft was grinded to make as little air resistance as possible and the top was milled to increase the compression.[1] Bigger valves and a custom made headers were installed as well.[5] The bored up Anglia engine was hooked to a Three speed Volkswagen transmission featuring custom gears, producing 120 horsepowers making a top speed of 190 kmh.[3]

The steering was made by Torbjørn in his own garage as well. He even made the steering wheel on his own.[1] Drum brakes were fit all around, the front wheels were casted in lightweight magnesium with the brake drums in-casted. This was kind of rare since it was only dirt-tracks in Norway when the car was built.[3] Once the bodywork was complete, he painted it bright red and installed a custom made plexiglass windshield.[5] The car was ready to be test driven in the summer of 1963, he decided to call it Tony, after the first two letters in his first and surname.

While entering a race in Tønsberg an oilpipe went out, but he managed to cross the finish line completing first anyway. After experienced a lot of bugs, such as low cooling and oilpressure. The steering was not quite good either, Torbjørn decided to tear the whole car to bits and pieces. He built it together again, with better luck than the first time.[1]

Torbjørn raced the car until 1968, when it was put into storage. Here it remained until his son, Stig Nygård pulled it out in 1986. Stig looked over the car, securing everything was in its order, after all it had not been started in eighteen years. The car is still in possession of the Nygård family, owned by Torbjørn's son Stig. It is still in very good condition. Stig is not quite sure of whether he is going to restore it to pristine condition or just have it as it sits.[5]

Please get in touch with us at mail@kustomrama.com if you have additional information or photos to share about Torbjørn Nygård's Tony Race Car.