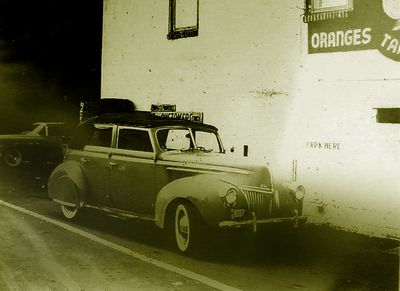 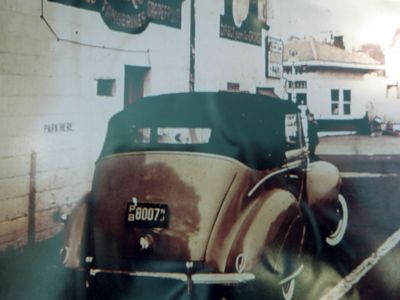 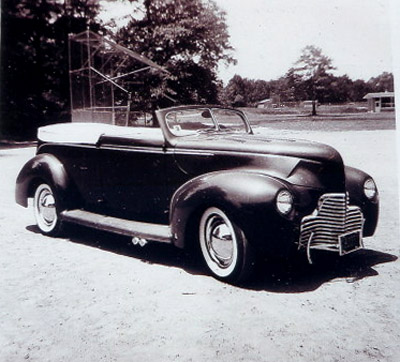 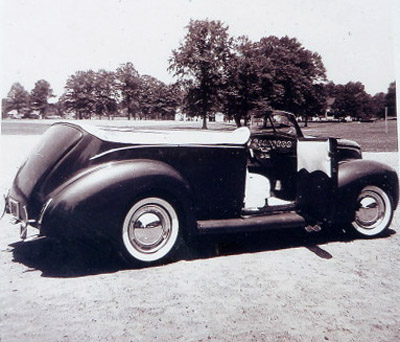 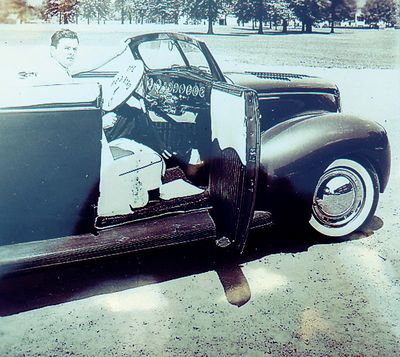 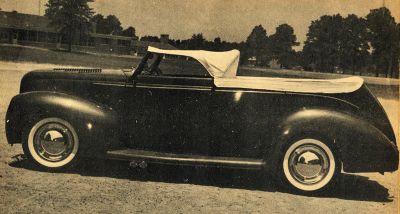 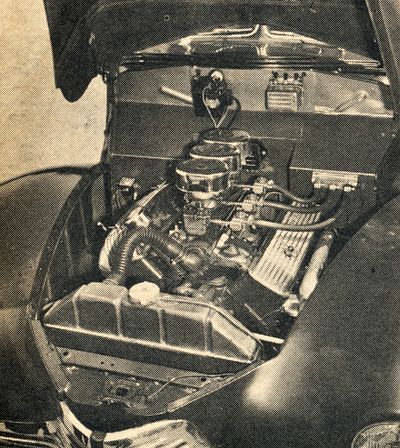 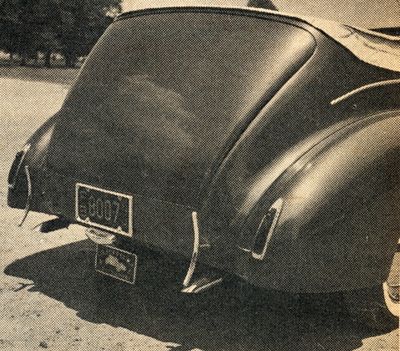 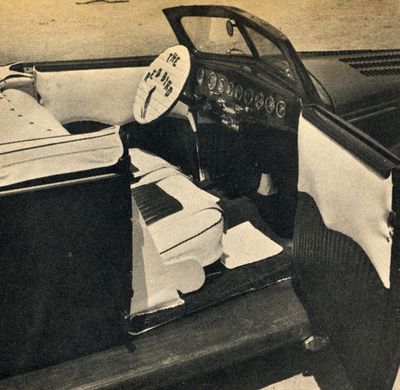 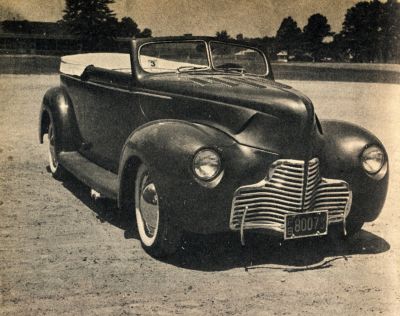 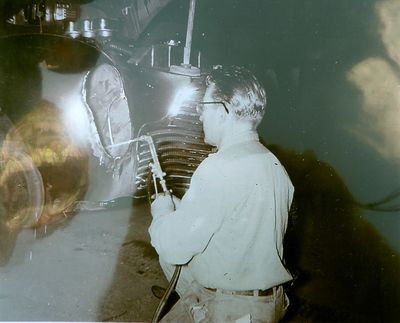 Around 1961 tom reworked the car, and fit it with quad headlights. 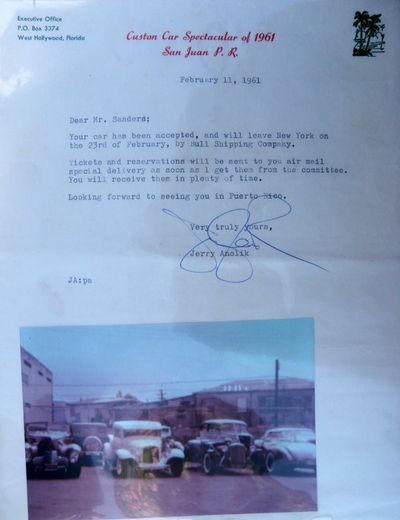 In 1961 The Red Bird was invited to attend the 1961 Custom Car Spectacular in San Juan, Puerto Rico. 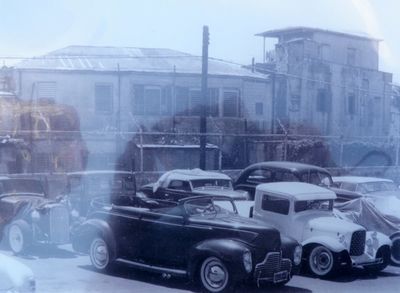 The Red Bird in Puerto Rico. 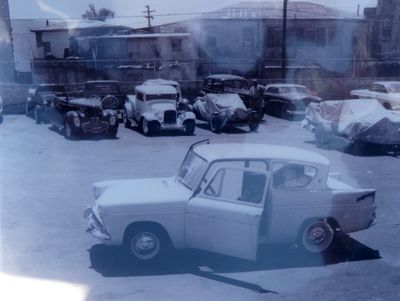 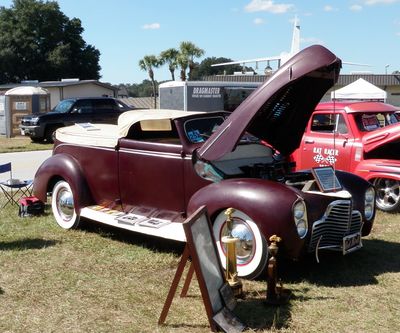 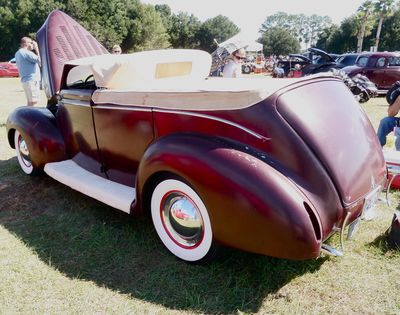 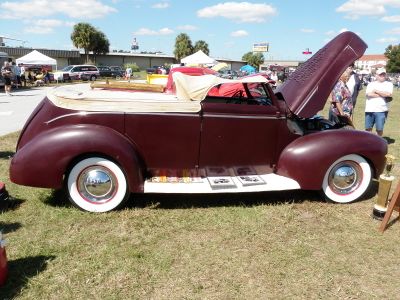 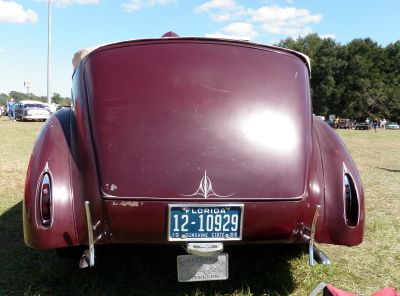 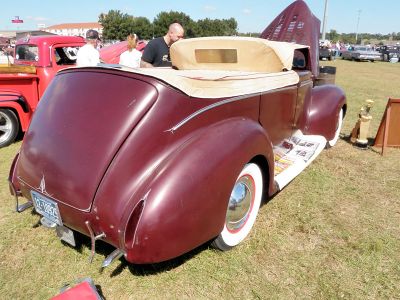 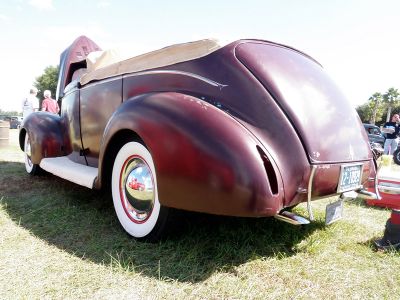 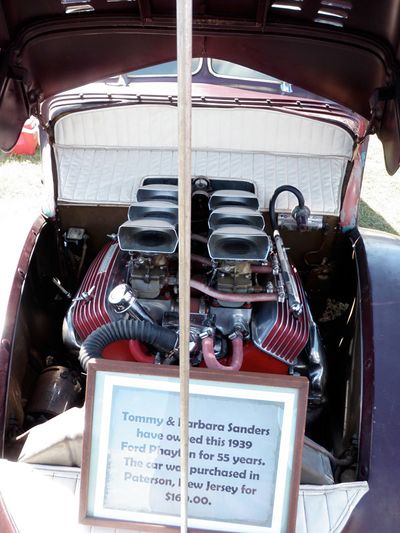 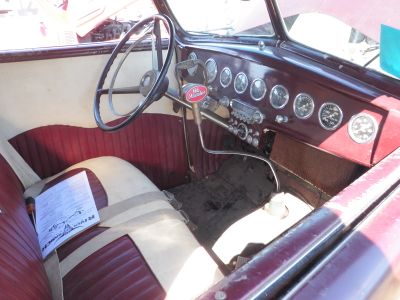 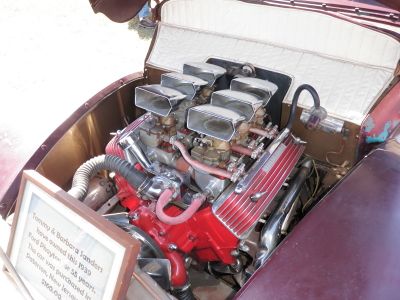 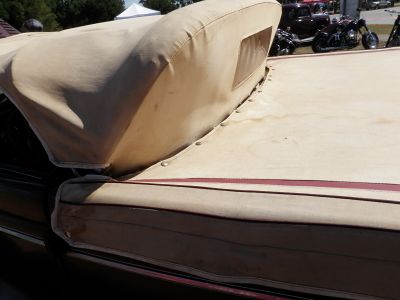 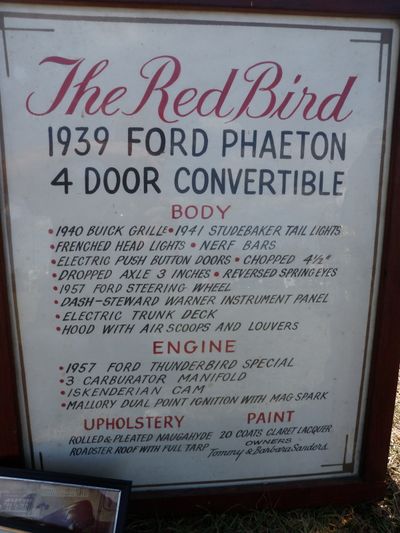 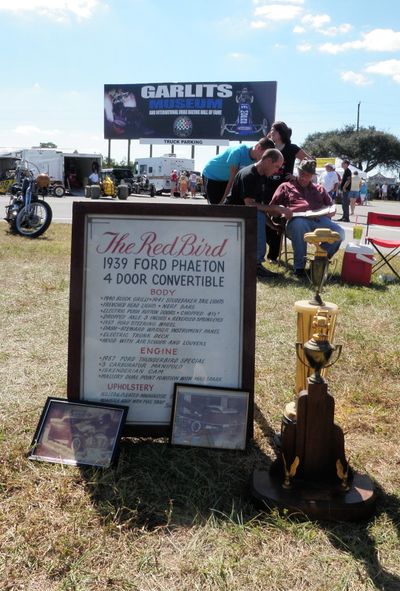 1939 Ford Phaeton 4 door convertible owned and restyled by Paterson Chauffers member Tommy Sanders of Paterson, New Jersey. The car is known as "The Red Bird". Tom bought the car as a stocker for $160 in 1955. Tommy quickly began to customize the car. The doors were shaved and converted to push buttons, as was the deck lid. The hood was shaved and fitted with louvers and scoops on each sides. The side trim pieces were shortened as well. The headlights were frenched and a 1940 Buick grille was installed, giving the car a completely new appearance. The bumpers were discarded and a set of nerf bars installed. The stock taillights were replaced by a set of 1941 Studebaker taillights. The windshield was chopped 4 1/2 inches and the car was fit with a roadster roof with full tonneau covering the rear seats. A 3 inch dropped axle was installed and the spring eyes were reversed. The interior was fully reupholstered in red and white pleated Naugahyde. A 1957 Ford steering wheel was installed and the dashboard was fit with ten Stewart-Warner gauges. The car was powered by a warmed over 1957 Ford Thunderbird engine featuring a hot Iskendrian camshaft, Offenhauser valve covers, a three carburetor manifold and a Mallory dual point ignition with Mag Spark. Lakes pipes were added, which were routed behind the front wheels. When the bodywork was completed, it was painted in 20 coats of Hawaiian orchid. By February 1961, Tommy had restyled the Red Bird further by installing quad headlights. At the same time, the taillights were frenched and deeply recessed, and white tuck and roll was installed on the running boards.[1]

Tommy's car appeared in multiple magazines, and It was even invited by Jerry Anolik to attend the 1961 Custom Car Spectacular in San Juan, Puerto Rico. Tom parked the car in 1966 and it never left the garage until the Rats N Rods show in Tampa, Florida in 2010. Tommy couldn't understand why so many people were interested in his old heap. Tommy is considering freshening it up with new paint.[1]

Please get in touch with us at mail@kustomrama.com if you have additional information or photos to share about Tommy Sanders' 1939 Ford.