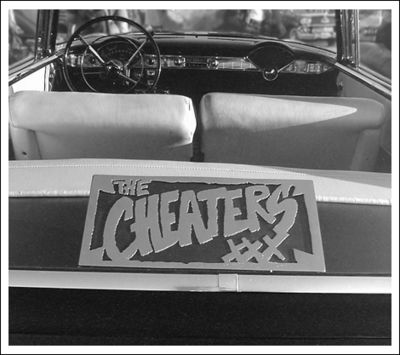 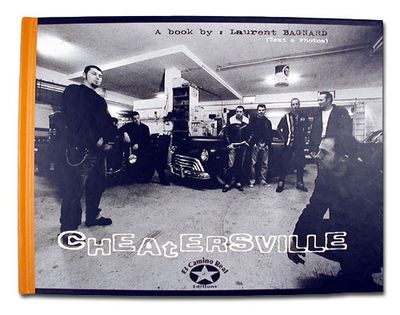 The book Cheatersville, about the Cheaters car club, by Laurent Bagnard from 2004. 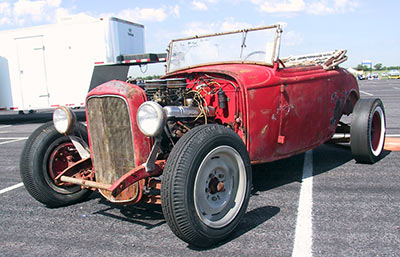 The Cheaters is a car club from Geneva, Switzerland. The idea of forming the club came up on the way back from the Rockabilly festival in Camber, UK in 1998. Together the members involved shared a passion for early hot rodding as well as 1940s and 1950s customs. According to Peter, one of the founding members, they tries, in spite of their limited earnings to keep their passion alive and live it. That's why they wanted to combine their talents and stick together. The Cheaters gang consists of passionate members, each one having his own speciality: bodywork, pinstriping, engine hop-ups, electricity, etc. They don't want to appear as a "club" with a heavy organisation. Membership fees and presidents is not an issue in this gang. They wants to maintain their independence.

Each and every car in the club, is a result of each members speciality. All of the modifications are done by the members, from primer-paint jobs and pinstriping to top chops and channeling. They are allways lurking for cars that they can save various parts from, or try new tricks on. Once hauled into the Cheaters garage, it wouldn't take long before the project is chopped, lowered, channeled and louvered. Based on this, they can later carry the mods out for real on 1940s and 1950s cars. They love changes, and their cars are never finished; who doesn't progress regresses. There are different types of clubs in the Geneva area: Crazy Cruisers (customs), Funny Car Club (drag racing) and American Car Racing Team (road racing) , but none of these corresponds to the wild and free style of the Cheaters gang. The Cheaters doesn't care about air pollution, speed limits, traffic laws and technical inspections. They just wants to have fun with their rides. Live life like they did in the late 1930s.

The Cheaters are greatly attracted by happenings like the Hemsby and Camber rockabilly festivals in the UK, or the A-Bombers Old Style Weekend in Uddevalla, Sweden. In Switzerland, the Geneva area is the only area where so many kustoms and hot rods are on the road or in construction. They knows everybody, and organize regularly small but wild meetings, where they can talk about their latest modifications and decide what is cool and what can be improved.

Please get in touch with us at mail@kustomrama.com if you have additional information or photos to share about The Cheaters.