From Kustomrama
(Redirected from The Adonis Tribute)
Jump to: navigation, search 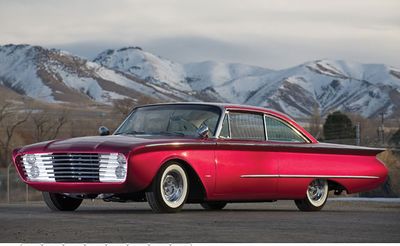 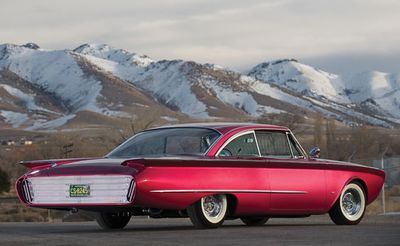 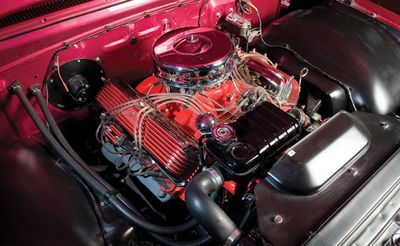 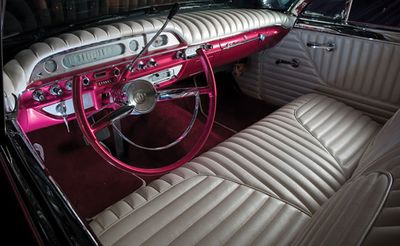 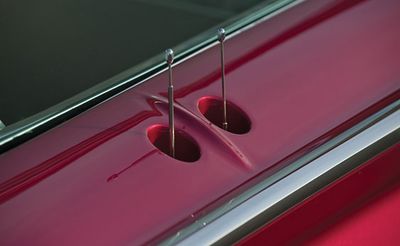 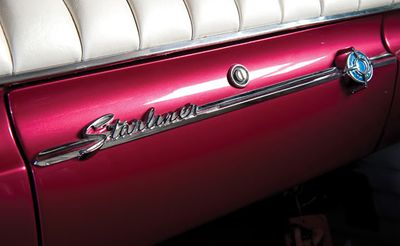 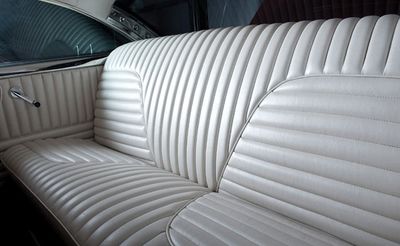 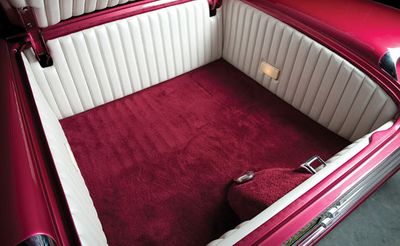 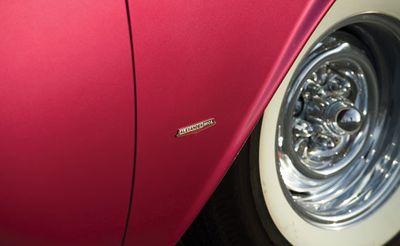 1960 Ford Starliner restyled by John Schleicher of South Sain Paul, Minnesota. John's Ford is a clone of the Alexander Brothers restyled "Adonis". Adonis was another one of the wild and award-winning creations from the fertile minds of Detroit’s Alexander Brothers. It started life as a 1960 Ford Starliner, owned by Bill Whetstone, who brought the car to the brothers’ shop for what turned into a massive 20-month build. The finished product was simply stunning and became a staple at car shows around the country and in every imaginable magazine and publication, including Car Craft, where it was selected as one of the Ten Best for 1962. The most striking feature was the matching front and rear chrome-tube grilles, which were inserted into re-constructed openings at either end. The white rolled and pleated interior was equally impressive and exhibited that classic Alexander Brothers touch. Originally finished in Candy Cherry, the car was taken back to the A-Brothers to be refinished and have its rear fins removed, among other modifications. There were therefore several Adonis variants over time, but after Whetstone sold the car, it evidently disappeared forever.[1]

In came John Schleicher who was determined to build the most exacting recreation anybody had ever attempted – a project he started after coming across a picture of the original in a magazine at a swap meet and deciding he needed to build the first version the Brothers had customized. After buying the right car and collecting parts for quite some time, he got to work after getting in touch with Mike Alexander and, through him, to Bill Whetstone. The two were instrumental in conducting the research and providing everything from build photos to personal memories. This was supplemented by an enormous amount of documentation on the car, along with photographs and how-to articles. The hardest part was the quarter moldings, he relates, but his hard work paid off in the end with its debut at the Detroit Autorama’s Alexander Brothers display in 2002. From there it went on to win several awards and was also driven and enjoyed quite extensively.[1]

All told, the only notable difference between Schleicher’s recreation and the original is the absence of a front license plate frame, which was originally installed to comply with Michigan’s strict laws in the 1960s but subsequently removed because all agreed it was unattractive. Otherwise it’s all there – from the white interior (by Bob Holland of Hastings, Minnesota) to the Appleton spots, the tunneled antennae, chrome reversed wheels and even a recreated ACCA decal in the window. It has certainly earned its “Adonis” name and is every bit as breathtakingly good looking as the original. [1]

Please get in touch with us at mail@kustomrama.com if you have additional information or photos to share about John Schleicher's 1960 Ford Starliner - The Adonis Tribute Build.