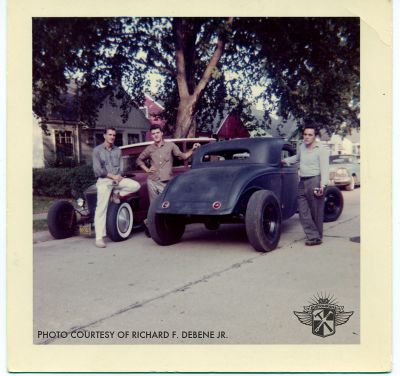 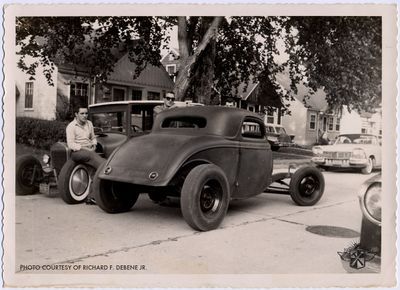 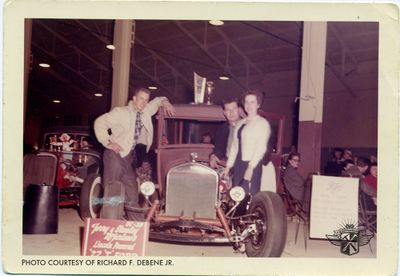 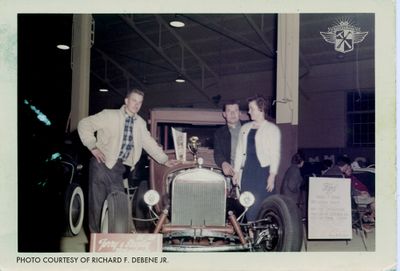 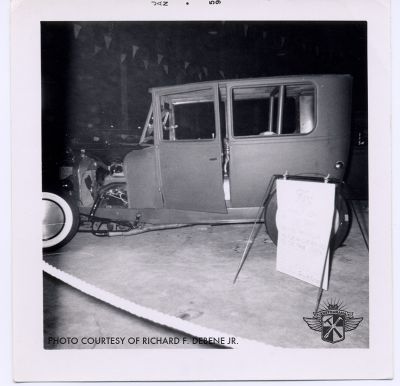 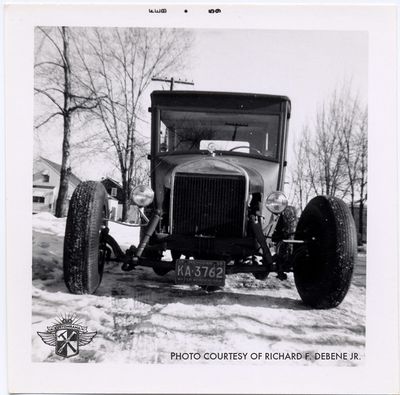 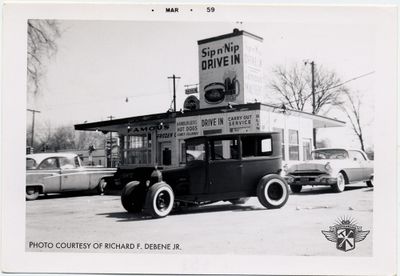 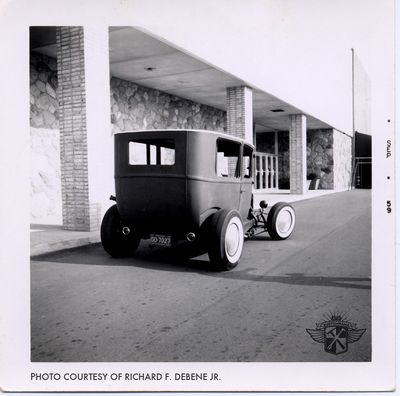 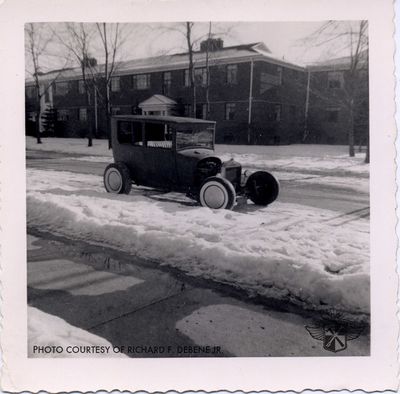 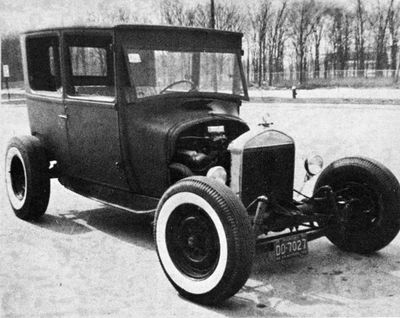 This letter from Terry was posted in the "Post Entry" section of Hot Rod Magazine January 1960. 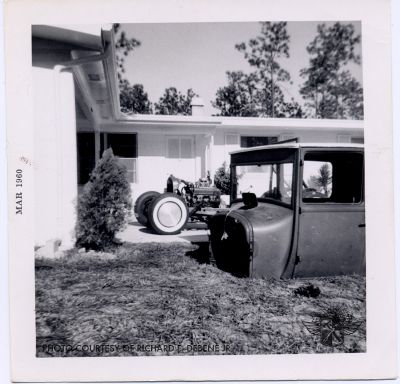 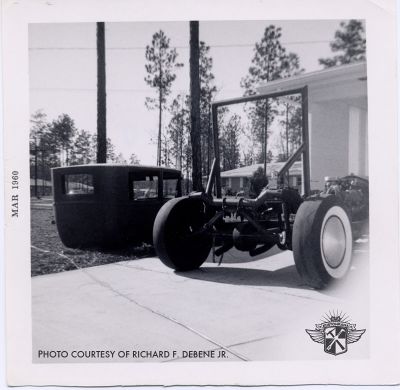 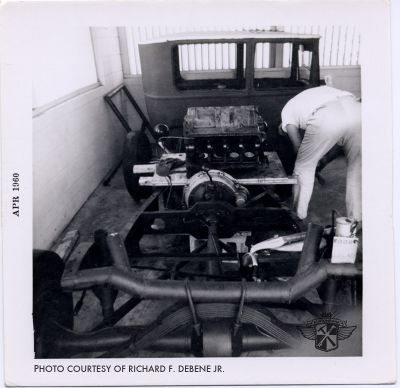 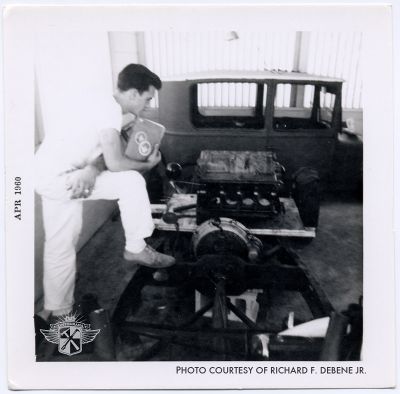 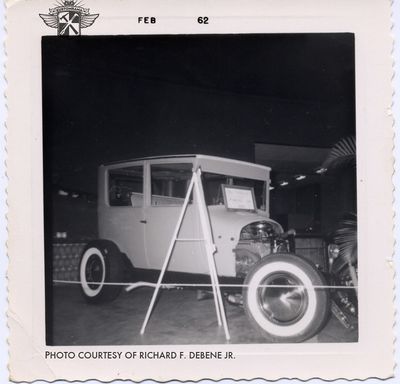 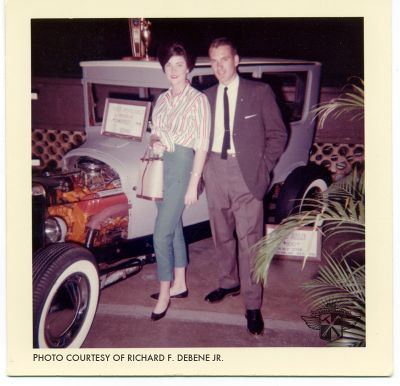 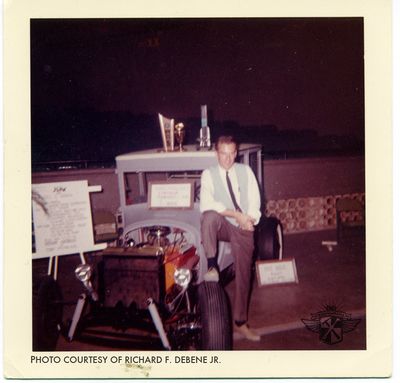 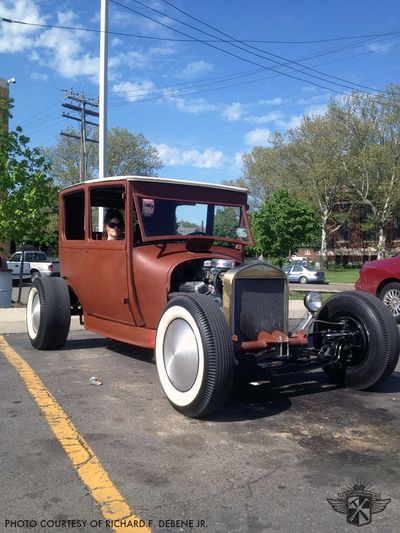 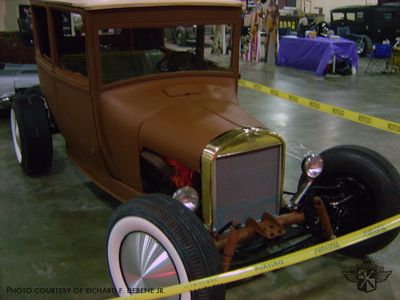 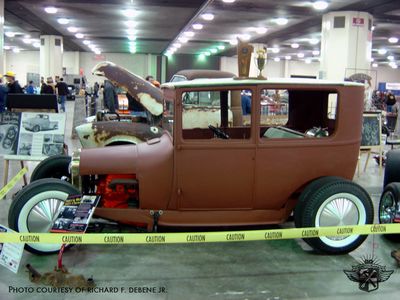 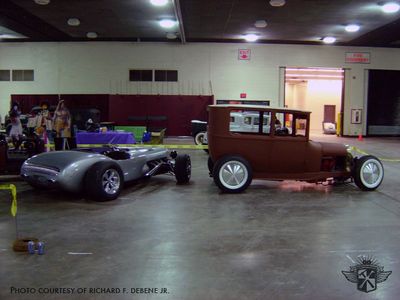 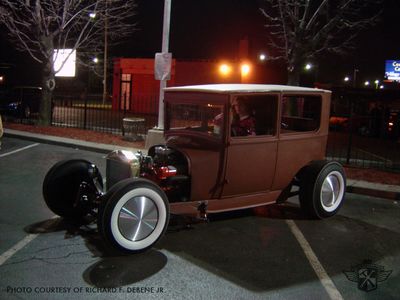 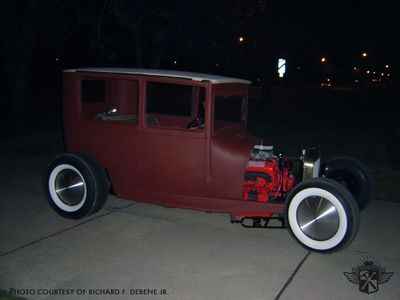 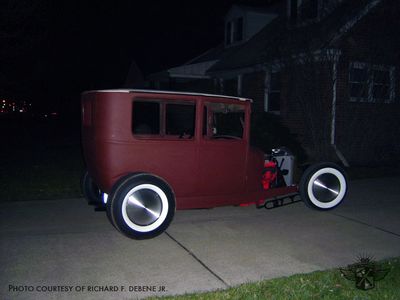 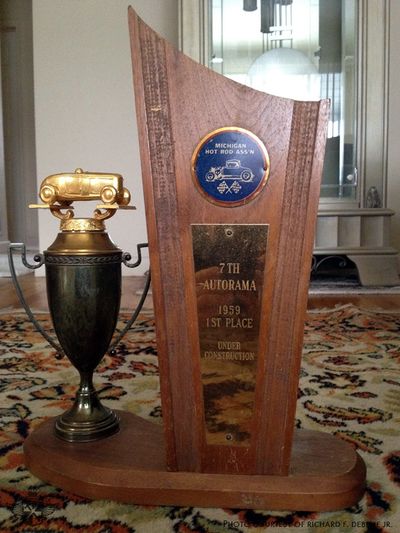 The 1st place award Terry won with the sedan in the "Under Construction" class at the 1959 Detroit Autorama. Richard F. DeBene Jr. got this trophy from Terry.

1927 Ford Model-T Sedan originally owned and built by Dick Cote of Dearborn, Michigan. Dick built the sedan in 1955, and it was originally fit with a 354 Hemi engine. In 1956 or 1957 Dick sold the car to Terry McFarlane, also he from Dearborn. As Dick's girl got pregnant, Dick decided to sell the car, minus the Hemi engine, for a diamond ring. As Dick sold the car without the Hemi engine, Terry's dad got a 1957 Lincoln 368 engine from work for his son.[1]

Terry McFarlane of Dearborn, Michigan sent a picture of his neat 1927 Ford Model-T Sedan to the issue of Custom Rodder November 1959, requesting them to show it in their magazine. The 1927 Ford body was mounted on a 1932 Ford frame modified with hydraulic brakes all around. The mill originated from a 1957 Lincoln running an experimental cam and a chopped and balanced flywheel and clutch assembly. The rear axle was a 4.44 driven by a 1939 Ford transmission with Zephyr 25-tooth cogs.[2] The rear end was hung up by a Model A spring. Later on another letter and photo from Terry was posted in the "Post Entry" section of Hot Rod Magazine January 1960, by then the car had been fit with Moon Discs in the rear.

Terry entered the sedan at the 1959 Detroit Autorama where it won 1st place in the "Under Construction" class.

In 1964 Terry sold the car to Dick DeBene of Dearborn. Dick passed the car on to his son Richard F. DeBene Jr., who restored it back to its mid 1950s configuration. In 2012 the Lincoln engine Terry installed is still in the car.

Please get in touch with us at mail@kustomrama.com if you have additional information or photos to share about Terry McFarlane's 1927 Ford.