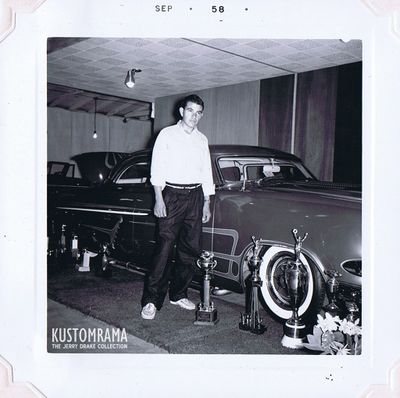 A photo of Rudy with his Ford taken at the 1958 Muncie, Indiana Auto Show. Photo from the Jerry Drake Photo Collection. 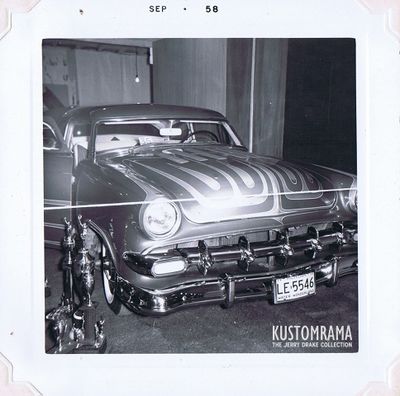 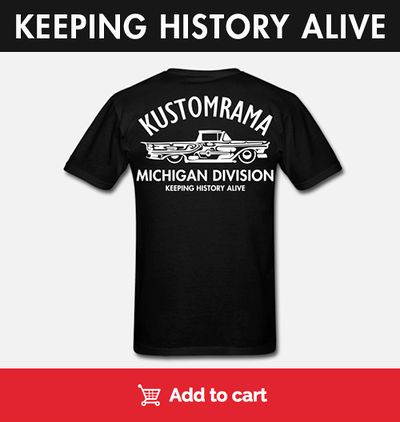 1954 Ford owned by Capitol City Customs member Rudy Rodriguez of Lansing, Michigan. Rudy's Ford was restyled by Lloyd Cooper at Cooper Body Shop, and it is believed to be one of four customs done by Lloyd. In 1957, when Jerry Drake bought his first car, a 1955 Ford Fairlane, Cooper had already done two customs; Terry Smith's 1954 Ford and Rudy's Ford. Terry was Jerry's rival, and as he was having his car done at Cooper's Body Shop, Jerry approached Ed Blaisdell about doing his car; "Ed Blaisdell's Body Shop and Lloyd Cooper's Body Shop was only a mile from one another. I thought they were rivals but found out later that Ed got together with Lloyd every Saturday night at Cooper Body Shop, drank whiskey and traded bullshit with each other," Jerry told Kustomrama in 2015.[1]

Rudy was a friend of Jerry. In 2015 Jerry told Kustomrama that Rudy's Ford was scalloped by a Larry Watson imposter; “It was done either at the Muncie or Fort Wayne show. He had an “exclusive” to the show. He laid out Rudy’s scallops on Saturday night after the show had closed, and painted them with “rattle cans.” He was going to stripe them on Sunday, but someone who knew Watson personally “blew the whistle” on this guy and he was asked to leave the show immediately.”[1]

Please get in touch with us at mail@kustomrama.com if you have additional information or photos to share about Rudy Rodriguez’s 1954 Ford.