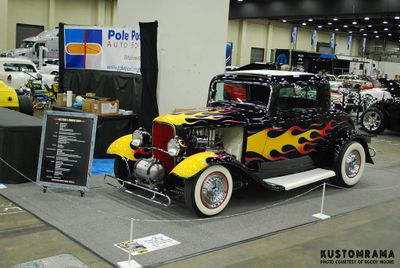 Please get in touch with us at mail@kustomrama.com if you have additional information or photos to share about Roddy Moore's 1932 Ford.