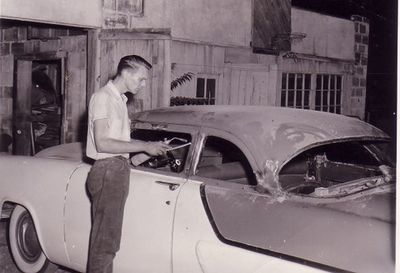 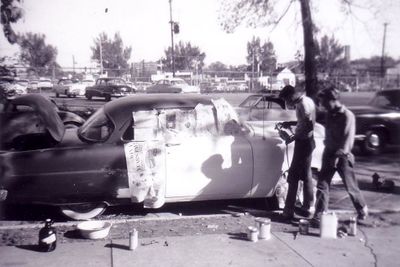 Ray painting the Ford in the street while cars are driving by. Notice the tiny diaphragm compressor on the street. 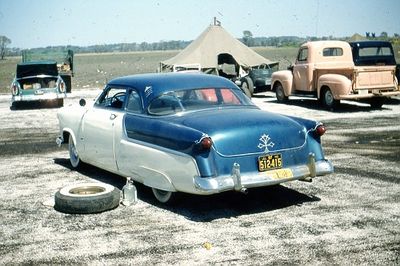 The Ford in the pit area during the 1956 NHRA Nationals in Kansas City. Photo provided by Ray Erickson. 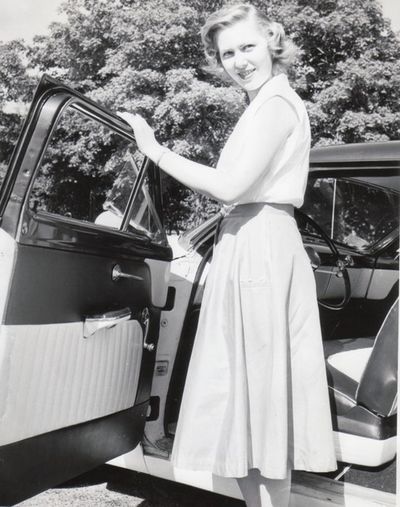 Joan with the Ford. Photo provided by Ray Erickson. 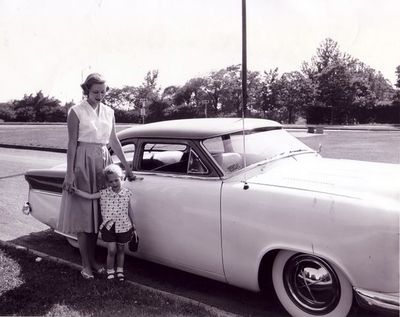 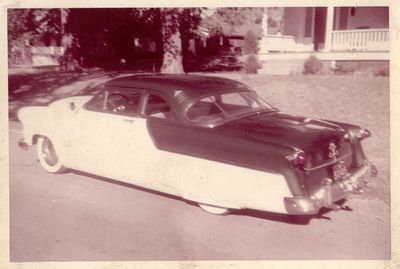 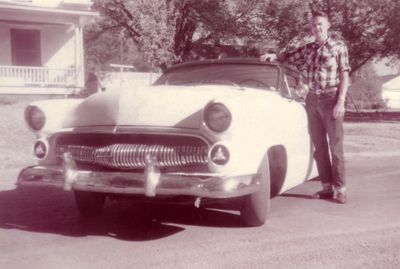 Ray next to the Ford 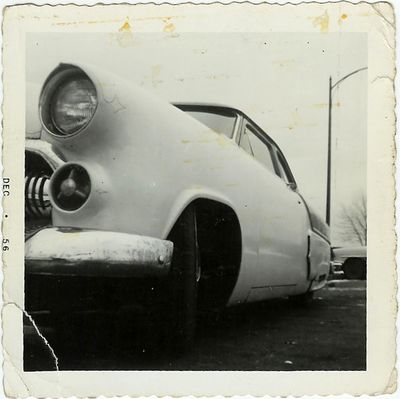 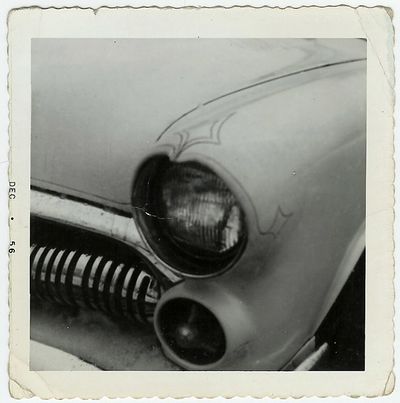 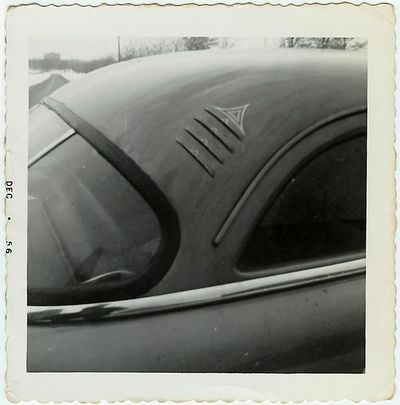 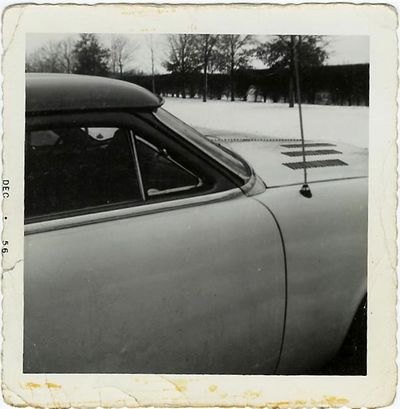 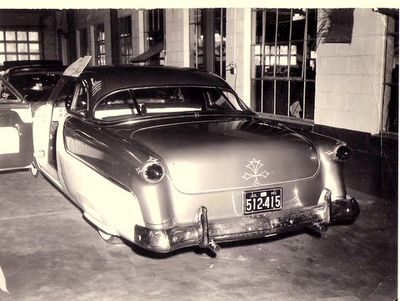 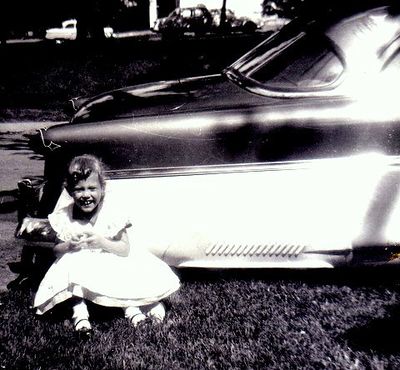 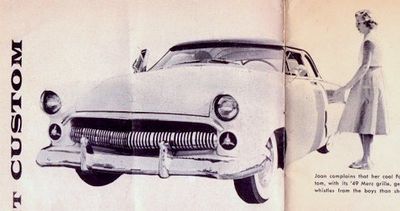 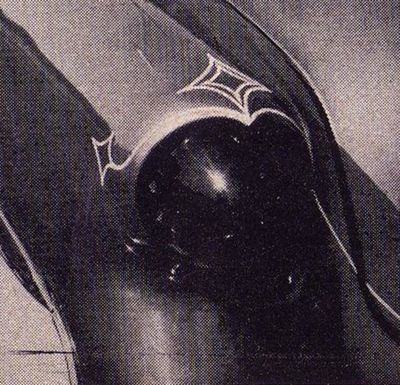 1952 Ford Coupe owned and restyled by Kansas City Cranktwisters member Ray Erickson of Kansas City, Missouri. The car was also known as "The Whistle Bait" as his wife Joan drove the car a lot. In a featured story in Rod Builder & Customizer November 1956 the car was actually described as Joan's car. Ray and Joan did everything on the car themselves in their neighbors back yard next to their apartment. $350 was spent on materials during the custom work. Ray and Joan started to restyle the car in the summer of 1955. The chop on the car was started while Joan and their daughter were in California with her family for a couple of weeks. Joan didn't know about the chop until she returned from California. Ray chopped the top 3 inches all around. He did not cut the windshield, but laid it instead back under the roof. By doing this Ray also made a visored roof over the glass. A new rear window was made out of Plexiglass. As Ray was sabersawing the Plexiglas, it chattered and made a 2 inch crack. He didn't have money to buy more Plexiglas, so he drilled a hole to stop the crack and fitted 2 pieces of chrome strips so it looked like a 3 piece window. The hood was shaved before 114 louvers were punched into it. The roof and fender skirts also got some louvers. All louvers were made with a punch handmade from a brass die. Dick Boucher held a big block of wood against the outside part of the louver die, while Ray punched from the inside. The stock grille was replaced by a 1949 Mercury piece and the headlights were peaked and frenched as were the parking lights. The deck lid was shaved of its ornamentation and the taillights got the same "frenched and peaked" treatment as the front. Non-functional scoops were made on the quarter panels. The body was lowered 6 inches in the rear and 5 inches in front. In addition to lowering blocks, they cut one and a half turns out of the front coils, C'ed the frame and installed rubber cushions above the coils. Once the bodywork was done, the Ford was painted in a 1956 Dodge Royal Blue on the top, and Fleet White on the lower part of the body. After 8 coats of clear lacquer, Ray did the pinstriping.[1] Union Auto Trim of Kansas City stitched the interior and headliner and Ray installed the pieces. The dashboard and window frames were also painted in a two tone color. The build was completed in the spring of 1956 and not long after its debut it was featured in Rod Builder & Customizer November 1956.[2]

The Ford was later sold to a kid named Paul Jeffers for a bunch of cash and a 1950 Mercury. Joan and Ray were about to buy a house at the time and the money helped them get it. Ray heard that Paul and his dad installed a Oldsmobile Rocket motor in the car, but Ray never saw the car again after it was sold.[2]

Please get in touch with us at mail@kustomrama.com if you have additional information or photos to share about Ray Erickson's 1952 Ford.