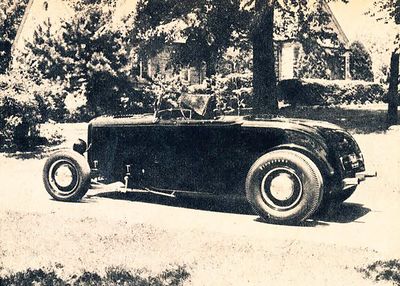 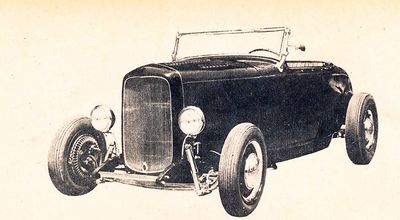 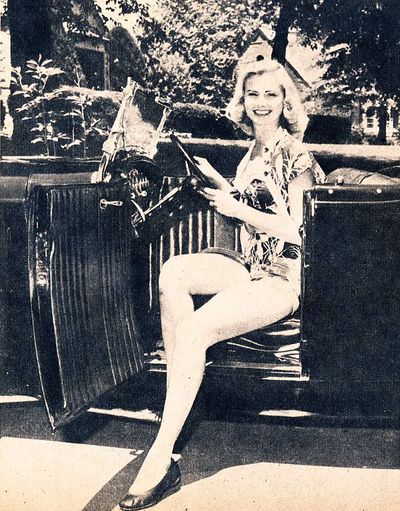 Virginia Johnson behind the wheel. Photo by Dean Moon. 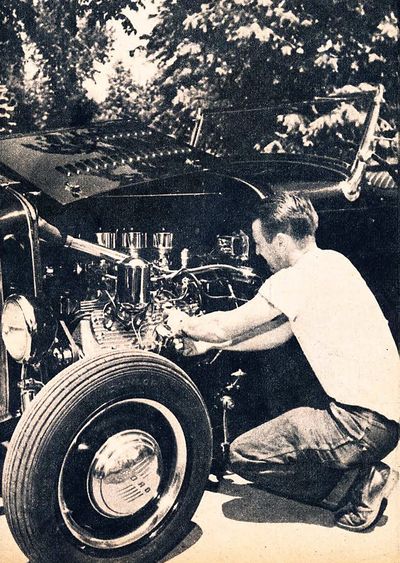 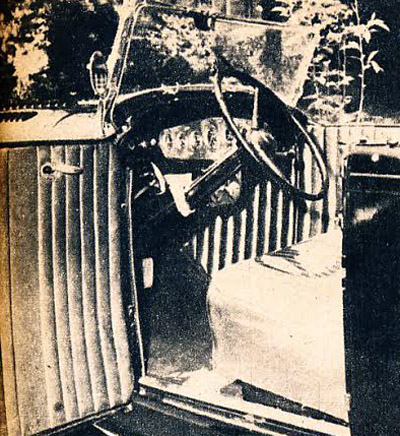 The upholstery was done in pleated red leatherette. Photo by Dean Moon.

1932 Ford Roadster owned and built by Ralph Neal of Ashtabula, Ohio. Ralph built the roadster at his speed shop. Being the local "speed-merchant", the engine was hot as hell, and held the top time at the quarter mile, which was 115 mph on gasoline. The engine was balanced 1/2" and stroked with a bore of 3 3/8". It had a three jug Edelbrock manifold, Edelbrock heads, Harmon & Collins cam, and large valves. Ralph punched louvers in the hood with home made dies to add cooling and style to the car.[1]

The upholstert was done in pleated red leatherette by Ralph and a friend. The chassis featured a fully chromed front end using Kinmont disc brakes, 50/50 tubular shocks, and a dropped axle. The frame was kicked up in the rear. A Halibrand quick-change rear end was used for quick shifting. Ralph had six sets of different gears which he used for drags, street and road driving, and so on.[1]

Please get in touch with us at mail@kustomrama.com if you have additional information or photos to share about Ralph Neal's 1932 Ford.